More and more people are adopting a vegan lifestyle these days.

So why has a vegan lifestyle become so popular and is it something we should all consider? Veganism seems to be in the news every week. Only yesterday, vegan protesters blocked the meat aisles in a well-known UK supermarket.

Some food experts are describing veganism as the ‘biggest rising food trend of 2018’. Searches for ‘plant-based’ foods have increased.

Moreover, just over 3% of the UK’s population is now either vegetarian or vegan. The majority of these (42%) lie in the 15-34 age category. There are fewer vegans (14%) over the age of 65. But all indicators suggest that these figures will continue to rise.

Not to mention the celebrity advocates of veganism as well, which give it added appeal. From singers such as Beyoncé, Miley Cyrus, to actors like Joaquin Phoenix, Liam Hemsworth, Peter Dinklage, and Woody Harrelson.

Not only that but more people are participating in Veganuary. This is the month of January where we are encouraged to try a vegan lifestyle for four weeks.

There is one obvious reason why people decide to give up meat, fish, eggs, and dairy from their diet. That is because they do not condone the suffering of animals. But there are other reasons as well.

Film director James Cameron reportedly said that he adopted a vegan lifestyle because of climate change. Whereas Michelle Pfeiffer turned vegan for health reasons, in particular, to improve her complexion. She spoke to lifestyle magazine Urbanette:

“Eating a vegan diet — it’s just so much healthier — and you avoid a lot of toxins that could age your skin and your body. I really noticed a difference in my skin not too long after switching to fully vegan.” Michelle Pfeiffer

It is the healthy eating part that appeals to so many athletes who have also taken up a vegan lifestyle. Serena and Venus Williams are both vegans. Venus decided to adopt a vegan diet after she began to feel unwell.

“I was diagnosed with an autoimmune disease, and I wanted to maintain my performance on the court. Once I started, I fell in love with the concept of fuelling your body in the best way possible [through raw, vegan food].” Venus Williams

So what can we attribute to the rise of a vegan lifestyle? 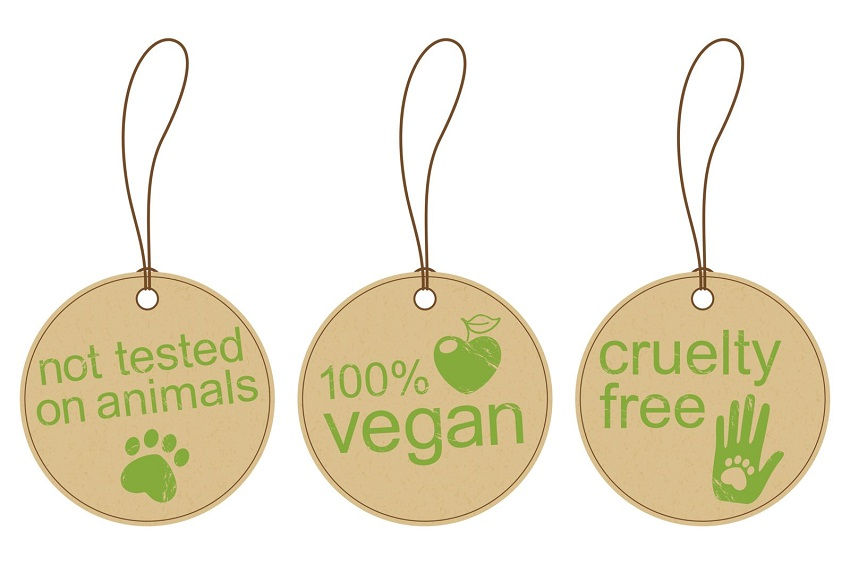 A Vegan Lifestyle is healthier

A plant-based diet has health benefits

Plant-based foods have natural essential vitamins and minerals such as folates, magnesium, and potassium in them. They also have a range of healing antioxidants, anti-inflammatory compounds, more fiber, and fewer saturated fats.

Vegans who do eat healthily typically suffer fewer heart attacks, less diet-related cancers, less type-2 diabetes and fewer diseases such as diverticulitis. This is thought to be because vegans tend to eat less processed foods. Their diet consists of a higher intake of fiber, as in more grains and legumes.

Bacteria and toxins are found more in meat and dairy products than plant-based ones. Vegans also suffer fewer migraines when they give up meat and dairy. Migraines are usually triggered by a food product and these products are typically meat or dairy.

A plant-based diet can also relieve certain ailments and symptoms. A vegan diet can actually reduce heart disease. This is because natural elements in plants and vegetables are able to reduce cholesterol.

It has also been shown to reduce rheumatoid arthritis. This is because plants contain anti-inflammatory ingredients whereas meat and dairy products can cause inflammation. They are low in fat and contain fewer calories. This means they are great if you want to lose weight.

Vegan also report feeling happier on a meat-free diet. Research shows that vegans rate their levels of happiness much higher than meat eaters. Most vegan meals are made from fresh ingredients which are better for your health.

Fruit and vegetables are packed full with all the necessary ingredients we need to maintain our body and mind health. Minerals like magnesium help to balance our moods. Vitamins A, C, D, and E are essential for our brain health. They keep dopamine levels steady and are vital for neural processing.

Of course, there are those that say a vegan diet lacks protein. However, protein is in every vegetable and fruit and the body doesn’t need as much as you think. We require around 5 – 10% of our diet to consist of protein. Furthermore, this protein does not have to come from an animal source.

Protein can be found in fruit and vegetables, nuts, grains, seeds, beans, and legumes.

So is a vegan lifestyle healthier?

There’s no doubt that a vegan lifestyle can be healthier, but only if you eat a balanced diet. Having chips and baked beans every day is not a healthy vegan diet.

It is better for the environment

How does rearing meat cause an impact on the environment? Well, for a start, it requires more resources than crop growing. You need more land, more water, and more food to produce livestock than you do for plants.

For example, it takes 7kgs of grain to produce 1kg of beef. Not only that, but plants actually soak up carbon dioxide and release oxygen. Whereas animals breathe in oxygen and emit methane. As a result, animal agriculture is one of the biggest contributors to greenhouse emissions.

To put this in perspective, that kilo of beef produces 27kg of CO2.  This compares to just 0.9kg for a kilo of lentils.

A recent study included data from almost 40,000 meat, dairy and plant-based producers. It came to the conclusion that meat and dairy production is responsible for 60% of all agriculture’s greenhouse gases. However, this production only yields 18% of the calories we require and 37% of the protein.

Another study determined that if the majority of us adopted a vegan lifestyle not only could we cut emissions by a whopping 70%, but it could also cut 8.1 million deaths a year. Half these avoided deaths are due to the reduction in consuming red meat, but the other half was because of the increase in fruit and vegetables.

So is veganism better for the environment?

However, there are those that do not think a vegan lifestyle helps the environment. As vegans typically have to find a varied range of plant-based products, they’ll try unusual and new things from around the world. Stuff that doesn’t tend to be grown here.

For example, the prices of quinoa and avocados have rocketed in recent years. This is due to higher demand. But is it environmentally sound to ship these exotic foodstuffs over halfway across the planet?

Or would a locally-sourced lamb chop from a farm down the road be more in keeping with helping to reduce climate change? There is also an impact on the growers of these fruits and vegetables.

As with all things, there are pros and cons. Less meat means more land for wildlife. Insects pollinate fruit and vegetable crops which also good for the environment. But should we be shipping food thousands of miles and contributing in a different way to greenhouse gases?

At the end of the day, it is up to us to make better food choices. Ones that are healthier for us and don’t harm the environment at the same time.

Janey Davies, B.A. (Hons)
Staff writer at Life Advancer
Janey Davies is a professional writer who has been published online for over 10 years. She has an Honours Degree in Psychology from the Open University and her passions include learning about the mind, popular science, and politics. When she is relaxing, she likes to walk her dog, read science fiction, and listen to Muse.

The Truth About Plastic – Infographic