There was tension in the air when the famous Mayan long count calendar ended in 2012 on the winter solstice. People around the world were aware that something unpredictable could be happening on that mystical date. Some feared it would be the end of the world. But with those who have been initiated were happy to wave the long period of darkness goodbye. And above all to welcome the new golden era to unfold to our beloved mother Gaia.

I traveled there a week before that event in Mexico’s jungle. Our director had come to the country with the film crew already one month before. The film crew in total had just been in Guatemala, Finland, and Egypt.

When arriving to Palenque’s jungles the energy’s were charged and excited. You could feel them sparkling on your solar plexus when approaching the famous pyramids. Whilst in the background monkeys shouted their message from the jungle treetops.

When the Mayans thrived, the ancient city of Palenque was known as Lakam Ha – the big water (many scholars believe, that Palenque was on the shore of the ocean in those days). The ruler of the city and whole meso – America was a king called Pacal who was the same guy who ordered the famous Mayan calendar to be built. Palenque and the Mayas were visited on even those days many nationalities around the world; Egyptians, Indians, and Chinese. All nationalities weren´t even from the earth and the interaction with the Gods was quite common.

Infamous sarcophagus of Pacal can be seen with the king flying with a ship in space surrounded by heavenly bodies and many other strange details (e.g. oxygen tube to his nose), which has been confusing the scholars around the world.

When the day was coming closer, the jungle came alive with different kinds of ceremony’s and meditation gatherings and in the night sky, many strange bright lights could be seen. People from around the world were changing the ideas and wild theories about the coming of the beginning of a new era.

The director of our documentary Olli Ylinen had his calling to go to Chichen Itza for the Synthesis Festival to gather the footage from there about how the people felt on the ending date of the calendar while I stayed at Palenque and had my camera rolling there. So in the final film, we will a wide variety of people in different places in the ending date. 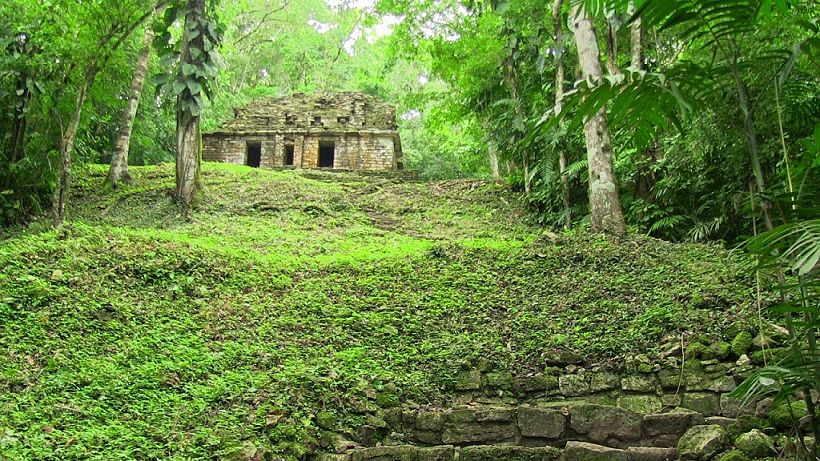 For me, the alternative history of mankind has always been one of my main interests and spiritual growth has been also part of my life last decade. I´ve been feeling many years, that the closing winter solstice would be remarkably fundamental for us all and app. 30 ancient cultures back us on this. So when Olli asked me to produce this movie there wasn´t any hesitation on that matter!

Many of Mayan prophecies have already come true (similar prophecies have been found from Egypt, Tibet and with Hopi – Indians, and there is a story, that all these cultures have been originated from long sunk Atlantis – continent) and many of these prophecies are being fulfilled as we speak.

We are living on our planet very major times and this is one reason we felt so necessary to document this coming of new light and tell this monumental story about the edge of a Golden Age we are living.

Every one of us has the power to speed up this positive and benevolent shift we going thru and we all share the responsibility on it as well. And as one of the most powerful prophecies of Mayas states that “We are the Prophecy”.

In Lak’ech – You are another me. (Ancient greetings of Mayas)

The Beginning of a New Era Movie pays a visit in seven different counties, a huge number of pyramids, is interviewed with many Maya – archeologists, light workers and for example Diana Cooper and Foster Gamble/

Warm thanks with Blessings, Tuomas Kytömäki. Producer of the movie Beginning of a New Era – www.newerathemovie.com

“Life is so short we must move very slowly..”

17 Magnificent Sunsets You Should See In a Lifetime