No matter how regularly you clear the clutter at home, it keeps on coming back. However, clutter is not always physical – it can be mental too.

Sometimes you would do a garage sale to clear the clutter once and for all. At other times, you would simply donate it to charity institutions.

But more often, a few months after, you would once again see that the vacant shelves emptied of previous clutter are already occupied by the new one. And thus, the clutter cycle goes on and on without respite.

But What Is Clutter Then?

The ever-faithful Wikipedia would define clutter as “a confusing or disorderly state or collection, and a possible symptom of compulsive hoarding.”

This is certainly a good definition, and if you look closely at this meaning, you would readily notice that it does not specifically refer to material clutter. It can also be suggestive of a mental state called “mental clutter”.

You can easily get rid of ordinary clutter by simply tweaking your present buying behavior and refraining from buying unnecessary things. If you are successful, you would soon find that the things inside your home are only those things that you truly need.

Another viable way to get rid of sentimentally-valued home clutter is to ship it out to a storage vault. At least in doing so, you can temporarily clear the clutter without necessarily severing your strong attachments to it and without totally losing it.

Getting rid of mental clutter, however, is a tougher job.

What Is Mental Clutter?

Obviously, mental clutter is not abnormal neurotransmitters, nor is it hypertrophic brain cells that abnormally crowd your brain. The term “clutter” is simply analogically used to refer to thoughts that are self-sabotaging.

Hence, any nagging negative thought that hinders you from becoming your best self is generally considered mental clutter.

You would surely have a hard-time decluttering your mind of negative programs. If your mind has been hardwired to think in a certain way, you would surely find it hard to reconfigure your brain’s neurological wiring.

In a way, you must radically debunk some of your hardwired mental habits to give way to positive mental habits. Moreover, you should refrain from worrying because worries are obviously the mind’s primary clutter.

So how do you clear the clutter in your subconscious? 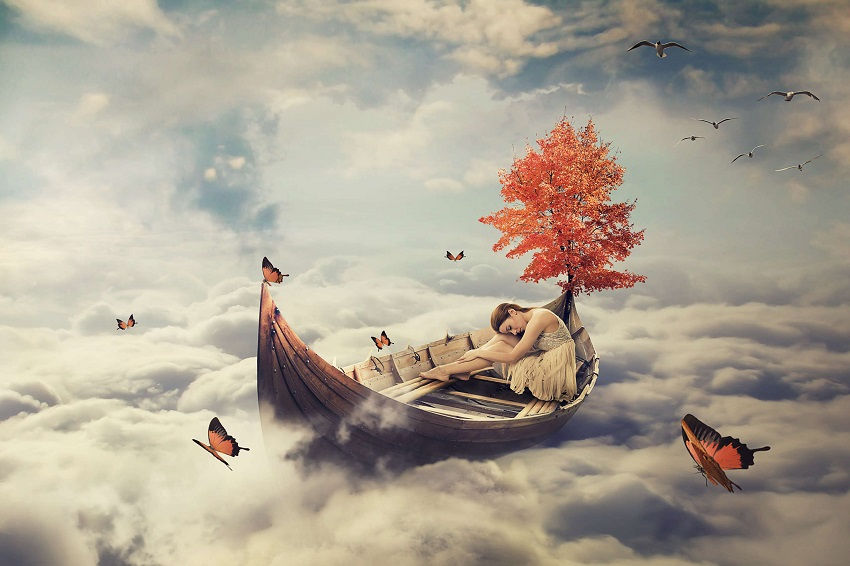 It was Sigmund Freud who first postulated the idea of the subconscious, and we’re thankful to him because now we truly understand that many of our behaviors are imbued with the programs deep within the subconscious mind.

But can we really change our subconscious programs or are they forever inaccessible and unchangeable? This is probably your next question as we plod deeper into the subconscious.

The answer is a resounding “Yes!”. Many experts in human behavior suggest that subconscious programs could be changed via autosuggestion.

If you have, for example, a nagging negative thought that says “You’re not good enough,” or “You can’t do that,” then you have a negative subconscious program.

More often, you don’t know how this program became deeply ingrained in your subconscious, but it surely had been slowly formed there during your growing-up process.

Maybe a significant person in your life once told you that you would not amount to anything, and this program has been further solidified by some events in your life.

The good thing, however, is that you can slowly tweak this subconscious programming via autosuggestion. You can daily autosuggest the opposite positive program you would like to inculcate in your subconscious mind.

Similarly, if you often feel sickly and weak, for example, you can regularly autosuggest this affirmative statement: “Every day, in every way, I am getting better and better.”

There are many other affirmative statements that you can use for autosuggestion to influence your subconscious mind.

And if you are really determined to alter your subconscious programs, you should constantly engage in positive autosuggestions.

Remember to regularly clear the clutter – both in your home and in your mind.

Valerie Soleil, B.A., LL.B.
Sub-editor & staff writer at Life Advancer
Valerie Soleil is a writer with over 5 years of experience and holds a bachelor's degree in law and a B.A. in Psychology. She is a health & fitness enthusiast who constantly expands her knowledge about the latest trends in fitness and nutrition.

Raising Your Vibration: How It Happens and Why It’s Important

Anxiety in Children: What Causes It and How to Recognize the Early Symptoms

Timeboxing Technique & How It Can Increase Your Productivity