Washing chicken could be harmful to your health, according to science.

In modern times, when the running water is a luxury of every home, we often tend to wash all the food we prepare before cooking.

Somehow we think that by washing the food before cooking, we make a double percussion in regards to hygiene. This especially stands for meat. No matter if we bought the meat from a local butcher or we bought packed pieces from the supermarket, we always like to wash it before cooking.

Chicken nowadays comes in all different shapes and varieties. Sometimes we buy a whole chicken, sometimes it’s chopped, skinned, processed in many ways. We tend to wash everything. We might think that doing so is protecting us from bacteria and other microorganisms living on the surface of the chicken.

Yet, a recent study from Great Britain has shown that washing chicken is actually putting us at much greater risk of getting food poisoning.

The case of an elderly British Peter Clarke (79), who was washing chicken before putting it in the oven and then suffered a heavy poisoning, forced the English Agency for Standardisation of food to issue a statement warning to the public.

This statement says that by washing chicken before cooking it, you are actually jeopardizing your health and the health of the members of your household.

You Are Much Safer If You Don’t Wash Raw Chicken.

In fact, most of the chicken from farms, which we buy in stores, contains a bacteria called Campylobacter. This bacteria can seriously damage human health. BBC has published information that Campylobacter affects about 280,000 Britons. This is the same number as of E. coli, salmonella and listeria together.

By washing the chicken under a jet of running water, you are spreading the bacteria from the surface of the chicken all around your kitchen. It cannot be cleaned or destroyed easily by standard cleaning with warm water and soap. Even the antibacterial cleaning agents cannot promise to clean it totally.

On the other hand, baking or boiling the chicken kills all of this and many other bacteria. In other words, you are much safer if you don’t wash the chicken and bake it straight away.

It Affects Us Several Days Later.

An interesting fact about this bacteria is that the poisoning caused by it affects us several days after it reaches our organism. The symptoms are similar to any other food poisoning, but it can take up to six days for the symptoms to start. You might feel a headache, severe vomiting, diarrhea, stomach pains, fever…

Campylobacter causes gastrointestinal infection. Most people who are infected with Campylobacter are ill three to five days, but in about 20 percent of cases, symptoms can last up to two weeks, or even longer. It happens that people are so ill from this poisoning that they have to be admitted to the hospital.

The bacteria is spread by small drops of water while you are washing the chicken and can reach other kitchen utensils, glasses, spoons, or any other surfaces, which can later infect the other food. When you are storing the chicken before using it, the best way is to wrap it well in a plastic foil and keep it in a container.

It will separate it from other foods in the refrigerator. Try always to use as fresh chicken as possible. When you are cooking it, make sure that the temperature is high enough so that all the bacteria are killed in the process.

Also, after preparing the chicken, wash all the utensils that you have used with hot water and dishwashing soap. Also, a great way to keep your kitchen safe is to occasionally clean it with a mixture of alcohol vinegar and baking soda. This will remove the bacteria from your kitchen surfaces, as well as will neutralize the odors. 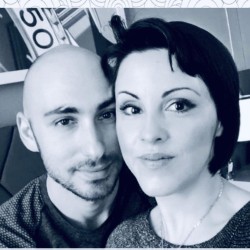