Do you believe that you have some ‘bad’ personality traits?

Below are some personality traits that shouldn’t be viewed as flaws but instead endearing traits that a lot of people “suffer” with.

The physical signs of embarrassment are often worse than the event themselves. The flushed cheeks, the light sweating, perhaps even excessive chatter can lead people to surgery to hide these “flaws”.

However, a study was undertaken by psychologists Feinber, Willer and Keitner have shown that these so-called flaws can mean that embarrassed people are “more cooperative, trustworthy and generous” and people often wanted to spend more time with them.

People who embarrass easily often feel they are weak or not very sociable, but in fact, the flushed cheeks can often mean the person is loyal and reliable. They also found that people who embarrass often are more likely to remain faithful in a relationship.

Revealing too much personal information to the wrong person in the wrong circumstance is obviously not a good thing. Having no filter when in social situations can also be very problematic. However, sharing information can be a positive thing.

According to a study when you gradually reveal information about yourself to someone, it’s a great way of developing intimacy and a closeness with that person. If you have a moment of vulnerability with someone, whilst at the time if can be quite uncomfortable, it could break down walls and encourage a more authentic relationship to develop.

A study that was undertaken back in 1997 found that if you took two strangers and got them to ask each other 36 probing questions, they experienced closeness in forty-five minutes. One couple in the study (complete strangers to begin with) got married six months after the study was completed.

If you are clumsy you will often be panicking at the thought of social situations where you might fall over or spill something. Jennifer Lawrence tripped over her gown when she was at the Oscars in 2013 to collect her Best Actress award. At the time she was probably mortified, but it made people like her even more because it showed she was normal and clumsy just like the rest of us.

When we spill something or trip over, we become more “human” and can make people around us feel more comfortable.

4. You are very Honest

Honesty is the best policy. However, being too honest can get you into trouble and create enemies. Honesty does show people that you can be straight with them, even if what you have to say maybe is painful to hear (think weight gain or an unflattering outfit). Research has shown that people who are honest are actually happier people. They also make really good friends.

Being shy can lead you to miss out on some opportunities and can be seen as  a weakness, however, it does have its positives. People who are shy tend to be more reflective and observant than more outgoing people and shy people are often great listeners.

Being selfish by constantly thinking of yourself and ignoring others is not often seen as a good thing. There are many of us, however, that could do with being a bit more selfish and saying no to situations we are not happy with.

If you are guilty of being a people pleaser you will often be highly stressed and unable to enjoy yourself. So it’s ok to be selfish now and then, for your own sanity.

Messy people are very often accused of being unproductive and lazy. Someone with a messy desk, however, is more likely to be creative and take risks, which often pay off in the workplace. Remember there is a difference between messy and dirty.

So if you happen to have any of the above personality traits, remember they aren’t always negative and make you a happier, friendlier trustworthy person, even if you do spill coffee over yourself. 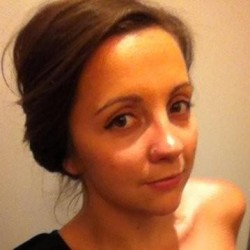