For everyone residing on this magnificent planet, the sun gives us life. Sun gazing offers even more than that!

The sun is the source of life, for without it, we would not exist. I’m just stating the pure and simple truth of the matter. Before we discuss sun gazing, let’s take a look at what the sun already provides for our daily lives.

Photosynthesis comes from the sun, a process that nourishes plant life and keeps them alive. For animals, this plantlife is a huge source of their vitality as well. So, you see how the sun affects many things down the line, feeding plants to feed animals.

As for humans, the sun provides vitamin D, a needed additive to ward off depression and negative health issues. The warmth of the sun, of course, is an obvious reason why we adore this huge ball of fire so much.

There are so many things that thrive off the effects of the sun, and what this heavenly body offers us. But there’s a way to experience even more benefits from the sun too. It’s called sun gazing.

You can reap many outstanding benefits from the sun gazing, not only for physical health but mental health as well. This process can greatly enhance your spiritual life as well.

Here are a few examples of what sun gazing can do for you!

Sun gazing means staring at the sun. Now, as you know, if you stare too long, it can cause damage to your eyesight. Sun gazing means short periods of gazing at the sun, and at safe hours during the day as well. The safe hours are one hour before sunset and one hour after sunrise. It is extremely important to remember these hours to eliminate the negative effects of overexposure.

To take full advantage of sun gazing, make sure you partake of this activity in bare feet while standing on the earth. Keeping the connection with nature helps increase the effects of sun gazing. But I will share more of that later!

History and the man who made sun gazing popular 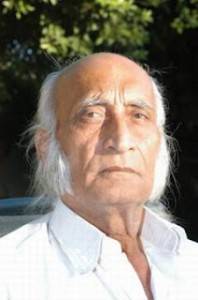 Founder of the Solar Healing centers and website, Hira Ratan Manek is the man who made sun gazing cool. He also brought this activity to the western world.

Aside from water, this man thrives off the energy of the sun. Notice that I didn’t mention food? That’s right, only on occasions does Manek partake in coffee, buttermilk or tea when socializing.

HRM routinely fasts, while scientific and medical practitioners monitor his progress. He states that the sun powers him with physical, mental, spiritual and emotional strengths, improving many areas of his life by only taking in the natural rays of the sun.

Isn’t it amazing! I guess some of this information seems fictional, but the only way to find out is to partake in this activity yourself!

Medical expert on Ayurveda medicine, Dr. C.K. Ramachandran, studied HRM while he fasted for 211 days between 1995-1996. this was the first trial. After this fast, the second one commenced immediately and lasted for twice as long as the first. In case you’re wondering, yes, this is way over a year with no food consumption.

Twenty-one doctors and scientists were present during these observations and noted that everything we thought we knew about humans and their need for food, just wasn’t true.

These observations took place in India, then shortly after, the third study began in the United States. For 130 days, at the University of Thomas Jefferson, HRM repeated his fast for all to see.

Is HRM a genetic mutation? Some people seem to think so. His body is able to do things that most people find impossible.

I guess this could be true, but what if we all could do these same things. Think of the drastic reduction in food that would be needed to keep humans alive!

But more importantly than that, think of the spiritual enlightenment that can be attained by going without carnal nourishment. Fasting cleanses and brings energy to your body long after the fast is over.

Vinny Pinto, the scientist, conducted a survey on 56 subjects. His findings are thus:

Here’s how to sun gaze

There are many methods of sun gazing and this is just one of them. This method should be adjusted as needed according to the person who tries the activity. This particular method is the one that is practiced by HRM himself and as you know, he has had astounding success.

If you do need to adjust the method at all, please read and do your research as to not damage your eyesight during times of high UV radiation. Also, only stare at the sun for the time suggested and no longer.

Other than adjustments for how often your practice this or for what reason, the basic rules should remain the same.

During this time, keep a journal to monitor your progress with the sun gazing. Take notes on your physical and mental well-being so you understand what changes are happening in the process.

Remember, the best part of this whole process is embarking upon the journey. You will experience some of the most amazing things when taking the time to do this every single day.

Damage can be done to the eyes during sun gazing if you don’t stay true to the time specifications. When gazing at particular times as mentioned, there will be no UV radiation, which is what causes this damage.

Continue to research this method to understand the full effects of the sun on your vision as well as any other safety precautions. Otherwise, enjoy and good health to you all!

20 Amazing Uses for Orange and Banana Peels: Don’t Throw Them Away!