Eckhart Tolle’s pain body had been weighing him down for almost all thirty years of his life, until a night in 1977.

For almost thirty years, ever since he could remember, he was burdened with this sinister, palpable baggage of negative energy. But on that night, when Eckhart Tolle’s pain body had brought him to the brink of despair, he suddenly had an epiphany:

“I couldn’t live with myself any longer. And in this, a question arose without an answer: who is the ‘I’ that cannot live with the self? What is the self? I felt drawn into a void! I didn’t know at the time that what really happened was the mind-made self, with its heaviness, its problems, that lives between the unsatisfying past and the fearful future, collapsed. It dissolved. The next morning I woke up and everything was so peaceful. The peace was there because there was no self. Just a sense of presence or “beingness,” just observing and watching”

This quote is the core of Eckhart Tolle’s pain body theory and a cornerstone of his teachings.

Who is Eckhart Tolle?

Born Ulrich Leonard Tölle in 1948, Eckhart Tolle is now considered one of America and Canada’s most influential and prolific spiritual teachers. Having received an unconventional education, he became well versed in religious and spiritual philosophies at a very early age.

His books have been included bestseller lists for decades and his students continue to increase exponentially. His words and way of thought have helped millions of people and offered us a different way of experiencing our own emotional reality.

Eckhart Tolle’s pain body concept arose in 1977, but was better articulated in his 1997 bestseller, “The Power of Now”.

According to Eckhart Tolle, pain body is literally our body of pain. A cumulative entity of all of our previous psychological and emotional trauma, from our infancy to our present. The pain body does not know spatial or temporal limitations. It simply follows us since the moment we are born and awaits its opportunity to strike from the shadows of our subconscious.

As an example, think of an instance like this one. You had an extremely tiresome day at work, and everything seems to be going wrong. You come home, and maybe someone is waiting for you. A friend, or a lover perhaps. They immediately start asking what’s wrong, and it just pushes and pushes you.

Something dark mounts in the pit of your stomach, and you feel appalled at yourself and your life. Everything is so wrong. Nobody wants this person asking questions, reminding you of your failures and weaknesses. If only you were alone.

You just want to disappear.

And suddenly, the thing in your stomach has hijacked your brain. Your limbs are not your own. Nor is your voice, or your mouth, or the words coming out of it. You begin to spew ugly things, painful things. It’s you speaking, but it’s something else being heard.

Eckhart Tolle says this is what the pain body does. Your body of pain, lurking in the corners of your mind, is a mass of all our fears, insecurities, and negative thoughts that we lock away. It’s the negative voices that have told us bad things about ourselves, which we ended up internalizing and mimicking when cornered.

It is our own self-destructive pattern of behaviors.

Eckhart Tolle described the pain body as such:

“The pain-body wants to survive, just like every other entity in existence, and it can only survive if it gets you to unconsciously identify with it. It can then rise up, take you over, “become you,” and live through you. [The pain body] … needs to get its “food” through you. It will feed on any experience that resonates with its own kind of energy, anything that creates further pain in whatever form: anger, destructiveness, hatred, grief, emotional drama, violence, and even illness. So the pain-body, when it has taken you over, will create a situation in your life that reflects back its own energy frequency for it to feed on. Pain can only feed on pain. Pain cannot feed on joy. It finds it quite indigestible”.

The pain body is our anxiety, our depression, our lack of self-confidence. As much as pain is a natural part of the human condition, we must find ways to process it. Making amends with our pain is a crucial step in avoiding the pain body taking control.

How to dissolve the pain body 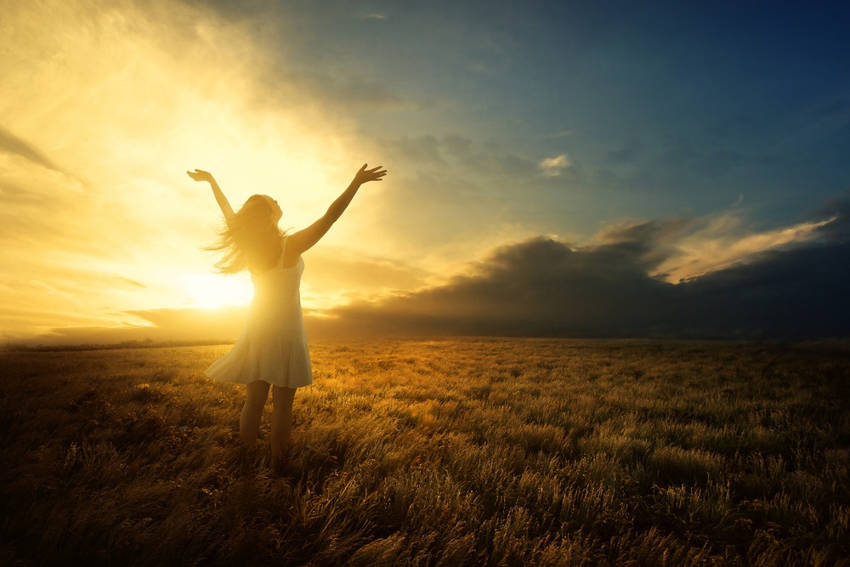 The pain body, according to Eckhart Tolle, exists in two modes, dormant and active. A pain body can remain dormant for the majority of the time, erupting only in rare situations for some people. For others, it might follow them almost all the time, constantly whispering negativity in their subconscious.

It is vital, Eckhart Tolle says, for the pain body to dissolve. The way to do that is by comprehending the relation between the pain and the ego, and how that contributes to the creation of the pain body.

According to Eckhart Tolle:

“The pain body, which is the dark shadow of the ego, is actually afraid of the light of your consciousness. Its survival depends on your unconscious identification with it, as well as on your unconscious fear of facing the pain that lives in you. But if you don’t face it, if you don’t bring the light of your consciousness into the pain, you will be forced to relive it again and again. The pain body may seem to you like a dangerous monster that you cannot bear to look at, but I assure you that it is an insubstantial phantom that cannot prevail against the power of your presence. So the pain body doesn’t want you to observe it directly and see it for what it is.”

Other philosophers have also underlined the importance of transcending the ego in order to reach spiritual enlightenment.

The key to overcoming the pain body for Eckhart Tolle is to disconnect it from the “I” of the ego.

“The moment you observe it, feel its energy field within you and take your attention into it, the identification breaks. A higher dimension of consciousness has come in. I call it presence. You are now the witness or the watcher of the pain-body. This means that it cannot use you anymore by pretending to be you, and it can no longer replenish itself through you. You have found your own innermost strength. You have accessed the power of Now”.

By becoming aware that there is no “I” in the pain body, that this is something else, some external energy field, one liberates themselves from the pain body’s control.

Therefore, our monsters release us.