Cyclothymia, also known as a cyclothymic disorder, is a mental disorder that involves periods of symptoms of depression and periods of symptoms of hypomania. These symptoms, however, are not sufficient to be a major depressive episode or a hypomanic episode. Symptoms must last for more than one or two years.

The cause is unknown. Risk factors include a family history of bipolar disorder. Cyclothymia differs from bipolar in that major depression, mania, or hypomania have never occurred.

Treatment is generally with counseling and mood stabilizers such as lithium. It is estimated that 0.7% of people have cyclothymia at some point in their life. Onset is typically in late childhood to early adulthood. Males and females are affected equally often.

What Are the Symptoms of Cyclothymia?

People with this disorder experience both depressive phases and hypomanic phases (which are less severe than a full hypomanic episode). The depressive and manic symptoms in cyclothymia last for variable amounts of time due to the unstable and reactive nature of the disorder.

The depressive phases are similar to major depressive disorder and are characterized by dulled thoughts and sensations and the lack of motivation for intellectual or social activities. Most people with cyclothymia are generally fatigued and tend to sleep frequently and for long periods of time.

In addition, people with this condition tend to be critical and complain easily. Suicidal thoughts are common, even in mild forms of cyclothymia. In the depressive state, people with cyclothymia also experience physical complaints including frequent headaches, tightness in the head and chest, an empty sensation in the head, weakness, weight loss, and hair loss.

In the hypomanic state, people’s thoughts become faster and they become more sociable and talkative. They may engage in spending sprees, spontaneous actions, have heightened self-esteem, and greater vanity.

In contrast to a regular manic state that would be associated with bipolar I, symptoms in the hypomanic phase generally occur in a less severe form.

Cyclothymia commonly occurs in conjunction with other disorders. From 20-50 percent of people with depression, anxiety, and related disorders also have cyclothymia. When people with this disorder seek mental health resources, it tends to be for symptoms of their comorbid condition rather than for their cyclothymic symptoms.

In children and adolescents, the most common comorbidities with cyclothymia are anxiety disorders, impulse control issues, eating disorders, and ADHD. In adults, it also tends to be comorbid with impulse control issues. Sensation-seeking behaviors occur in hypomanic states. These often include gambling and compulsive sexuality in men, or compulsive buying and binge eating in women.

Cyclothymia also tends to occur in conjunction with separation anxiety, where a person has anxiety as a result of separation from a caregiver, friend, or loved one. Other issues that tend to co-occur with this condition include social anxiety, fear of rejection and a tendency toward hostility to those connected with past pain and rejection.

People with cyclothymia tend to seek intense interpersonal relationships when in a hypomanic state and isolation when in a depressed state. This generally leads to short, tumultuous relationships.

What Are the Causes of Cyclothymia?

The exact cause of this condition is unknown. It is known that major depression, bipolar disorder, and cyclothymia often occur together within families.

Cyclothymia is classified in DSM-5 as a subtype of bipolar disorder. The criteria are:

The DSM-5 criteria for cyclothymia are restrictive according to some researchers. This affects the diagnosis of this disorder because fewer people get diagnosed than potentially could.

This means that a person who has some symptoms of the disorder might not be able to get treatment because they do not meet all of the necessary criteria described in DSM-5.

Furthermore, it also leads to more attention being placed on depression and other bipolar-spectrum disorders because if a person does not meet all the criteria for cyclothymia, they are often given a depression or bipolar spectrum diagnosis.

Improper diagnosis may lead some people to be treated for a comorbid disorder rather than having their cyclothymic tendencies addressed. Cyclothymia is often not recognized by the affected individual or medical professionals due to its ostensibly mild symptoms.

In addition, it is difficult to identify and classify.

Due to disagreement and misconceptions among health and mental health professionals, cyclothymia is often diagnosed as “bipolar not otherwise specified“.

It is also often confused with borderline personality disorder due to their similar symptoms, especially in older adolescents and young adults.

Most people with the disorder present in a depressive state, not realizing that their hypomanic states are abnormal. Mild manic episodes tend to be interpreted as a part of the person’s personality or simply a heightened mood.

In addition, the disorder often manifests during childhood or adolescence, making it even more difficult for the person to distinguish between symptoms of the disorder and their personality. For example, people may think that they just suffer from mood swings and not realize that these are a result of a psychiatric condition.

In 1883, Karl Ludwig Kahlbaum identified a disorder characterized by recurring mood cycles. The disorder contained both melancholic and manic episodes that occurred in a milder form than in bipolar disorder. This condition was coined “cyclothymia” by Kahlbaum and his student Ewald Hecker.

Kahlbaum developed his theory of cyclothymia through his work with people presenting with these symptoms at the Kahlbaum Sanitarium in Goerlitz, Silesia (Germany). He was recognized as a leading hypnotherapist and psychotherapist of his day.

He was a progressive in the field of mental health, believing that mental illness should not carry a stigma and that people dealing with mental health issues should be treated humanely. Kalhbaum was the first to recognize that people with cyclothymia often do not seek help for the disorder due to its mild symptoms.

This condition has been conceptualized in a variety of ways, including as a subtype of bipolar disorder, a temperament, a personality trait, and a personality disorder. There is also an argument that cyclothymia should be considered a neurodevelopmental disorder.

The two defining features of the disorder, according to DSM-5, are the presence of depressive episodes and hypomania. Cyclothymia is also classified as a subtype of bipolar disorder in DSM-5, but some researchers disagree with this classification and argue that it should be primarily defined as an exaggeration of mood and emotional instability.

In the past, it has been conceptualized to include other characteristics in addition to the flux between depression and hypomania, such as mood reactivity, impulsivity, and anxiety.

The cyclothymic disorder tends to be underdiagnosed due to its low intensity. Therefore, exact rates have not been widely studied. Some studies estimate that between 5 and 8% are affected at some point in their life whereas other studies suggest a rate ranging from 0.4 to 2.5%.

Males appear to be affected equally often,[3] though women are more likely to receive treatment. Cyclothymia is diagnosed in around fifty percent of people with depression who are evaluated in psychiatric outpatient settings.[5]

Cyclothymia is derived from the Greek word κυκλοθυμία (from κῦκλος kyklos, “circle” and θυμός thymos, “mood, emotion”). Therefore, it means “to cycle or circle between moods or emotions”.

Whether subtypes of bipolar disorder truly represent separate disorders or are part of a unique bipolar spectrum is debated in research. Cyclothymia is typically not described in research studies or diagnosed in clinical settings, making it less recognizable and less understood by professionals.

This absence of cyclothymia in research and clinical settings suggests that it is either being diagnosed as another mood disorder or as a non-affective psychiatric disorder or not coming to scientific or clinical attention due to a lack of diagnostic clarity or because the nature of cyclothymia is still highly contested.

Additionally, the current diagnostic criterion for cyclothymia emphasizes that symptoms are persistent, which suggests that they are enduring traits rather than a psychological state, thus, it has been argued that it should be diagnosed as a personality disorder.

Since the symptoms tend to overlap with personality disorders, the validity and distinction between these two diagnostic categories have been debated.

This lack of consensus on an operational definition and symptom presentation is especially pronounced with children and adolescents because the diagnostic criteria have not been adequately adapted to take into account their developmental level.

*This article uses material from the Wikipedia article “Cyclothymia”, which is released under the Creative Commons Attribution-ShareAlike License 3.0 (view authors). 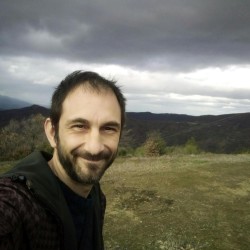