Marijuana. The mention of this plant sparks a debate. Being clear about the effects of smoking weed is wise. We discuss the properties of marijuana, how people use it, and what it does to your body once you’ve consumed it.

People smoke weed, either recreationally or for medical purposes. It’s a psychoactive drug from the cannabis plant. The primary psychoactive agent in weed is a chemical called tetrahydrocannabinol. It has another 483 compounds, including another 65 cannabinoids.

Governmental restrictions and production constraints have limited the testing of marijuana for medical purposes. There are safety and efficacy concerns as well. Therefore, though weed is now legalized, clinical research is lacking.

The body manufactures chemicals that mimic Marijuana in the way it works. They affect inflammation, pain, and other bodily functions. Weed, therefore, sometimes enhances their effectiveness.

The Reasons People Use Weed

Weed is a somewhat controversial plant, so why do so many people smoke it? For good or bad, these are the possible reasons.

First of all, many young adults begin to smoke weed because of peer pressure. As they start high school, college or a new job, they form new friendships and try to find ways to establish their identities. Marijuana can be a tremendous influence.

The National College of Health Assessment says that nearly 40% of students have tried medical marijuana.

Obtaining marijuana is easy, thanks in large part to many states legalizing it for recreational or medical use. Greater opportunities to smoke it also contributes to its increased use.

According to the Harvard Health Blog, marijuana is a pain reliever. While it isn’t strong enough to combat severe pain, it does relieve chronic aches. It can replace NSAIDs or Advil easily.

A study published in the Journal of Studies on Alcohol and Drugs suggests that people use it to ease boredom or relieve tension.

Research published in the journal Addiction revealed that Marijuana use across the United States is increasing. Not surprisingly, the debate as to the effectiveness of its use is more lively than ever.

If you’re thinking about consuming Marijuana for either recreational or medicinal purposes, you’ll need to understand its benefits and risks. The next sections of this article will introduce you to the effects of smoking weed and help you to make a sound decision.

The Positive Effects of Smoking Weed

First of all, the Clinical Psychology Review found that weed helps people with drug or opioid addictions. However, note that marijuana can increase the likelihood of becoming dependent on other substances, as pointed out by another study.

The Clinical Psychology Review published another study indicating that weed may treat some symptoms of mental illness. It helps depression and Post Traumatic Stress Disorder Symptoms, but may not be as efficient in the treatment of psychosis or bipolar disorder.

Also, weed eases some of the symptoms of pain. Chronic pain affects nearly 25 million adults in the United States.

A review by the National Academies of Sciences, Engineering, and Medicine found that cannabinoids, active ingredients in this plant, are effective at relieving chronic pain. They act on the receptors of the brain that indicate and ease it.

Evidence suggests that cannabinoids combat nausea and vomiting. Smoked weed helps to alleviate such symptoms. Furthermore, smoking weed in the short term may halt the growth of cancer cells.

Weed also relieves the symptoms of spasticity in patients with Multiple Sclerosis. Note, though, that the positive effects of this are limited.

The Food and Drug Administration approved a medication containing Cannabinoids in 2018. It cures a type of Epilepsy known as Lennox-Gestaut Syndrome. Another study found that consuming weed resulted in fewer seizures among people who had this syndrome.

The Negative Effects of Smoking Weed 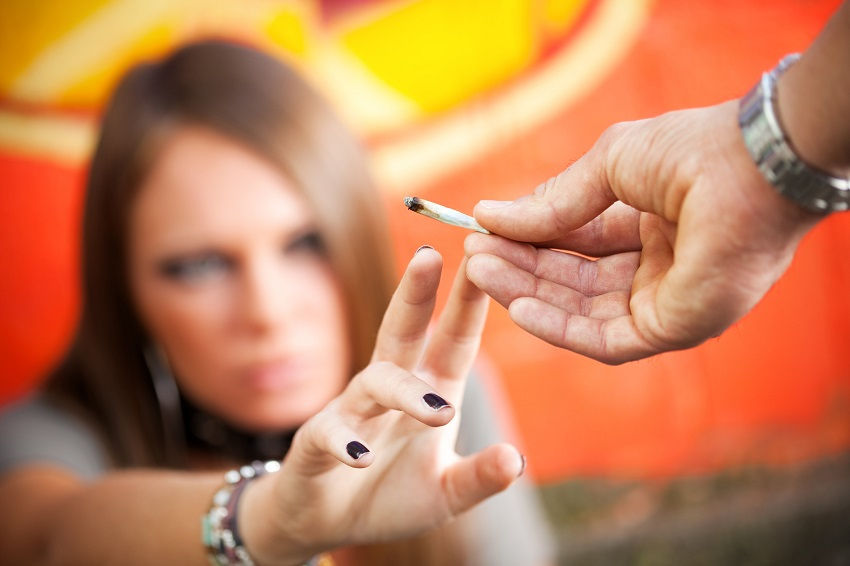 First of all, weed causes the heart to beat more quickly than it usually does. Marijuana causes the heart rate to increase by at least 20 beats per minute, and the risk of heart attacks is four times as high as for a person who doesn’t smoke it. That worsens if he or she consumes other drugs.

2. Effects on Your Bones

Those who smoke liberal amounts of weed regularly are prone to getting fractures. Marijuana reduces a person’s bone density. He or she is likely to develop osteoporosis in later life. Note, however, that other studies reveal that it strengthens bones.

The University of Edinburgh found that those who smoke weed heavily had lower body weight and thinner bones than their peers. The researchers defined heavy users as people who smoked it more than 5000 times in their lifetime.

3. Effects on the Lungs

Marijuana causes a sting in the mouth and throat. It also triggers coughing. Scientists found that people who smoke it regularly had respiratory problems.

Weed has four times the amount of tar than tobacco and twice as many carcinogens. Therefore, the risk of lung cancer for marijuana smokers than it is for tobacco smokers.

5. Exposure to Carcinogens During Pregnancy

There is evidence that babies born to mothers who smoked weed during pregnancy experience delayed neurological development. Marijuana may also cause them to have problems with memory and responding to visual stimuli.

In all, whether positive or negative, the effects of smoking weed are lasting. Gather all the information about it you can before using it.

5 Health Benefits of Intermittent Fasting & How to Practice It