Bosses demand their full attention in the workplace, while their families crave for their company at home. On top of these obligations, they have to pay heed to their appearance. All this creates double standards an average woman faces every day.

The harsh judgments imposed on women may be a norm but are unacceptable. Women must realize that they cannot, and do not have to please everyone. Trying to do so can trigger the symptoms of depression and bring on feelings of worthlessness.

What has led to these double standards?

The rise of feminism and societal progress has resulted in the emancipation of women in many countries. They have more opportunities today than they have ever had before. Members of the fairer (often perceived as weaker) sex have a vast number of education and career options open to them.

This extra lift, ironically, has constraints. It has increased demands on women, who are still expected to keep to conventional norms. It has also led to the development of workplace, relationship and even outlook stereotypes.

Women face judgment, and their harshest critics are, ironically, other women. Society imposes standards on them that do not apply to men.

1. Double standards at the workplace 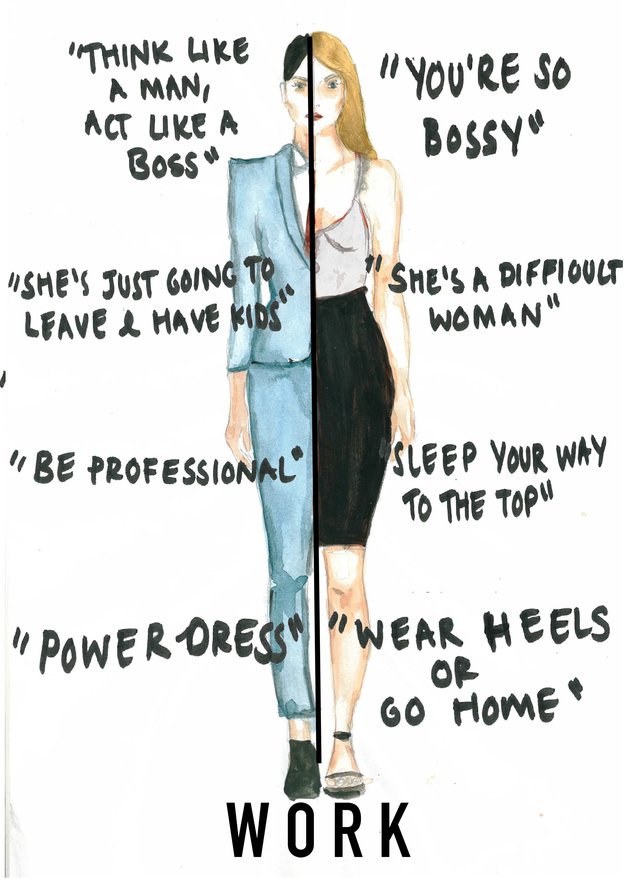 As women excel academically and professionally, the workplace demands on them increase.

They face the perennial “glass ceiling” tussle. Bosses perceive women as not being able to hold high positions, owing to their parental responsibilities or perceived feminine weaknesses.

Finding a job in these times is tough for a woman. Many companies just write them off, assuming that they will leave once they have children. They refuse to award them with powerful positions for the same reason.

Societal norms make their job hunts even tougher. Society sees a woman who chooses her career over having children as “selfish.” Men, in contrast, are not subject to such value judgments.

Women are traditional nurturers, so superiors often view them as the ones who give and cajole. They believe that females have no capacity to lead. Hence, they often instruct her  to “Act like a man,” or “Be a boss.” Conversely, when a woman does attempt to take the lead, they label her as being “a tough woman” or “bossy.”

Then, there are sexual misrepresentations. People view women as only being able to use their feminine wiles.  They often deem a successful woman as having  “slept her way to the top.”

The double standards at the workplace are norms no woman should have to navigate. It is important for you to be yourself, within the boundary of respect. 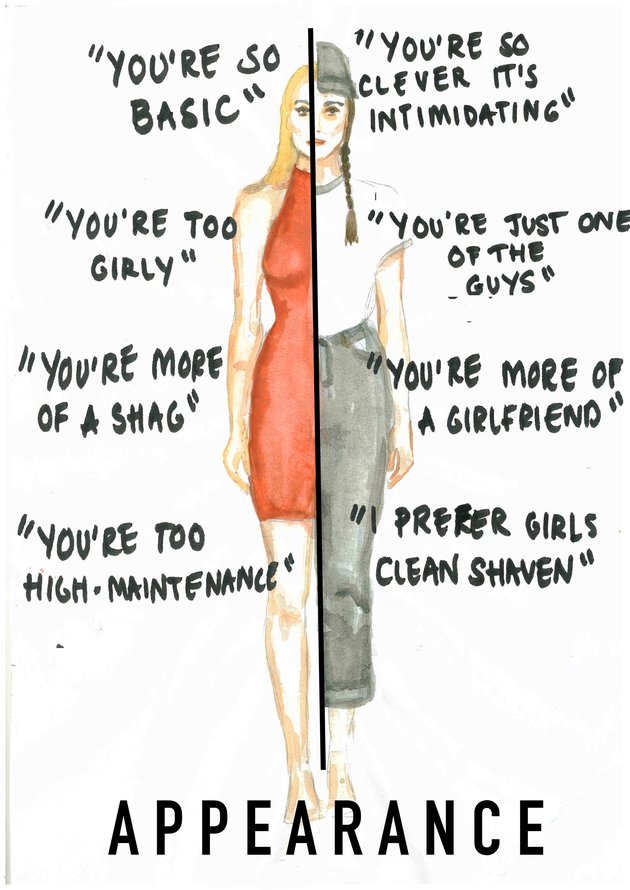 There are reasons many women have a preference for huge, walk-in closets. And vanity is one of the less important ones.

Women, since time immemorial, have had more pressure than men to look their best. It would explain their large variety of clothing. The broad range of fashion options open to them these days has increased the pressure.

Men have to look their best as well, but society levels more criticism on women who do not conform to its standards. It sees, for example, a woman who dresses in tee-shirts and jeans all the time as being “too basic.” Men would regard tomboyish women as “one of the guys,” and seldom view them as romantic partners. They are unlikely to face such judgment.

The double standards extend further. Guys would perceive women who are ultra-feminine as “too girly” or too “high maintenance.” Think about it. Society does not regard men who wear expensive jeans as likely to blow a hole in the pocket.

Then, there is a small but telling issue of shaving. People do not really notice if men shave or not; if they do, they are handsome and clean-shaven. When they do not, they are growing a rugged beard. Women who do not shave, in contrast, are subject to more scrutiny. Some men, for instance, prefer their girlfriends “clean-shaven.” People raise their eyebrows if a woman’s legs are “too hairy.”

Realize that the image you see in the mirror is a beautiful one and that you do not need to change it to please anybody. 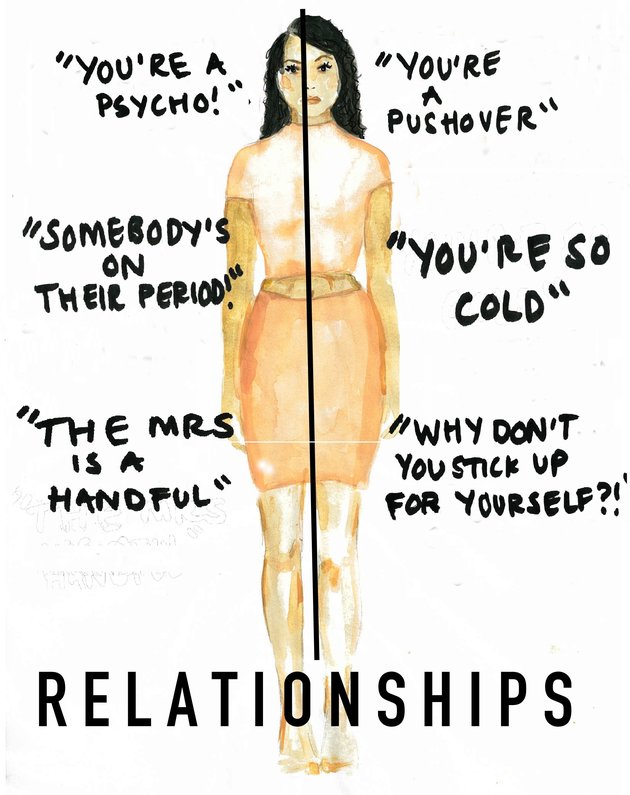 Society expects more from women than men in relationships and friendships as well. Women are subject to harsher judgment because they are, as a whole, more emotional.

Everyone has their bad days, but women have fewer excuses for them than men do. Women who lose their tempers are irrational “psychos” or having their “PMS.” Men who do the same are just exercising their male rights to blow off steam once in a while.

In the opposite scenario, women who are willing to please as “not standing up for themselves.” In contrast, men who are giving to people are simply “nice guys.” Society slaps harsher labels on women than men.

Have you noticed that people are more ready to criticize the Mrs. than the Mr.?  Men in almost every circumstance seem to be the nicer of the spouses, even though they may be as tough, if not tougher than their wives.

Take a simple example of buying a home. Homeowners and real estate agents are often more concerned about a woman’s demands, and forget that men may have similar requests too. Another general observation is that teachers would rather talk to dads than moms. Women are simply harder than men to manage.

The way to deal with such double standards is to realize that your friends and loved ones will take you as you are, regardless of the circumstances. You should not have to worry about acceptable norms.

Women face a multitude of double standards as they evolve and progress.  To overcome the ones you face, love yourself.

8 Facial Exercises for Wrinkles to Help You Look Younger