Study Finds Sniffing Rosemary Can Improve Memory by up to 75%!

Would you believe that a plant can improve memory in a miraculous way? Scientific research shows that it is a reality.

Sometimes the most incredible things are right under our noses. The magical memory cure that so many people do not know about has to do with sniffing one of the most common plants in the world – rosemary.

Rosemary is most commonly used in cosmetics, aromatics, and as medicine for headaches and flu, but very few people know about its ability to enhance the mental ability and improve memory.

Aromatherapy has existed for centuries as a working medicinal tool. Some scientific research about the practice has been discredited and overlooked, so much so that many people do not consider the practice credible. However, as time goes on more and more scholars are taking the time to study the essential oils used in the aromatherapy, such as rosemary, and their benefits.

Rosemary has been a sacred herb for decades, used in religious ceremonies to give vitality. It was even described as the “herb of remembrance” in Shakespeare’s Hamlet. The mythology and practice are all there, now let’s look at the science.

The Benefits of Rosemary

Rosemary contains a number of biologically active compounds that make it therapeutic. It is made up of a number of antioxidants, such as rosmarinic and carnosic, that have antimicrobial effects. Other elements within rosemary also have the ability to interact positively with living cells.

How does sniffing rosemary work?

Scientific research has already shown that smell and memory are interconnected. Simply by smelling something you evoke instant and vivid memories. Not only is this true in an anecdotal way, but it is also true scientifically.

Scientists have discovered that chemical interactions bind smell with cognitive function, and have even shown that sniffing rosemary can improve memory by up to 75%.

The first studies were taken on rosemary’s ability to affect mice in 1987. The study, which was published in the Planta Medica Journal, discovered that the herb affected the blood and locomotion capability in the mice and gave the first sign of a connection.

Cineole, known as eucalyptol, was the compound found within rosemary, a compound that makes up much of eucalyptus oil and a number of other medicines.

In 1998, a study published in the International Journal of Neuroscience tested rosemary on humans. 40 adults were given a few minutes of aromatherapy, some had lavender oil and some rosemary. They were asked to answer math problems before and after the therapy and found that that lavender candidates did better on the problems after therapy but were not as quick and efficient as the rosemary candidates.

In 2012, a study by the Herbal Medicine Department of the Tai Sophia Institute tested rosemary leaf powder on participants over the age of 75 and revealed positive results in their candidates’ memory function.

Natural and harmless, the evidence is beginning to show the exceptional results sniffing rosemary can have on one’s memory. Now to try it! 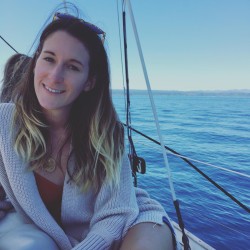