Even though films like ‘Inception’, ‘Waking Life‘ and more recently, ‘John Dies at the End’ and ‘Now You See Me’ wouldn’t be approachable without assuming the authenticity of unexplainable events, most people, including most scientists, are unaware of the vast abundance of compelling scientific evidence for psychic phenomena, which has resulted from over a century of para-psychological research.

Thousands of archaeological finds also suggest the use of such phenomenon in prehistoric times.

Hundreds of carefully controlled studies — in which psi researchers continuously redesigned experiments to address comments from their critics — have produced results that demonstrate marginal but statistically signiﬁcant effects for psi phenomena, especially with regard to telepathy, precognition, and psychokinesis.

Biologist Rupert Sheldrake, Neurologist Vilaynur Ramachandran, and Physicist Dean Radin are modern scientific pioneers in this field and speak of compelling evidence for psychic phenomena, which imply that our minds are also more interconnected to one another than previously imagined.

These perspectives have dramatic implications when they become the basis for how we see the world, where we deﬁne boundaries, and how we view the process of extinction.

According to Radin, a meta-analysis of this research demonstrates that the positive results from these studies are signiﬁcant with odds in the order of many billions to one.

Princeton University, the Stanford Research Institute, Duke University, the Institute of Noetic Science, the U.S. and Russian governments, and many other respectable institutions have spent years researching mysterious phenomena such as remote viewing and super-soldiers, and conventional science is at a loss to explain the results.

This question into the authenticity of the research is based on a very deep-seated, kind of knee-jerk prejudice reaction, and there’s nothing new about it.

If you read the kind of comments that scientists made about some of the early psychical research in the 1880s and ’90s, it was just as ignorant, with almost the same words they use today. Firstly, the reason is ideological. A lot of scientists are committed to a materialist ideology because they cannot imagine a world that would exist otherwise.

Essentially, they think that the mind and the brain are the same things.

The mind is nothing but the brain or the activity of the brain, so, therefore, it’s all inside the head.

So anything like telepathy, clairvoyance and the like that suggests that there might be mental inferences working beyond the spatial boundaries of the brain simply doesn’t ﬁt into a clockwork view of the world, and therefore it has to be rejected.

This attempt to ignore or reject things that don’t ﬁt into a worldview is a very well known human tendency. It’s happened over and over again in the history of science. In the end, the evidence wins out, but in the case of psychical phenomena, this denial is still quite strong. 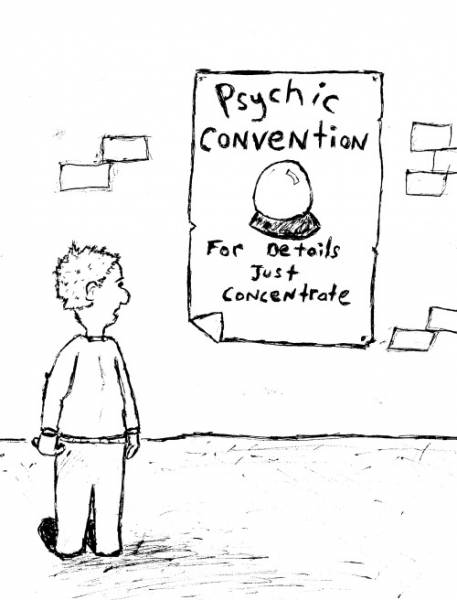 This behavior is akin to the Cardinals at the time of Galileo, who didn’t believe there could be craters on the Moon, so they just didn’t want to look through his telescopes which showed that there were.

Similarly, in the nineteenth century, creationists who didn’t want to believe in an evolutionary theory had to explain away the fossils as being, in the most extreme case, put there by God to try our faith.

It’s based on a particularly limited belief system — one that was developed in the late eighteenth century, before we knew anything much about genes, electricity, and magnetism and certainly before atomic theory and quantum non-locality was known about.

It’s really Enlightenment rationalism of the sort of 1790s variety.

The Enlightenment rationalists believed that science and reason should sweep away religion, dogma, and superstition, and this was an ideological and social agenda. In many ways, this was liberating and important. We’re all the beneﬁciaries of this, but it’s become a restrictive dogmatism now, and science has moved on a long way since the late eighteenth century.

Field phenomena were unknown then. A lot of these phenomena that were classiﬁed as superstition, like psychic phenomena, really do exist, and they can be explained in terms of ﬁelds as Rupert Sheldrake does quite stunningly. 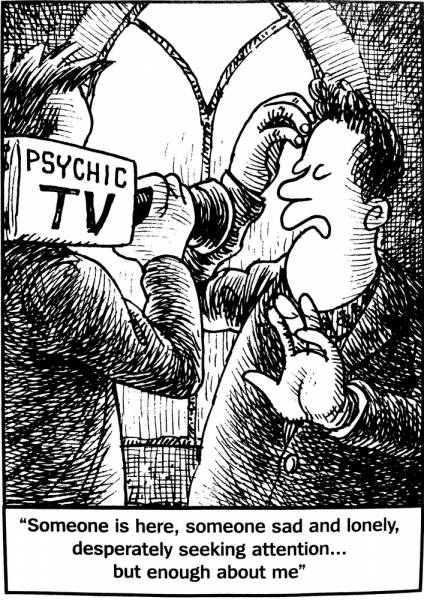 “So I think, in fact, these are reﬂected in the physical world, as we understand it, through modern physics and the principles that underlie all matter in the universe, which are the formative aspect of ﬁelds. Everything is shaped through ﬁelds. The gravitational ﬁeld shapes the whole universe. Quantum ﬁelds shape atoms, and electromagnetic ﬁelds shape molecules. And morphic ﬁelds shape organisms, the arrangement of social groups, and so forth. There are all these ﬁelds that give form and order to nature, and there’s energy, which is the moving principle of nature. It’s what makes things happen, change, alter. It’s the principle of activity.”

The only way these phenomena can be understood is its actualization, simultaneously, in information and nervous systems that are separated from each other in space-time by a common non-local domain.

As we understand more about the physics of non-locality — which is really an elaboration of the Einstein-Padolski-Rosen equation and Bell’s Theorem we will have a better way to explain and understand the mechanisms of these happenstances.

Evidence of so-called telepathy, precognition, remembrance of other lifetimes, and prophecy are, when proven authentic, examples of simultaneous actualization of information in different nervous systems from a singular underlying non-local field.

Just as fascinating as the research into psychic phenomena is the controversy that surrounds it. Although surveys conducted by Sheldrake and David J Brown reveal that around 78 percent of the population has had unexplainable “psychic” experiences – remarkable coincidences, uncanny premonitions, precognitive dreams, and seemingly telepathic communications – and scientiﬁc evidence supports the validity of these experiences.

But many scientists are unaware of this evidence and think that direct brain-to-brain communication is impossible and that there is no reality to psychic phenomenon.

When Sheldrake and Brown investigated whether pets could anticipate their owner’s arrival in ways not easily explained by conventional science, they approached the phenomena of telepathy as if it were part of the natural world, an adaptive ability that evolved through the process of natural selection, like any other biological trait. But this perspective is unusual in the scientific community.

This ignorance demonstrates the enormous power that a scientiﬁc paradigm can hold over a generation of scientists even though all the evidence amassed suggest otherwise, and it makes me wonder: Just how else might our concepts and assumptions be limiting our view of the everything we experience?

As an evidence of this consider how two of the most outspoken atheists – Derren Brown and Richard Dawkins are the most staunch opponents of this theory of interconnectedness and instead choose to reduce everything to rationalizations or tricks in a bag.

5 German Inventors Who Changed the World for the Better