Pyramids of Waste AKA The Lightbulb Conspiracy 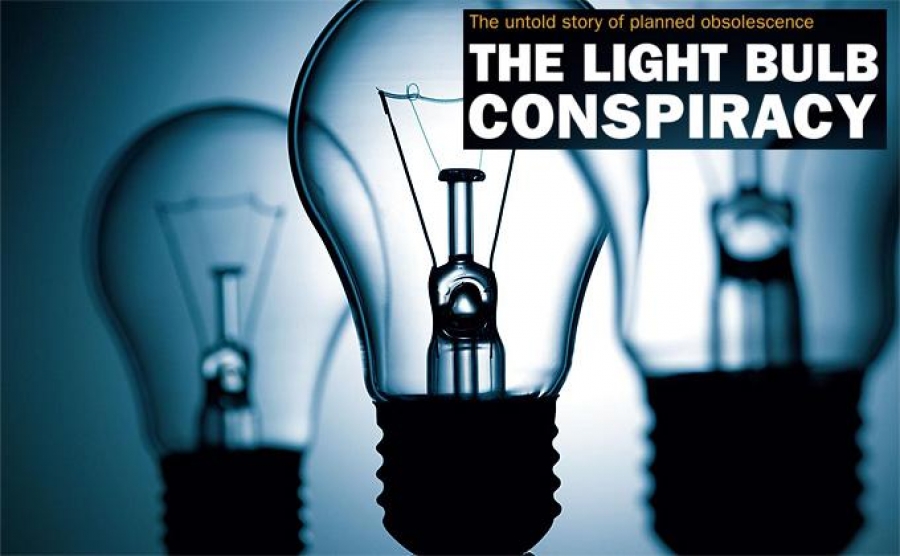 Have you ever heard about The Lightbulb Conspiracy Planned obsolescence documentary?

Watch the following documentary video and learn about how the economic system of our devices is based on the consumerism of them.

Which is the philosophy of technology companies in devices consumption and recycling! Some devices are definitely made in order to dysfunction in a specified time period.

As a magazine for advertisers succinctly puts it: The article that refuses to wear out is a tragedy of business – and a tragedy for the modern growth society which relies on an ever-accelerating cycle of production, consumption and throwing away.

The Light Bulb Conspiracy combines investigative research and rare archive footage to trace the untold story of Planned Obsolescence, from its beginnings in the 1920s with a secret cartel, set up expressly to limit the life span of light bulbs, to present-day stories involving cutting edge electronics (such as the iPod) and the growing spirit of resistance amongst ordinary consumers.

This film travels to France, Germany, Spain and the US to find witnesses of a business practice which has become the basis of the modern economy, and brings back disquieting pictures from Africa where discarded electronics are piling up in huge cemeteries for electronic waste.”

The Lightbulb Conspiracy documentary explains a lot of things that we have wondered about devices in the past.

About the Author: Life Advancer