Few educators can match the expertise of the Pueblo Indians. Pueblo Indian writer Leslie Harmon recounts her years growing up in the Leguna Pueblo Reservation in the book “Yellow Woman and the Beauty of the Spirit.” She recalled that everyone was a teacher and all activities had the potential to teach children.

The book makes it unequivocally clear that people should not introduce children to the lessons and trappings of Western society. Pueblo Indians believe that a child raised with only Western values will lack harmony, spirituality and only have material concerns.

What then, are the lessons Pueblo Indians teach children? What can you, and your kids draw from them?

Leslie Marmon shares some of them in her revolutionary book.

Who Are The Pueblo Natives?

The Pueblo Indians are ame from the Southwestern United States. They communicate in a variety of languages, owing to the various subdivisions in the community. These branches arise because of their kinship systems and agricultural practices.

Marriage practices differ between subdivisions. They can be exogamous (outside the tribe) or endogamous (within the clan). Pueblo communities that abide by a matrilineal system, with children considered born into their mother’s clan, are the Hopi, Zuni, Keres, and Towa.

The Tanoan community has a patrilineal system, with family lineage and inheritance passing through the father’s family line. The Pueblos owe their name to the Spanish, whom they encountered in the 16th century. At the time, they lived in multi-story, apartment-like villages. The Spaniards called them “Pueblos.”

How the Lessons of Pueblo Natives Transcend Generations

You may sense that the Pueblos do not conform, and have a unique, strict moral code. Explorer Josiah Gregg observed that they are a remarkably diligent race with a serious approach to life. The Pueblos have high regard for morality and honesty; peace-loving, they have no inclination for aggression or disunity.

While most of them are Catholic, they have managed to maintain their culture and beliefs. Their down-to-earth values have transcended generations and provide life-changing lessons. 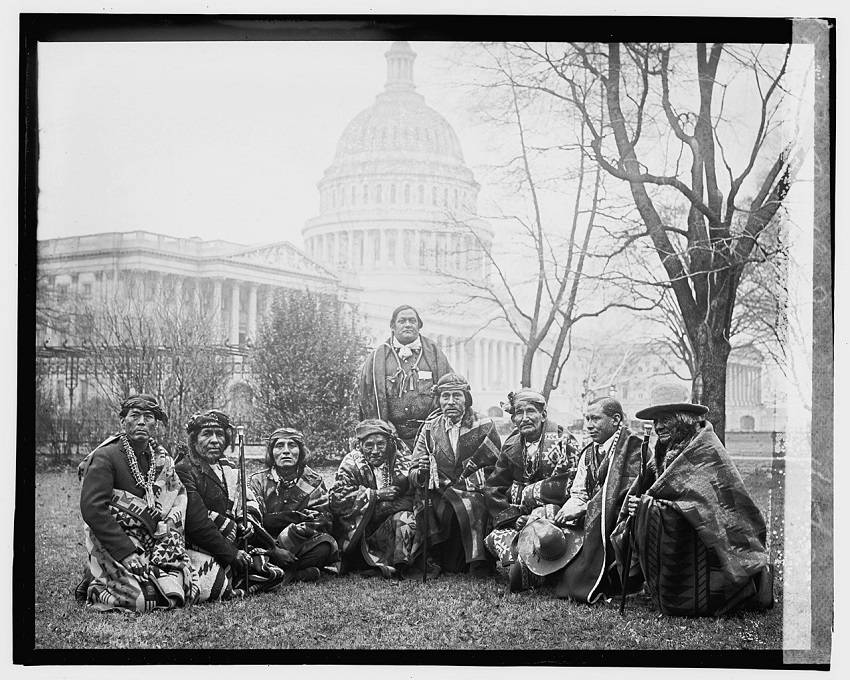 The lessons of the Pueblo Indians will benefit people and the world around them. Leslie shares ten of their life-changing practices in her book.

1. Do not judge a person superficially

One of the lessons children learn is that they have to maintain a proper appearance. Society has thus come to equate looks with worth. To the Pueblo Indians, a person’s behavior matters more than his looks or possessions.

While maintaining a respectable outlook is important, children must also learn to value a person for his character. How well he treats other people and animals will show if he is a person of value. Emphasizing this idea to your children will help them to build meaningful relationships.

Western society teaches children that lessons only happen in buildings away from home. Other than homework, their time is theirs to use at will once they leave the classroom.

The Pueblo Indians have a different view of learning. They believe that a person has to treat everyone around him as a teacher if he wants to experience success in life. Learning the way the Pueblo Indians do is the key to progress.

3. Every Human Being is a Family Member

The Pueblo Indians treat everyone as brothers and sisters. All living beings, including trees, birds, and fish, are family members because Mother Nature made everyone. Other communities should mimic their focus on nature, lest there are no natural resources left to use. Humans should cherish the fellow beings on the planet. Being united with all creatures great and small will help them grow from strength to strength.

4. The World is a Harmonious Place

The Pueblo Indians believe that everything, including inanimate objects, has spirits and being.  They advocate that people leave the environment in its natural state. Worldly values of greed and consumerism can trigger disharmony between people and with nature.

The Pueblos believe that it is for children to learn how to separate the material world from the spiritual one. The balance is necessary for their welfare and the preservation of the environment.

Leslie Marmon shares that there are no extremes in the world of the Pueblo Indians, only balance. Human beings have to conform to the ebb and flow of nature. Plants and animals, for example, adapt to the level of rainfall in the desert. So too, must humans be grateful for the things they have. It is the key to creating balance and harmony.

Unlike other communities, the Pueblos do not compare one being with another. They believe that each is unique, and blessed just because it is what it is. Plastic surgery, done to conform to societal norms, is unnatural. Teaching your children to celebrate differences will enable them to forge meaningful relationships.

7. Do Not Worry About Age

According to Leslie, there are 14-year-old authors and five-year-old philanthropists in the Pueblo community. Teach your children that you are capable of anything, no matter how old you are.

8. Do Not Define Yourself By Sexuality or Gender

The Pueblos do not identify people by traditional sexual norms; they believe that every being is a mixture of male and female. Thus a woman was free to marry another woman or to hunt with other men.

Teamwork and social relationships had more value than a convention. As the Pueblos do, teach your children to appreciate diversity.

All Pueblos are cultivators of corn, squash, and beans. They are resilient, dry, farmers who depend on crops that can survive in arid conditions. They make pottery and use it to hold water. Pass on the Pueblo value of conserving resources and the environment to your young ones.

10. Be one with the Community

The Pueblos live in multi-story village complexes with many rooms built in defensive positions. They have a strong sense of community, and will not hesitate to defend their clan from their enemies.

Traditionally, these were the Apaches and the Ute tribes, who raided their villages frequently. Your children can emulate this sense of kinship and unity.

The Pueblos teach down-to-earth values that maintain the fabric of their society. Introduce them to your kids, and they will become outstanding people who will leave a legacy for the world.