Auroville: An Utopian Community in India That Has No Money, Politics or Religion

Many probably won’t have heard of Auroville in Pondicherry, India, but it currently houses over 10,000 people from all over the world.

It is the world’s largest spiritual utopia. Auroville means “the City of Dawn”. The promise of a money-free existence, surrounded by people who believe in the energy, who wouldn’t want to live there.

It was founded in 1968 by a French woman called Mirra Alfassa, who was fondly referred to as “mother”. She had a close relationship with a yoga guru named Sri Aurobindo and the ideas for Auroville blossomed from this relationship.

So on February 28th, 1968, a whopping 5,000 people from countries all over the world came to the now Auroville with a dream. Alfassa decided who stayed and who went by a simple nod of the head, and she made this decision by looking into the eyes of the excited travelers.

Once you were accepted to Auroville, you had to go and plant a tree, and now there is a growing affluent forest.

Visitors are welcome and have the opportunity to stay with Aurovillains, paying Auroville a set amount per night and then paying your host whatever you feel is appropriate.

Nowadays, there is quite the controversy surrounding the utopia, with murders and rape being at the forefront of the violence. There are thirty-two ways into the town, and there are no fences. In the fairly recent past, there have been cases of rape and murders, as well as frequent harassment of lone women.

Due to the nature of Auroville, the inhabitants don’t care who controls the money, they tend to be artists, travelers, and eco-farmers. In order to become a fully-fledged Aurovillian, you must work for free for two years and are not allowed to leave. You then meet with a committee to prove you are self-sufficient and only then are you granted “citizenship”.

Despite the money that is poured into it, there is a limited supply of water meaning people have to go to the nearest village to replenish their water supplies. There is also the problem of where all the money is going if basic commodities are not in place.

The draw to Auroville is the lack of a currency, visitors need to a card (with cash) allowing them to access food and shops, however, a lot of the shops will not accept the card and prefer the cash, so what does that say about the currency-free utopia that draws so many people to it?

This utopia is doing a lot of innovating things including the use of solar panels, organic farming, and free education. 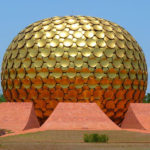 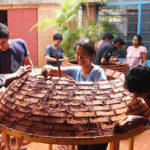 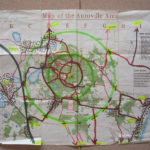 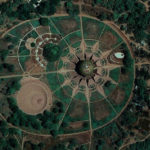 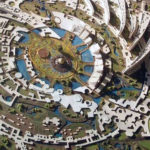 So can a utopia ever really successfully exist?

Despite its many faults, Auroville still draws in 1000s of people who wish to escape the Western excesses. It has a long waiting list of people who don’t just want to visit the community but want to live there and become Aurovilians.

About the Author: Holly Walden

Holly is a yoga teacher and a professional writer who covers a broad scope of subjects. She has written on a range of topics including fashion, arts, travel, and lifestyle, as well as IT and business-related themes.