Cartoon characters have raised generations since they were first featured on screen.

Although decades have passed since then, they still remain young and active.

Have you ever thought of how the cartoon characters of your childhood would look like if they would show their actual age? 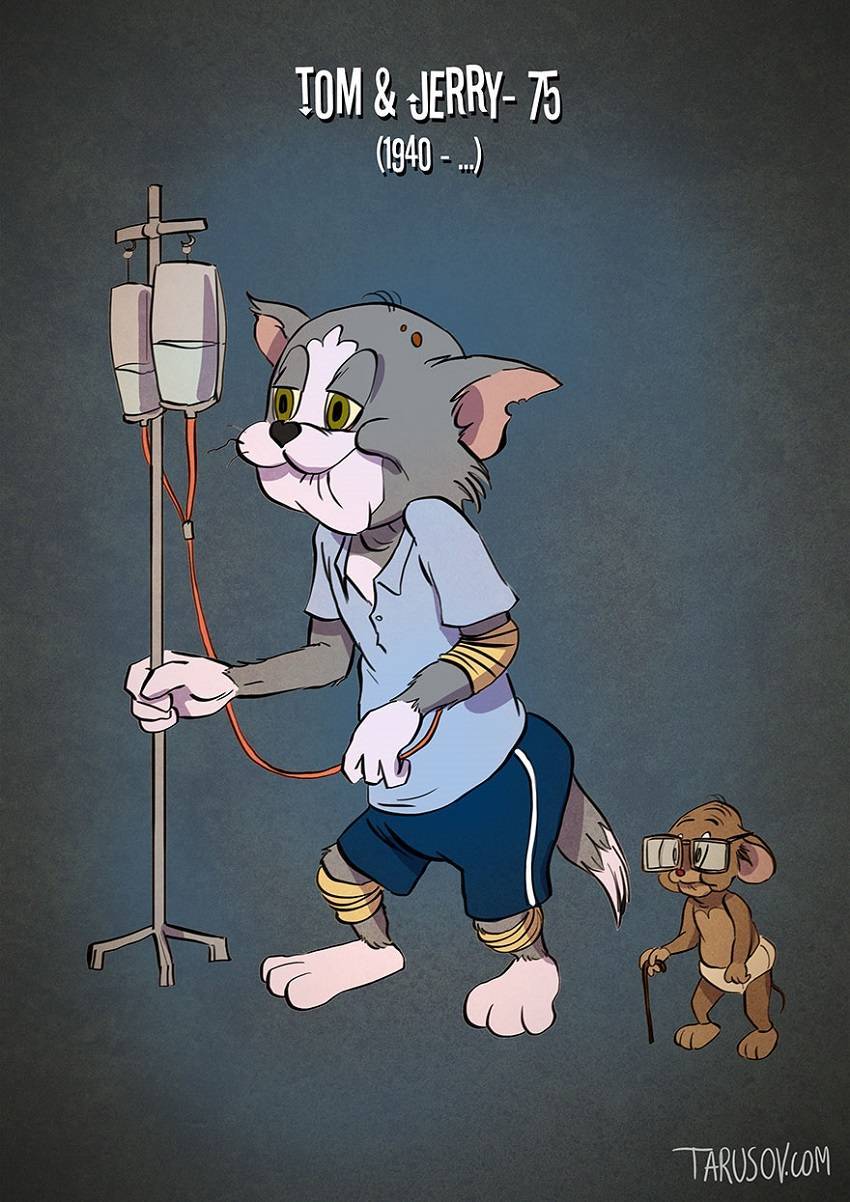 You just can’t help loving these two! The ongoing cat and mouse cartoon rivalry has been going on since 1940 when they first appeared on screen. Tom and Jerry have been entertaining kids and adults since then. This year they are turning 75! 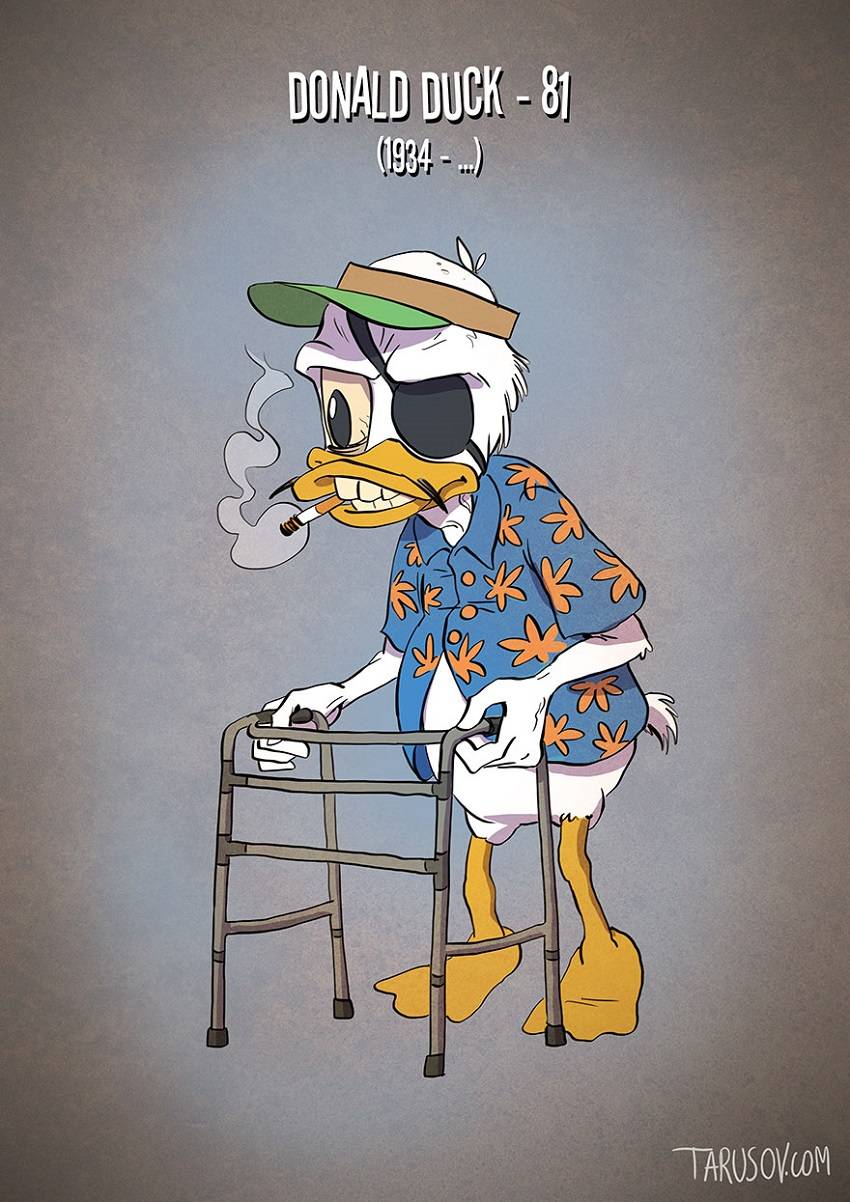 Quick tempered Donald Duck’s debut was in June 9, 1934. The famous duck with the unique voice was often presented as a sailor with a red bowtie. Let’s imagine how 81-year-old Donald would look like. 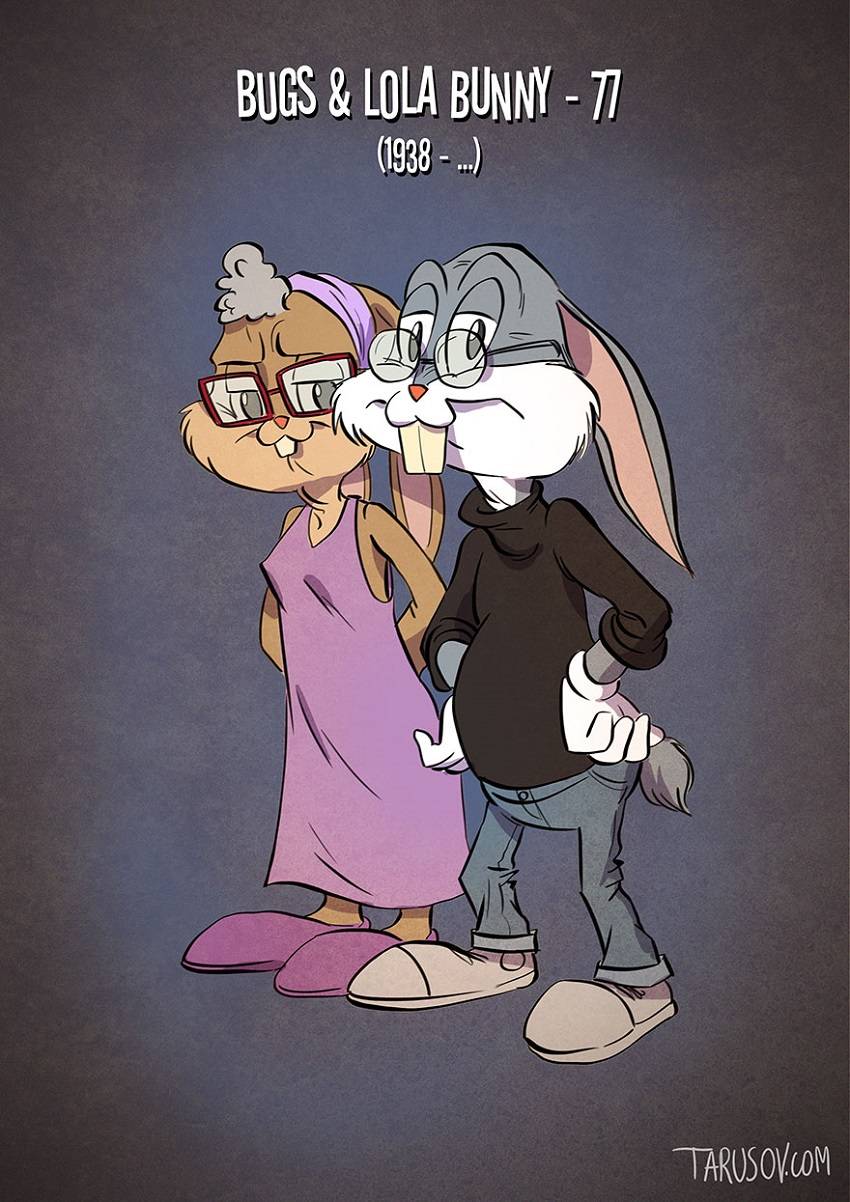 Buggs Bunny came into life in 1938 after Daffy Duck when someone in Warner Brothers suggested to “dress the duck in a rabbit suit”. After some alterations in his character, he finally showed up as a creation by Tex Avery, Bob Givens, and Mel Blanc in 1940. 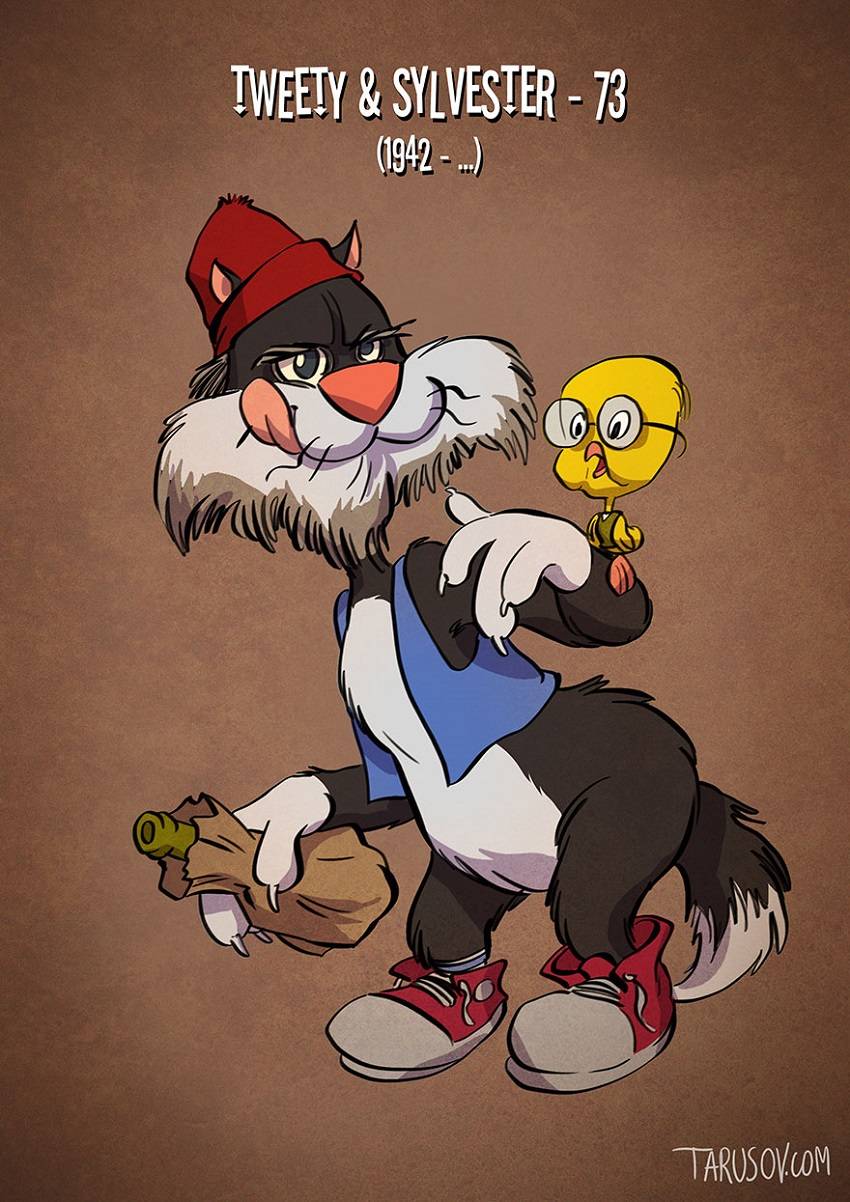 This unforgettable pair has turned 73! Jealous Sylvester, “dat bad old putty tat“, after constant failed attempts to catch the cute little canary managed through awkward situations to spread joy to so many generations. 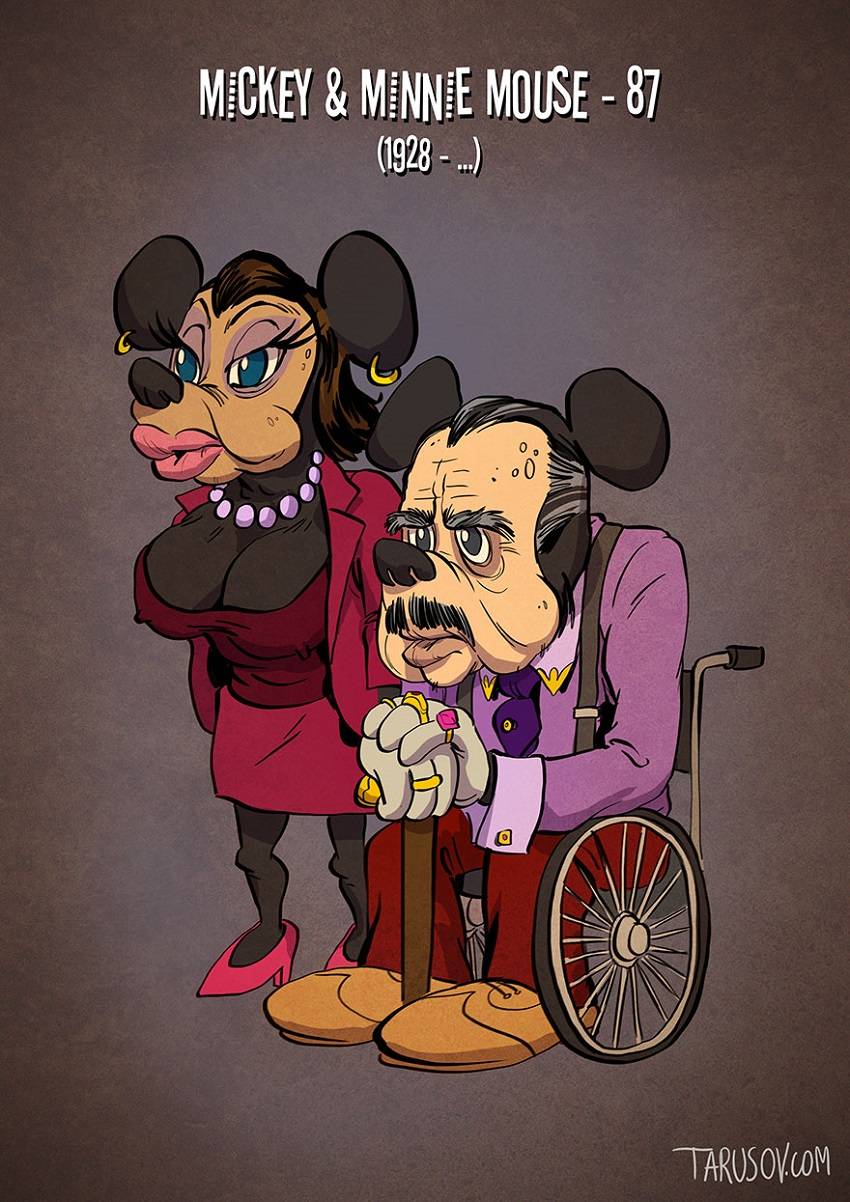 Mickey’s name would be Mortimer Mouse unless Walt Disney’s wife, Lily, hadn’t suggested his current name. 87-year-old Mickey with the white gloves and the large yellow shoes, who liked fun and adventure, was the first cartoon to have a star on the Hollywood Walk of Fame.

He and his princess, Minnie, have touched, and still do, the hearts of millions of children and grown-ups. 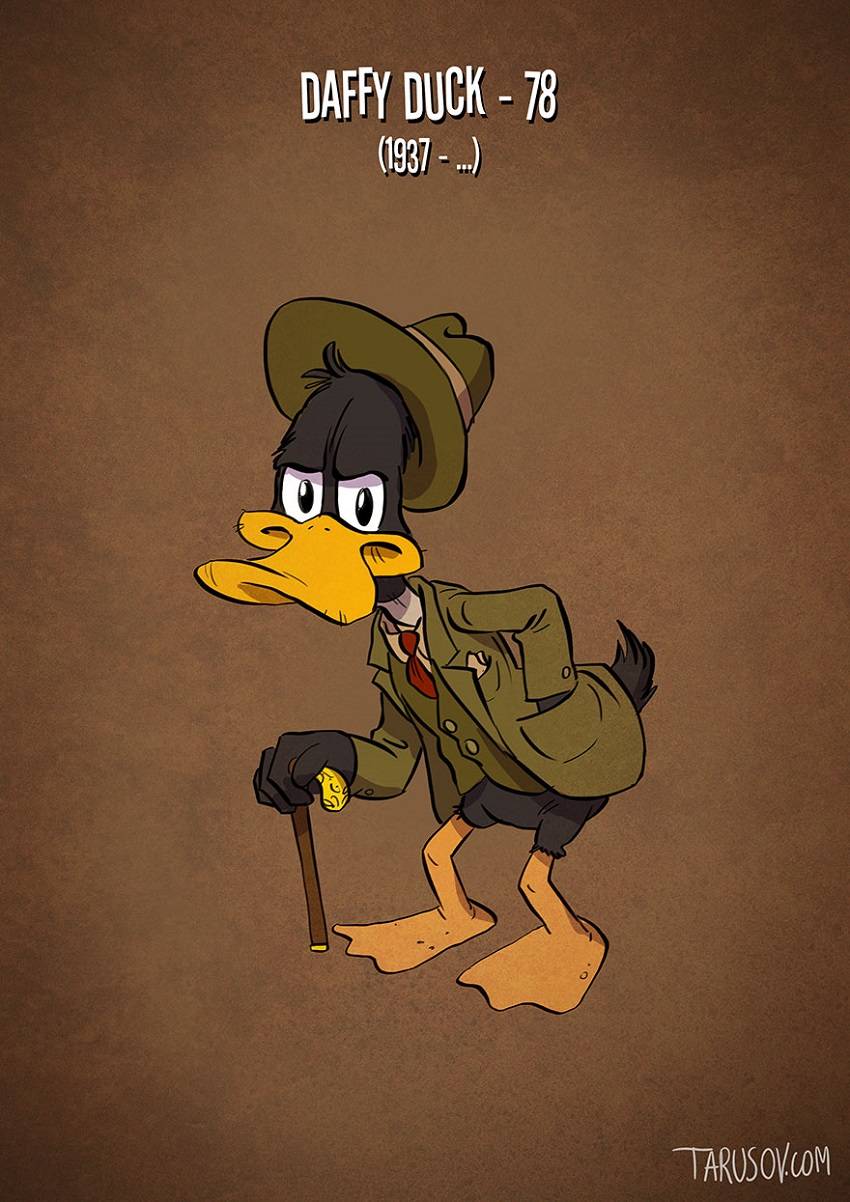 Daffy Duck, Bugs Bunny’s best friend, appeared in the late 1930s, at the same time that Mickey Mouse and Popeye were really popular.

The black duck that has just turned 78, is one of the most popular cartoon characters in Looney Tunes after Bugs Bunny and Porky Pig. 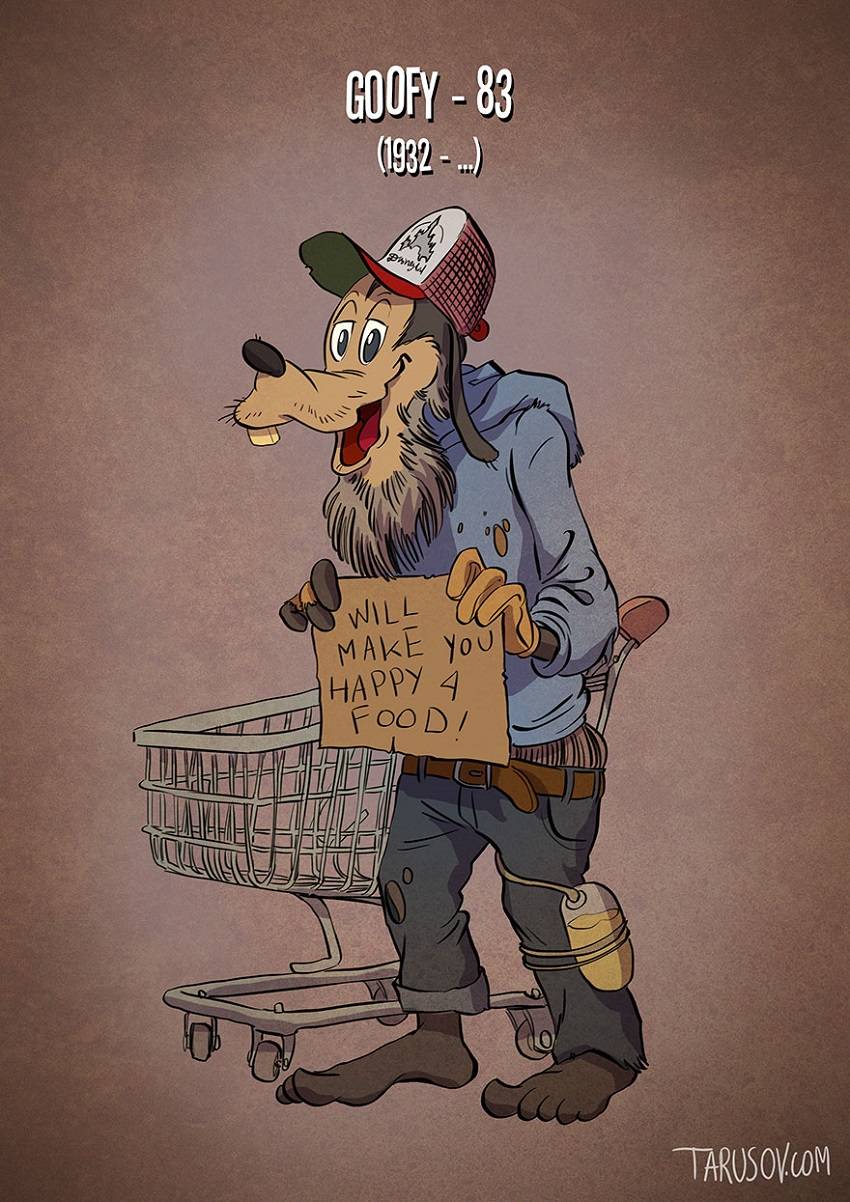 83-year-old Goofy still remains the favorite character of millions of cartoon fans. Mickey and Donald’s friend may be clumsy or unintelligent, but he remains adorable ever since the audience first met him in 1932. 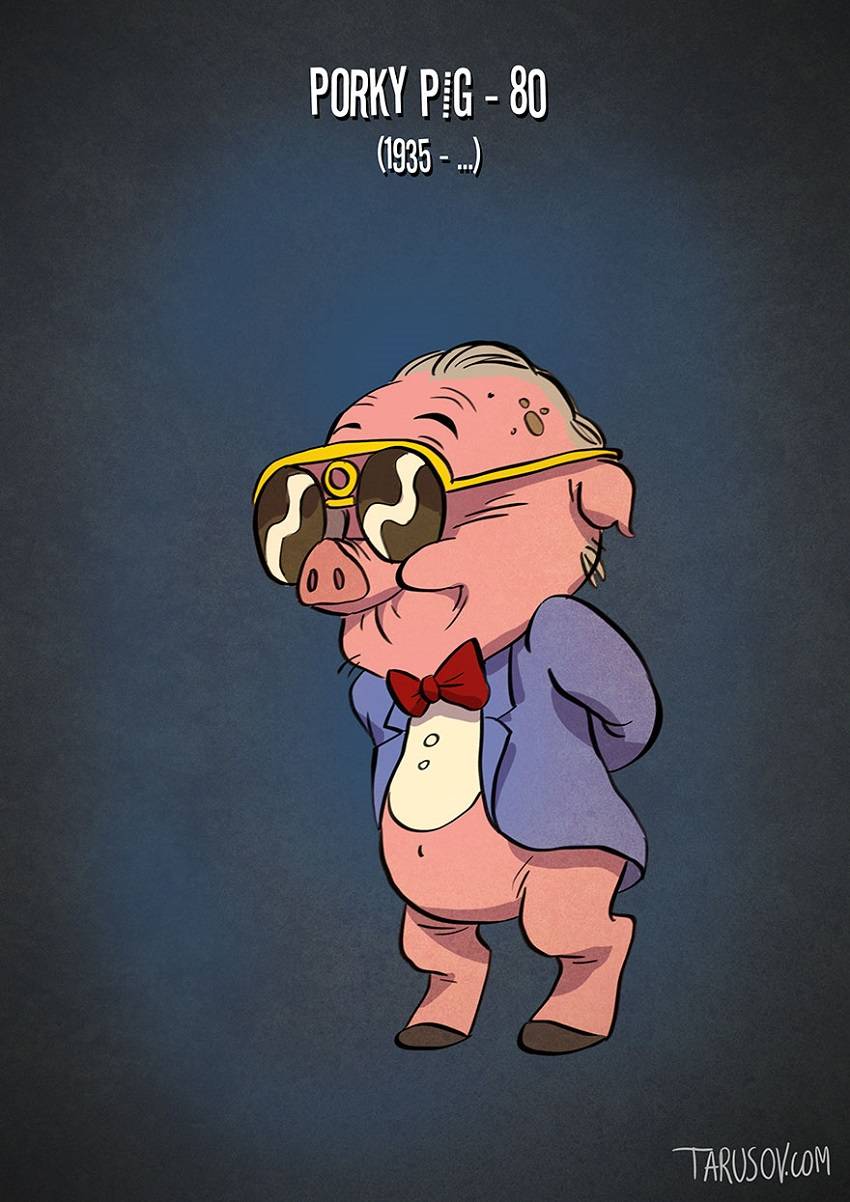 Porky Pig has turned 80! The fat little pig was a big star since 1935 until he was replaced by Bugs Bunny. However, he remained a popular character in assistant roles in later years.

Director Friz Freleng’s childhood classmates, with the nicknames “Porky” and “Piggy” were the source of inspiration for Porky’s name. 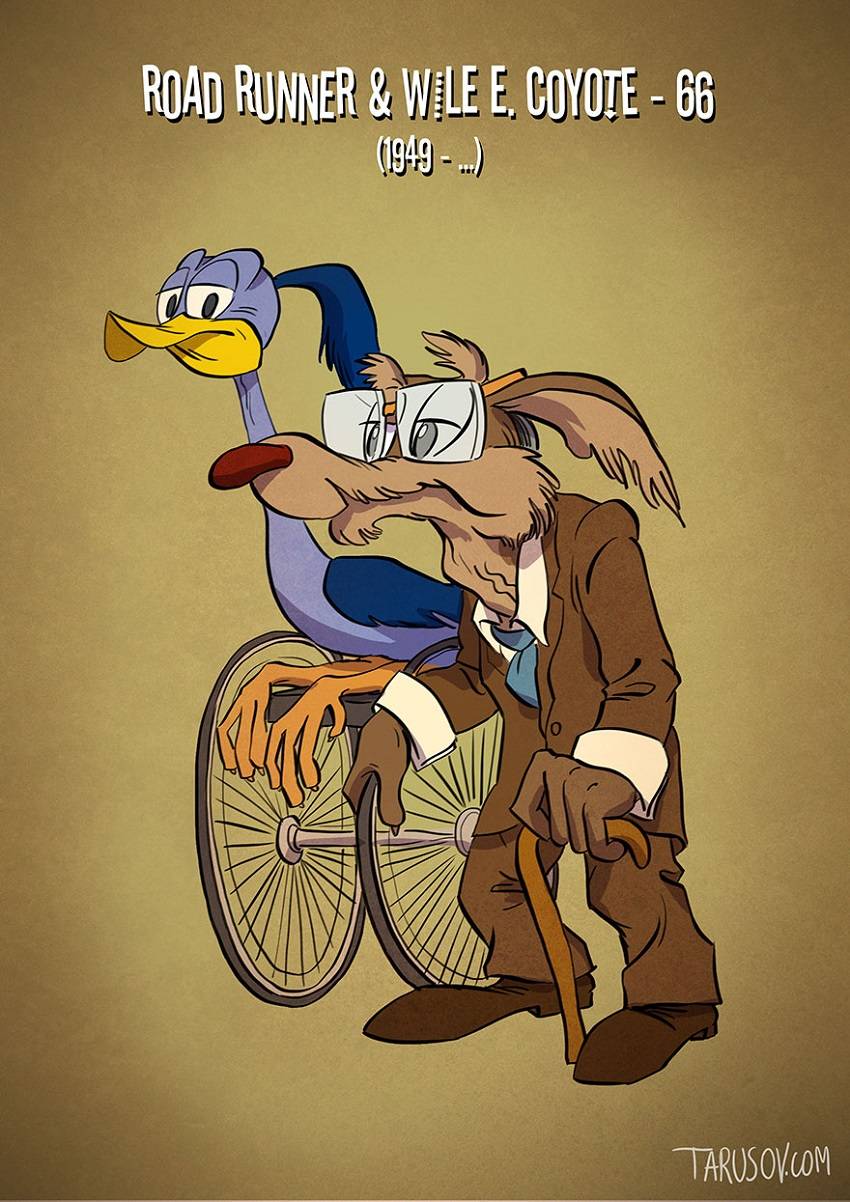 66 years have passed since Road Runner and Wile Coyote first appeared on the screen. It was in 1949 when cartoon fans first watched Wile Coyote’s failed attempts to catch his prey using all kinds of strange tools and devices, while the Roadrunner appeared with his brilliant “meep meep” signature noise.

It was in 1949 when cartoon fans first watched Wile Coyote’s failed attempts to catch his prey using all kinds of strange tools and devices, while the Roadrunner appeared with his brilliant “meep meep” signature noise.

Rena Papa, B.A.
Contributing writer at Life Advancer
Rena Papa is a History major, who loves art, travelling, and nature. Photography and music make her life exciting. She loves learning new languages and cultures. Over the past 5 years, Rena has been working as a translator and writer.

These 8 Cute Illustrations Show What True Love Really Looks Like

10 Feel Good Quotes That Will Instantly Lift Your Mood