The millennial generation is often seen as entitled and narcissistic, but is it possible they are just misunderstood?

The millennial generation, or Generation Y, includes people born in the early 1980s to the early 2000s.

Born into a world of advanced communication and technology, this generation has been raised differently than anyone before.

People of this generation aren’t afraid to fight for what they believe in and certainly don’t feel the need to apologize.

This does not mean that the millennials are bad, it just means they are misunderstood.

Millennials don’t place as much importance on romance

Other generations placed a lot of time and thought into romantic efforts. People always complain that dating is just not the same today. This is true, but whether it’s different in a negative way is up for discussion.

The millennial generation is known for coining terms such as casual dating. You hear friends say “I’m seeing this girl”, or “I’m talking to this boy”, much more than you will hear the crazily official word “date”.

From an outsider’s view, it looks as if this younger generation doesn’t see the value of mutual respect, however, that is not true. Younger people still respect each other and value love, they just want to focus on other things before they find “the one” and settle down.

Today more importance is placed on education, career, and passion, especially for women. People of the millennial generation would rather take the time to find themselves, before putting all their focus into a relationship and or starting a family.

In past generations, it was easy to get a well-paying job in a factory with only a high school diploma. Today, most of those jobs no longer exist as they are either outsourced or mechanically operated. To find a good job nowadays, you often need a 4-year university degree and sometimes even more.

In North America, it is very common for people of the millennial generation to owe tens of thousands of dollars via student loans. People of the baby boomer generation criticize millennials for this style of borrowing money, claiming it is better to work and study at the same time.

The baby boomers who did go to university worked off their bills as they accumulated so that they were not left with massive debts by the time they were twenty-two. In reality, this comparison is quite unfair as university prices have skyrocketed in the past couple of decades.

National Center for Education Statistics shows that a year’s tuition at an in-state public university in 1978 was $688 which you could easily play with a part-time minimum wage job. To think you could find the same opportunity in the U.S. today is quite laughable unless you are awarded an amazing scholarship.

Millennials aren’t afraid to speak out

The millennial generation gets a reputation for being too sensitive, intense, loud, you name it. When millennials feel something is unfair they won’t just sit there and shake their heads, they will fight! People of older generations will get upset when the younger generations riot in efforts to fight for justice.

However, the millennial generation is not trying to stir the pot for fun! When someone is unfairly murdered by the cops because of their skin color, millennials are rightly outraged by it.

They don’t feel the need to apologize for creating a ruckus to raise appropriate recognition. In this case, the millennial generation is being hugely misunderstood by its elders because these elders are only paying attention to the reaction of millennials.

They are not thinking about the outrageous tragedies that are causing the reactions out of millennials. 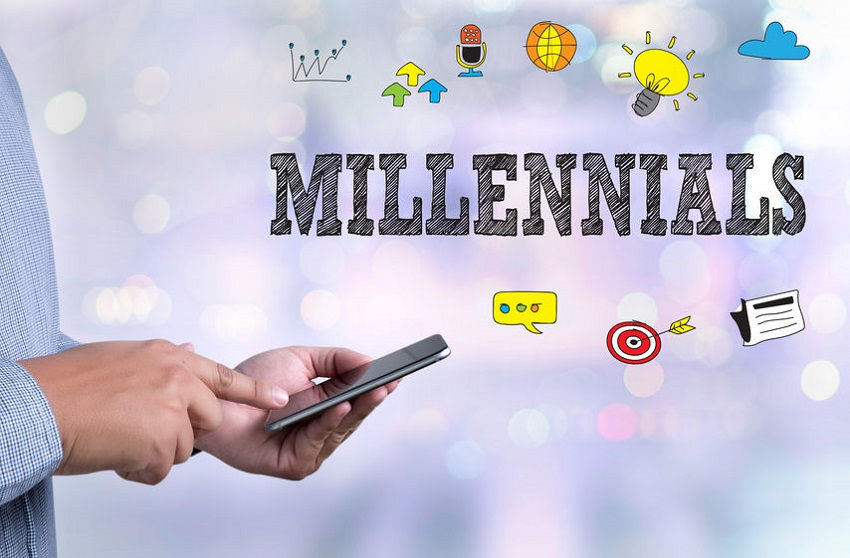 When someone graduated from university fifty years ago, they started saving up for things such as a car and a house. The young people back then went for all the classic necessities of the American dream. Today young adults are a lot more interested in buying gadgets like iPhones, tablets, and DSLRs.

In today’s modern world, everyone is a photographer, a blogger, an entrepreneur. Most people of the millennial generation don’t want to be tied down to one geographical location.

Millennials would rather rent an apartment for a year and then have the freedom to pick up and move to another city, maybe even another country. This means having children later and buying houses later.

In the end, many millennials are living their lives exactly how they want, and why should they apologize for that? Today, traveling far and wide is much easier to do.

The millennial generation should not feel obligated to settle down and start having children when the world is already seriously overpopulated anyway.

Older generations miss judge millennials as a bunch of know-it-alls who simultaneously run from traditional responsibility, however, they are just misunderstood as a generation.

Lauren Edwards-Fowle, M.Sc., B.Sc.
Contributing writer at Life Advancer
Lauren Edwards-Fowle is a professional copywriter based in South East England. Lauren worked within Children's Services for five years before moving into the business sector. She holds an M.Sc. in Applied Accountancy and B.Sc. in Corporate Law.

7 Team Building Activities to Deepen Your Bond with Co-Workers

4 Daily Habits of Successful People That You Should Adopt