What is authoritarian parenting? The article defines behaviors and attitudes associated with this style and explores the long-term effects it has on a child.

Everyone has their own unique approach to parenting. However, psychologists have identified a classification system that distinguishes between the most common parenting styles: neglectful, permissive, authoritative and authoritarian parenting.

In this article, we are going to concentrate on authoritarian parenting. We will consider the defining behaviors and attitudes associated with this style, and consider its long-term effects on a child.

The key behaviors associated with authoritarian parenting are as follows:

Authoritarian parents dictate how a child should behave, how they should speak, and they may even try to control how their child thinks. Of course, it is normal and healthy to control a child’s behavior to some extent. For example, if a child bites another child, they should be disciplined to ensure that they behave more appropriately in the future.

However, authoritarian parents take this aspect of parenting to an extreme level. For instance, they often have a set of strict, sometimes arbitrary rules that they expect a child to follow at all times.

Although authoritarian parents are highly invested in their children and put a lot of effort into controlling them, they are not willing or able to meet their offspring’s emotional needs. They are often described as “distant” or “cold.”

They do not enjoy engaging in emotional conversations with their child, and neither do they believe in parent-child negotiation. Their word is final, and they may dismiss their child’s inner life as somewhat irrelevant. They will usually provide sufficient material and financial resources but are inclined to view emotional support as an unnecessary waste of time.

Authoritarian parents emphasize discipline as a key component in the successful rearing of children. When their child makes a mistake or refuses to comply with their wishes, they will swiftly punish them.

Not all authoritarian parents are abusive, but some take discipline to an extreme degree that leaves emotional or physical damage. At one end of the scale, they may be over-zealous in their use of common disciplinary methods such as time-outs or withdrawing privileges. However, some will shout, scream, or beat their children.

Having learned the behavioral hallmarks of authoritarian parenting, you will now be in a position to appreciate the attitude underlying this style of childrearing.

Here are the most important:

Authoritarian parents place themselves in a godlike position. They believe themselves to be the final authority in every respect, and that their child must obey them without question.

It is normal for a child to ask “Why” questions, especially when their parents ask them to do something beyond the child’s understanding. For example, a child may not want to eat their vegetables because they don’t like them. Not knowing that vegetables are essential for healthy development, the child may ask, “Why do I have to eat them?”

However, authoritarian parents are not interested in explaining their own decisions. Their favorite response is usually, “Because I said so. Now, do as I say.” They may even act in a hypocritical manner – doing one thing, but ordering their child to do the opposite – yet still expect compliance.

This dynamic can take on an additional twist that leaves the child in a no-win situation. Some authoritarian parents expect obedience yet also chastise their son or daughter for being “weak” or “a pushover.” Yet if their child decides to prove their parent wrong by pushing back or questioning their decision, they will be deemed impertinent and punished accordingly.

Authoritarian parents believe that for the sake of their own wellbeing, children should be taught early and consistently that they need to comply with their mother or father’s wishes. They believe that punishment is a more effective way to communicate their message than open dialogue.

Authoritarian parents often subject their children to high levels of supervision. They may believe that it is a good idea to expose a child to art, music, philosophical ideas, or a multitude of hobbies or interests.

However, even when pushing their son or daughter to excel in an interest they have chosen for themselves, they cling onto the belief that their child cannot be trusted to make the most of the opportunity.

How does authoritarian parenting affect children later in life? 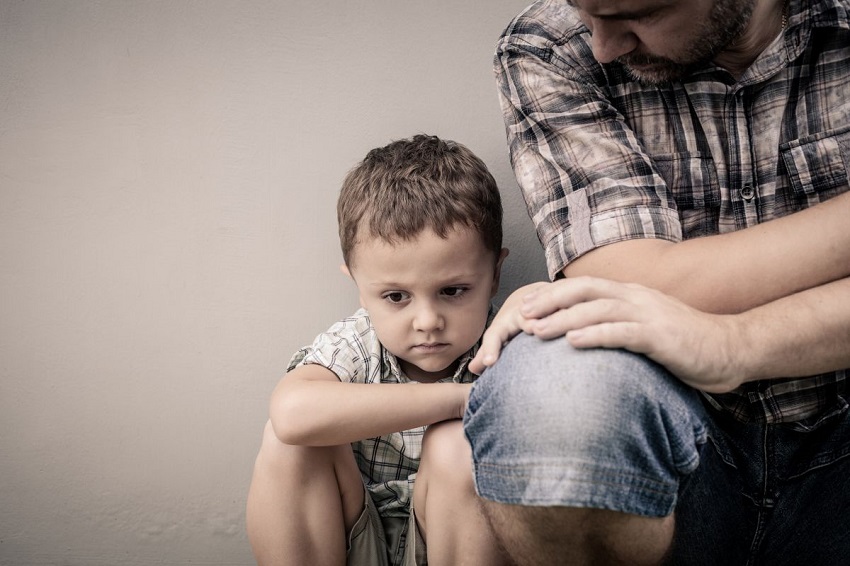 It is a well-established fact in developmental psychology that parenting style is closely linked with outcomes in later life. Psychologists have investigated this issue using both cross-sectional studies and longitudinal research that tracks outcomes over a period of months or years.

So, how does authoritarian parenting shape a child’s long-term mental health, personality, and behaviors?

If you have been raised by a parent who didn’t trust you to make your own decisions, you may assume that your opinions are worthless. You may feel inferior to other people, which can make it difficult to assert yourself and stand up for your rights.

When it comes to choosing an intimate partner, you may be more inclined to choose people who violate your boundaries because you are accustomed to having someone telling you what to do. You may also stay in relationships that are not working because you have been conditioned to seek approval from those not able to supply it.

Some children comply with an authoritarian parent’s wishes, and then continue to take on a subordinate role in their relationships as adults. However, others take every opportunity to rebel against authority, which can lead to conflict with teachers, bosses, or even the law.

A child may become an adult who, even in their twenties and beyond, still finds themselves rebelling against their parents. For instance, they may feel compelled to enter a profession just to spite an authoritarian mother or father.

If a child grows up believing that excessive punishment or violence is normal, they will find it hard to form healthy relationships with others. Authoritarian parents do not teach or demonstrate healthy communication strategies, so their children will need to look elsewhere for appropriate role models.

In some cases, people raised by authoritarian parents may become abusive themselves, because they believe abusive dynamics are normal.

Research with young adults shows that children exposed to authoritarian parenting practices are more likely to be depressed than those raised by warm but appropriately firm parents.

This may be because an authoritarian parent places restrictions on what a child can do and even what they can be. Over time, this can give rise to a sense of general helplessness in their offspring.

On the other hand, this may not translate across all cultures. This suggests that the effects of authoritarian parenting interact with a child’s culture to determine its long-term effects.

Authoritarian parents are often quick to emphasize the importance of academic attainment. They may push their children hard in school and punish them for earning average or low grades.

Authoritarian parenting does not affect all children in the same way

We have lots of evidence that parenting style is linked with personality traits and mental health, but it is important to note that other factors determine a person’s character and emotional stability. Parenting is a major factor in psychosocial development, but genetics also play a role.

Children are also influenced by their interactions with teachers, peers, extended family, and even the media.

If your parents were authoritarian, it doesn’t mean that you are destined to suffer in your relationships or that you are doomed to struggle with your mental health. As an adult, you have the power to examine the beliefs you hold and the way you interact with others.

Even those with traumatic childhoods can choose to adopt positive thoughts and behaviors in the present, whether they use self-help or call on the services of a professional therapist.

Author Bio: Erica Sunarjo graduated from South Texas College majoring in Marketing and Creative Writing. She used her knowledge to make a difference in the realm of business copywriting and invested heavily in traveling and language learning. At present, Erica is fluent in French and Spanish, studying Chinese and working her way to being a multilingual copywriter. She keeps track of the latest trends in IT and technologies, blogs about efficient strategies in education and business coaching holds educational webinars. Right now Erica is the most effective writer at The Word Point.

15 Cute Illustrations That Show Why Couples Really Love Each Other

How to Improve Your Relationship with the Help of Mindfulness