Music is everywhere we turn, playing a big part in all of our lives – but how does it really affect our brains and our bodies?

“Without music, life would be a mistake” – Friedrich Nietzsche

Generally, when we hear a sad song, we can identify that it sounds sad and the same goes for happy compositions – but this isn’t because it makes us feel particularly happy or sad, it’s because our brain responds in a certain way to sad music, and a different way to happy music.

One study explained how after hearing a shot piece of music, participants were more likely to interpret a neutral expression as either happy or sad, depending on the tone of music they heard.

There are actually two types of emotions related to music: perceived emotions and felt emotions – both of which are very different entities. Sometimes, it is possible to understand the emotions of a piece of music without feeling them ourselves, which explains why some people enjoy listening to sad music where others may find it depressing.

However, stay away from high noise levels as it can impair our creative thinking as our brains are too overwhelmed with the information it has to process. This is similar to how temperature and lighting can affect our productivity and the effect it can have on our brains.

3. Our music choices can predict our personality:

Some traits were more accurately predicted than others, for example, openness to experience, extraversion, and emotional stability was the easiest to guess correctly based on music tastes, whereas conscientiousness was harder to predict.

A genre can also give an indicator as to somebody’s personality, according to a study carried out by Heriot-Watt University.

Whilst these results from the study generalize personality traits, there are some links that have been proven from other studies into extroversion/introversion and favourite genre of music: 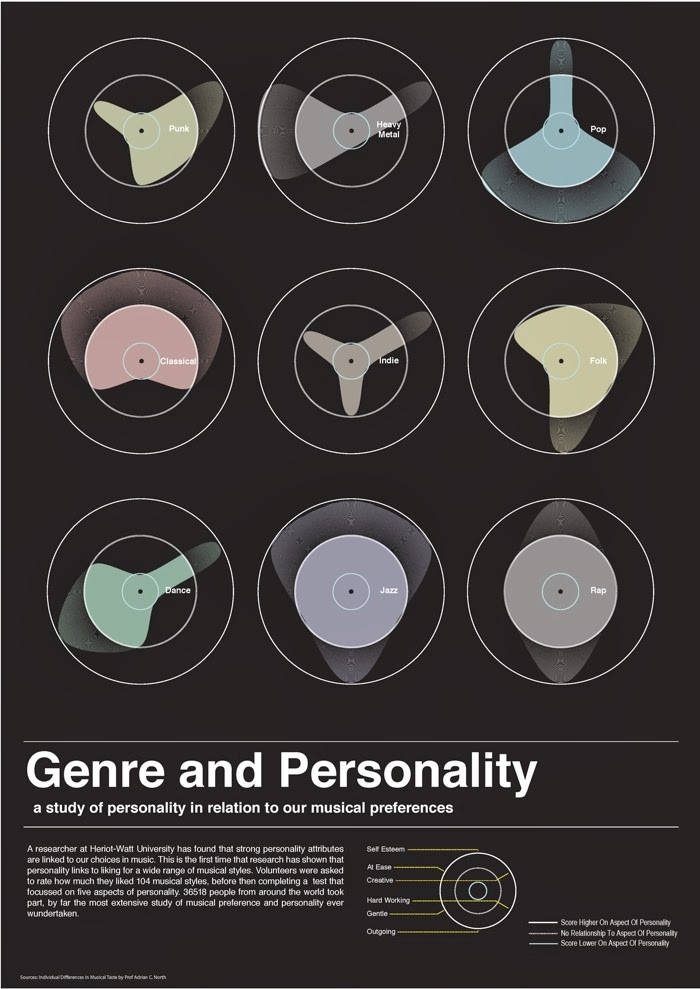 To break it down, here is the connection they have found:

4. Music can distract us whilst driving:

How many people listen to music whilst they are driving? Almost everybody, right? Well, it can actually impact your driving and distract you from the road, studies have found.

This study was carried out on teenagers and young adults and consisted of drivers taking part in a series of tests listening to their own choice of music, silence and “safe” choices provided by researchers whilst driving.

Drivers made more mistakes and drove more aggressively when listening to their own choice of music, and the music provided by the researchers proved to be more beneficial than no music at all.

5. Our motor and reasoning skills can be improved by music training: 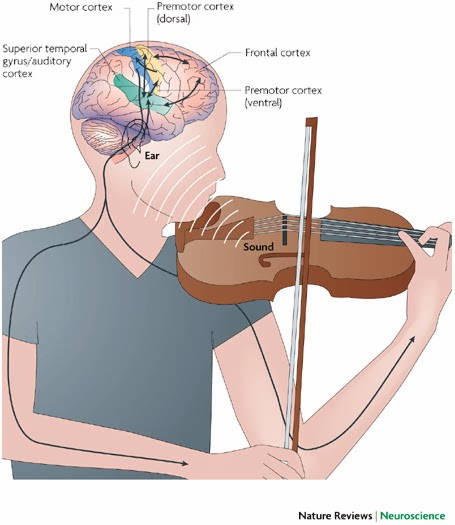 Learning a musical instrument can be beneficial in more ways than you may realise. One study on children showed that after three years or more of musical training performed better in auditory discrimination abilities and fine motor skills than those who didn’t learn to play an instrument at all.

They were also found to test better on vocabulary and nonverbal reasoning skills, which is based strongly on understanding and analyzing visual information.

Stroke patients can also benefit from musical training and exposure, showing improved visual attention whilst listening to classical music in one particular study. To compare different musical styles, the study also used white noise and silence and found that, similarly to the driving study mentioned earlier, silence resulted in the worst scores.

Although this study was very small and needs to be explored further for validation, it is fascinating how music and noise can affect our senses.

Perhaps the most common fact that most of us put into practice on a daily basis – music can help you exercise better.

In 1911 a study found that cyclists pedaled faster whilst listening to music than they did whilst working out in silence. An explanation for this is that listening to music drowns out our brain’s signals of fatigue by grabbing our attention and blocking out the signals that our bodies send when we’re getting tired.

When we listen to music, we can push through the pain to exercise longer and larder but it can also help us to use our energy more efficiently. A study carried out in 2012 showed that cyclists who listened to music whilst working out required 7% less oxygen than those who cycled in silence.

However, the tempos must be matched to the type of work-out that you’re performing, or it can have a negative effect.

Similar to how music can affect our brain, phone calls where we can only hear one side of the conversation can negatively affect us in a significant way.

They had also remembered more of the conversation than the others, showing their attention was focused on the one-sided discussion rather than the task at hand.

Some recent research has shown that there’s a ceiling effect on music at around 145 bpm, where anything higher doesn’t seem to add much motivation, so keep that in mind when choosing your workout playlist.

Here is how this breaks down into different genres:

Now if we team up these different “tempos” with the actual work-out we’re doing, we can be in much better sync and find the right beat for our exercise. If you match up the above with the graphic below it should be super easy to get into a good groove: 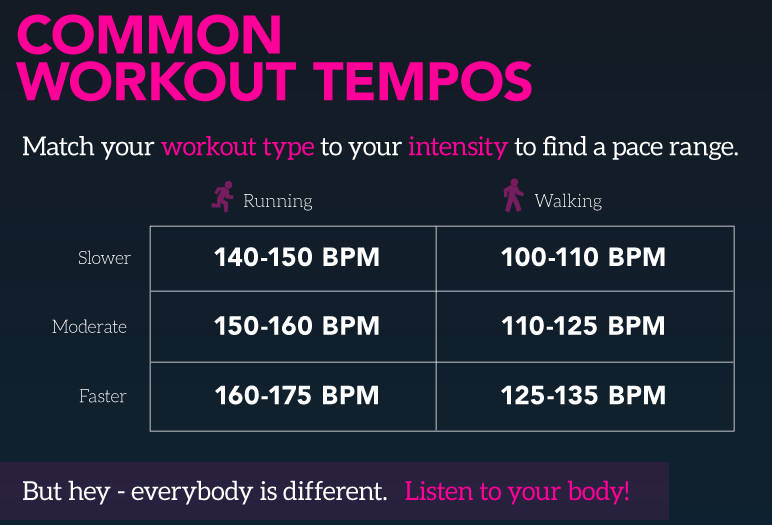 What have you noticed about how different songs affect you? Do you feel as though your musical tastes reflect your personality? Let us know your thoughts in the comments.

Here Is What Music Does To Your Body

Here is what music does to your body.

Christina Lawson, B.A.
Contributing writer at Life Advancer
Christina Lawson holds a bachelor's degree in psychology from the Open University and has a passion for books, good food, and movies. She can often be found reading self-help articles snuggled up in bed with a cup of coffee or writing about anything and everything in a quiet cafe somewhere.

7 Beautiful Vacation Destinations for Every Budget

How to Green Your Cleaning Routine