Who would have thought that a mix of garlic, onion, wine, and bile from a cow’s stomach could be an efficacious antibacterial?

Surprisingly, it is. This Anglo-Saxon treatment, which dates back to the ninth century, is extremely effective against certain bacteria cultures that cause an eye infection.

This 1.000-year-old remedy was found in Bald’s Leechbook or “Medicinale Anglicum”, an Old English medical textbook held in the British Library that contained medical advice and recipes for various medicines, salves, and treatments. “Leech” was the name for a doctor during the Middle Ages, because of the use of leeches.

Dr. Christina Lee, an Anglo-Saxon expert from the School of English, and researchers from the University of Nottingham’s Center for Biomolecular Science worked together in order to recreate this medieval remedy.

It can be used against antibiotic-resistant superbugs such as Staphylococcus aureus (MRSA), which is a major danger to public health (it is usually found in hospitals, nursing homes, prisons, and the military).

As bacterial strains become more and more resistant, it is difficult to treat them with modern conventional antibiotics. So, organic remedies are considered a good alternative.

Recent in vitro tests, made at Nottingham and complementary mice testing conducted in US University have shown that this remarkable 1.000-year-old treatment managed to almost completely eliminate methicillin-resistant MRSA.

The astonishing thing about this remedy is that, while the ingredients alone have low efficacy, when mixed together they are 90% effective in killing bacteria.

” We thought that Bald’s eye salve might show a small amount of antibiotic activity because each of the ingredients has been shown by other researchers to have some effect on bacteria in the lab, but we were absolutely blown away by just how effective the combination of ingredients was“ University microbiologist Dr. Freya Harrison explains.

Researchers will present the findings of their experiments at the Annual Conference of the Society for General Microbiology, in Birmingham. The existence of this remedy makes us realize that during the Middle Ages, centuries before bacteria were discovered, people were carrying out detailed scientific studies.

Bald’s eye salve is simple and anyone can prepare it: you only need equal amounts of onion or leek and garlic, chopped and crushed in a mortar for a few minutes and then add 25ml (0.87 fl oz.) of wine. 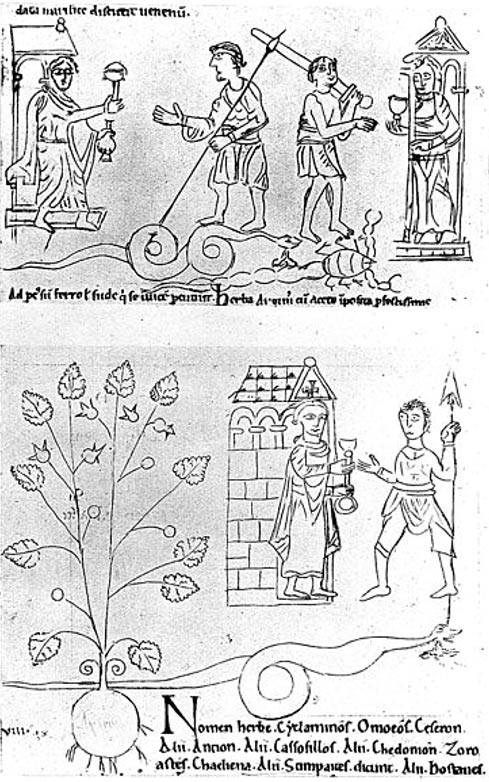 Dissolve bovine salts in distilled water, add them to the mix and keep it chilled for nine days at 4 Celsius degrees


This eye salve could hold the key to the elimination of more bacteria in the future, which is a highly optimistic message for treatment options.

Rena Papa, B.A.
Contributing writer at Life Advancer
Rena Papa is a History major, who loves art, travelling, and nature. Photography and music make her life exciting. She loves learning new languages and cultures. Over the past 5 years, Rena has been working as a translator and writer.