Socrates’ quotes on love, like many of his ideas, can be a revelation and a different path in how we approach love and our impressions of its nature.

Many consider Socrates to be one of the forbearers of philosophical thinking during Antiquity.

But first, a few words about Socrates.

Socrates is a very enigmatic personality in the history of philosophy. His main contribution is to be found in the fields of ethics and epistemology. We attribute key philosophical and argumentative concepts like the Socratic Method or Socratic Irony to him, and he is most famous for his quotes on intelligence and knowledge.

However, we seem to know little to nothing about Socrates’ life, apart from the words to be found in Plato’s Dialogues. That is also the reason why Socrates is mostly categorized under Platonic thought and philosophy. Plato was Socrates’ favorite student, and some speculate that it was Plato who created Socrates as a proxy device for his own ideas and philosophies.

Which is true and which is false, though, we’ll probably never know. Socrates met an untimely end at the hands of the Athenian ruling class. Displeased with his teachings and incessant questioning, the hegemony put Socrates on trial for corrupting the minds of the young, and eventually condemned him to poisoning by hemlock.

Socrates quotes on love can be eye-opening: 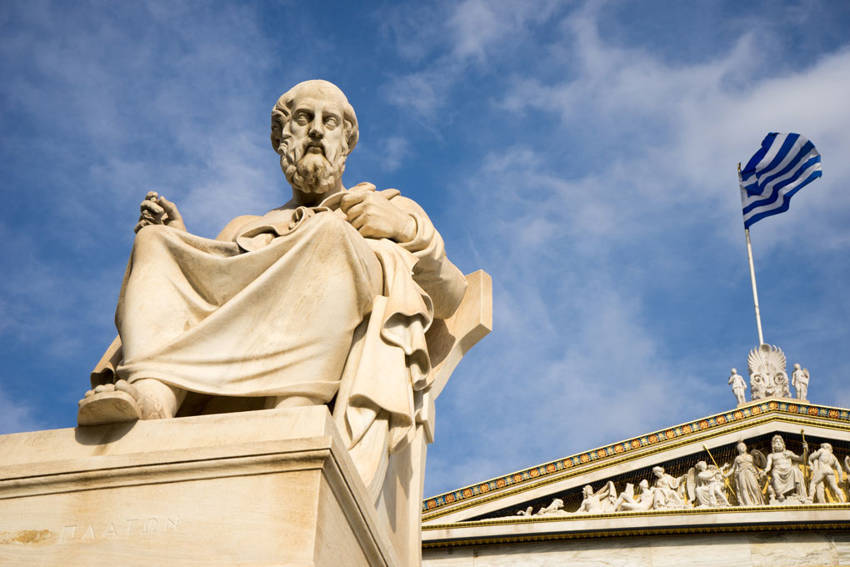 1. “One word frees us of all the weight and pain in life, and that word is Love.”

In another story that Plato recounts, his master also said the following on the issue of love:

One day, Plato asked his teacher what is the meaning of love. Socrates responded as such:

“There is a large field outside this house. I want you to go out into the field and find the best vegetation. As you walk, you must not look back. Once you have found the best plant, you will have found love”.

Plato, however, came back empty-handed. When his master asked him why that was, he responded:

“I could only have one chance at picking the best plant, and could not go back. When I found what I thought was the best plant, I did not know if I may find even better ones ahead.

So I left the plant alone and went ahead to see if there were better ones, but I found none as beautiful as the one I had left behind”.

2. “That is love”, his teacher responded.

This Socrates’ quote on love might be confusing at first, and may even merit more than one interpretation. It can either mean, for example, that one should not be greedy in love. Or it can mean that love in the singular object may be unattainable and that it is better to keep searching towards the Idea of love.

Then there is a quote from “Phaedrus”, another one of Plato’s dialogues.

3. “Love is a madness. The madness of love is the greatest of Heaven’s blessings”

In “Phaedrus”, Socrates chances upon a young noble. Their philosophical back and forth culminates in this Socrates quote on love.

Socrates, however, saw love as a form of a more religious, mystical madness. He equates it to enthusiasm and mania, in the religious sense. In the sense of inspiration, and of the role that love plays as a trigger towards a deeper view of the Sublime that entrenches the world.

It is no lie that love, whether in the form of Agape or Eros, propels us toward something better. Something higher. It even leads us to unconventional beliefs or behaviors that steer away from individualism or pettiness. It makes us nobler and more spiritually transcendental beings. And more often than not, we consider this as a form of “madness”.

Without a doubt, the best of Socrates’ quotes exist in one of Plato’s best-known dialogues, “The Symposium”.

4. “Love is of immortality”

Socrates may have uttered this most profound of quotes on love, but it was actually part of a narration by the philosopher Diotima. Socrates references the teachings of Diotima towards him when it is his turn in the “Symposium” to develop his philosophy on love.

Through their dialogue, the three concepts are born, that we may also consider as Socrates’ quotes about love. The first is “The love of generation and of birth in beauty”, the second is “Love as philosophy”, and the third is “The ladder of love”.

All three concepts lead to love as immortality. If all mortals desire to reach the sublime by a form of immortality, they seek to be born and reborn through one another in the body as well as in soul. This they achieve by ascending the ladder together, teaching and learning together on the nature of love.

The ladder leads them to the Platonic concept of Sublime Ideas. Ideas are mere conceptual forms with no material body. And to reach the dimension of Ideas through a philosophy of Love as dialectic is to become immortal.

Socrates, then, introduced Western philosophy to a key concept in other philosophies. By putting love as the epicenter of one’s personal philosophy and the ensuing system of values and principles, they can reach the immortality of the soul.

That doesn’t sound like a bad way to live gracefully. If anything, it seems perfect as a life philosophy that may nurture us and make us kind.

8 Signs He Likes You, According to the Science of Non-Verbal Communication