Whether you love dogs, hate them, or if you are not sure about them, you have to read this story about the friendship between a little girl and a pit bull.

There’s no better story to reaffirm the power of the bond between a dog and a person.

A couple met and got married, and when they combined the family into one house they also combined their dogs. Her dog was a pit bull/Labrador cross named Zack.

Initially, Zack hated his new Dad, and so when the couple had their first child, a daughter, the Dad was skeptical about his presence around the baby. The line was drawn, and the Dad swore to remove the dog if he “so much as nips at the baby”.

As soon as the baby was brought home from the hospital in a car seat both dogs sniffed, licked and wagged their tails at her. And it was Zack that wouldn’t leave her alone.

He immediately became her number one protector and would always have to be close to her from that day forward. Even when she was lying on a blanket on the floor, he would have one leg on the blanket.

As the daughter grew older, Zack continued to adore her, he would walk her to bed and sleep with her every night.

They couldn’t bear to be without one another at night times, it was a beautiful friendship.

Then the worst happened and Zack was poisoned by some horrible neighborhood kids. The poor little girl was beside herself when she had to say goodbye to him, and when it came to bedtime it was even more unbearable. For the last five years, Zack had been with her every night and now she felt confused and alone.

It was then that the other dog, Sam, came to her rescue. He somehow knew that he had to try to take the place of Zack and so he went over and nudged her with his head. He then started to lead her upstairs, as she clung to his neck tightly and finally made her way to bed for her first night without Zack.

Sam waited for the little girl by the stairs every night and was made up of the incredible bond that she had with Zack. It’s an unbelievable tale of the ultimate bond between humans and dogs and is one that we should always remember. 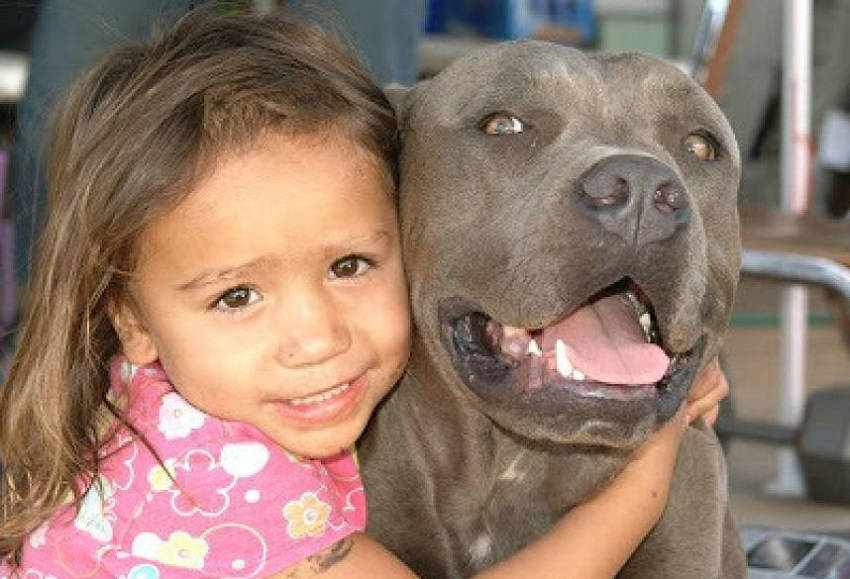 This Thai Supermarket Uses Banana Leaf Packaging for All Its Produce