These photos of adopted dogs will make see how transformative can be the love and care of humans to animals.

Adopting a pet is one of the most humane things a person can do. Let’s change the word pet in the following sentence with the word human and measure how humane animal adoption really is.

‘In the United States, 2,7 million humans in shelters are being euthanized annually due to overcrowding.’ This sounds like some totalitarian nightmare, doesn’t it? Try to imagine what the situation is like in the rest of the world.

Some countries don’t even have animal shelters, and dogs and cats are roaming the street looking for food and a safe place.

The number of homeless animals outnumbers homeless humans 5 to 1 in the United States only, once again, these figures, radically change when you take into account the rest of the world.

While adopting a human child can change the life of that child for the better, the majority of homeless people are not children. Pets, on the other hand, are much like children, they are helpless and dependent on their humans.

Your choice to adopt a pet, instead of buying one can make a huge difference in the life of your future furry companion.

There is almost no difference between being a homeless dog and a homeless person. In both cases you struggle to find food, you must sleep outside in freezing cold or in the scorching heat, and your health deteriorates at an astounding speed.

Unlike human beings, animals do not accept the city as their natural habitat and are often confused and intimidated by the loud noises of large urban areas.

Shelters are not a good environment for anyone, especially for animals who are being kept in cages for long periods of time. Although this is the lesser of two evils, a shelter can only be a temporary solution. If nobody adopts them, these lovely little beasts will be euthanized or kept in the conditions that are not exactly perfect.

Getting a pet can be one of the best things you’ve done for your family, not only because of the love and devotion you will be getting from your new friend. Your children, if you have any, will learn how to be responsible for another being, to care for that being and treat it with the attention it deserves.

This is a lesson a lot of us could learn a lot from.

There is no need to show the world that you like animals by throwing huge amounts of money on pets with pedigrees when you can get a loving creature for free. They will show their appreciation by cheering you up when you feel down or by making your home a warmer place to live in.

These stories of adopted dogs show how beneficial adoption was for them, so scroll down to see happy dogs, the best argument of all to adopt an animal: 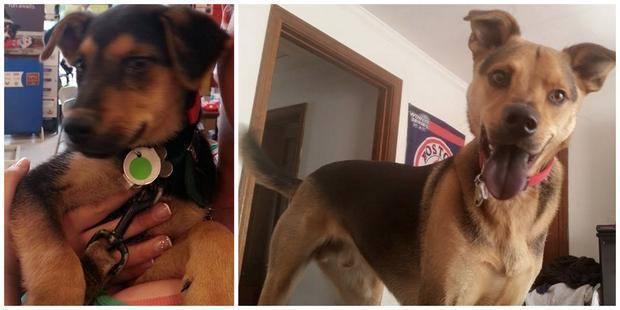 Fry was a shelter puppy, who made an immediate bond with his future owner during an event at a local shelter. 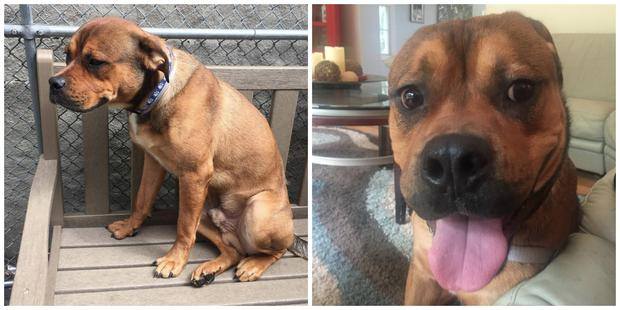 He was a street dog with a rough past and health problems. Walker roamed the streets of New York City before he found his new home and was adopted. Now, he enjoys long walks, playing with other dogs and being outside.

Jasper was a skinny little puppy, scared and distrustful, before the adoption. A few years later he is full of energy and enjoys spending time outside with his buddies. 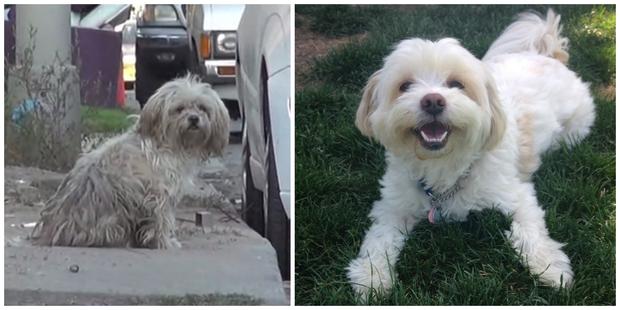 He was living on the streets when his new owners saw a video of him and tracked him down. Today Tobby has all the love he can handle and lives in a beautiful home.

These two skinny fellows were found together as puppies. Even though they don’t live together anymore, they remain friends and see each other often. 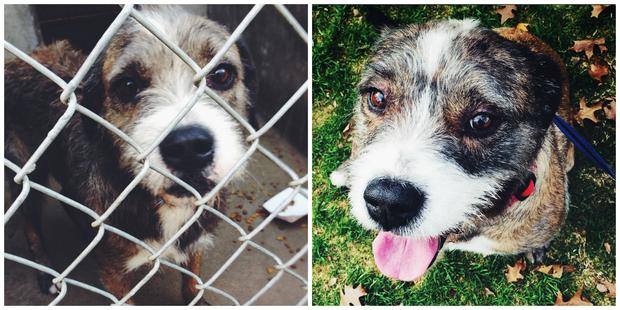 This adorable creature lived in a shelter. Once Mr. Whisker found his home and adopted him, he was in need of a minor medical treatment. Right now he is as happy as a dog can be. 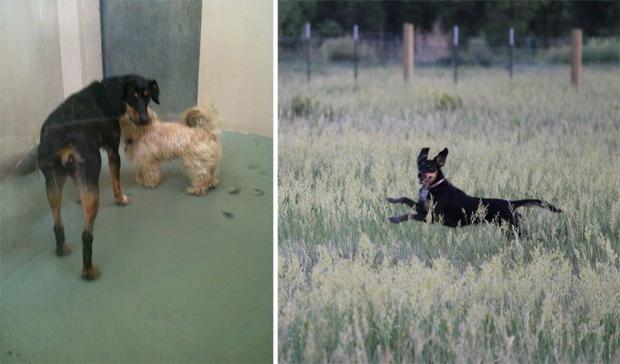 This dog was in such bad shape when her owners found her, that they had to wait for her to get better before adopting her. Luckily, the owner never gave up on her, and now as you can see she is a healthy dog that enjoys her new life. 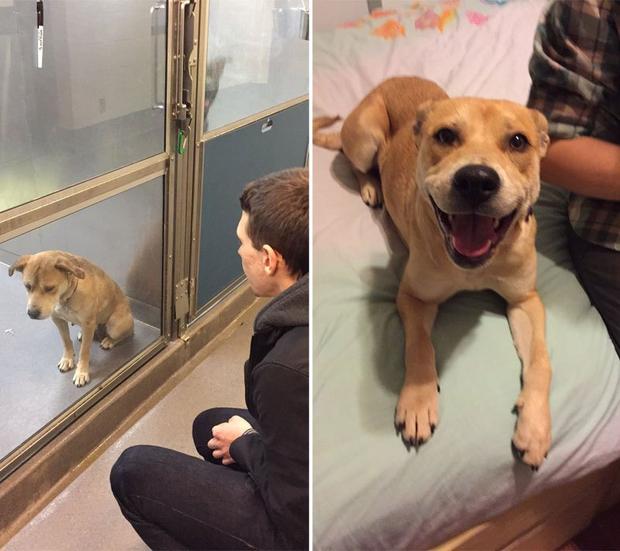 Who would think that only one day can make such a difference in a dog’s life? These images were taken a  day apart. The difference in Spokey’s mood is obvious. 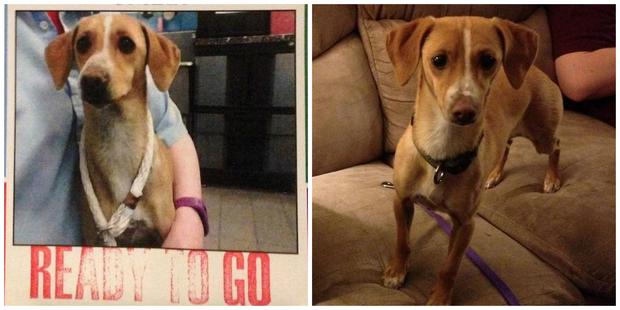 She was hit by a car before she was brought to the shelter. Her medical bills were considerable, and that made the adoption even more complicated. Fortunately, her new owners didn’t care about the money, and they gave Lucy a life she deserves. 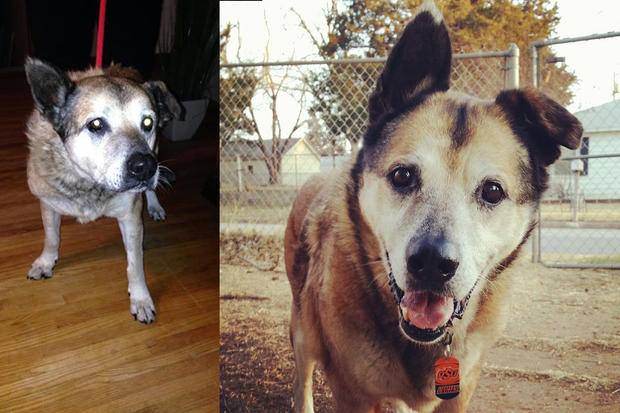 This dog was abandoned by his first owner, who wanted to give him to the shelter. They told him that he was too old for that, but then a friend of the owner took him.  Herschel is still very good looking and lives a happy life. 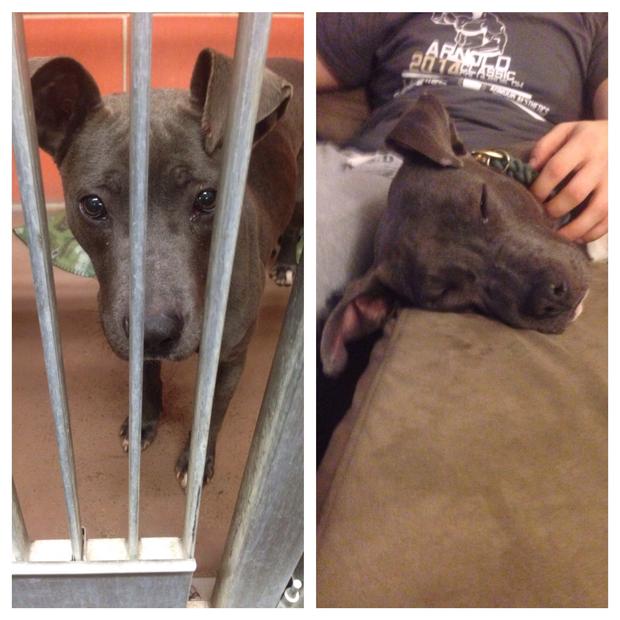 No dog was ever happier than Eleanor Pigsby was after being rescued.

How to Get Rid of Fruit Flies at Home: 6 Safe and Natural Traps

6 Incredible Things You Didn’t Know Dogs Sense about You