Do you know that others can size you up because of the way you carry yourself?

A keen eye may pick up on how fearful and insecure you are. You may not realize it, but the way you stand or sit reveals a lot of information about you. Here is what your posture may tell others about your confidence.

Why proper body language is essential

Body language refers to your conscious and unconscious non-verbal communication. It plays a huge part in how others see you because about 50% of human judgment is visual. According to experts, only 7% of what we say affects how others view you. So, some professionals may spend hours rehearsing the way they stand or sit comes as no surprise.

Types of body language and what they show

What you do not say to others can matter much more than what you do. Here are a few body language examples, and how they may affect others’ judgment of you.

Since the visual sense dominates our communication, eye contact is essential when speaking with others. It can communicate interest, affection, and anger. Meeting others’ eyes allows you to gauge their feelings and responses.

Furthermore, touch is essential because it tells others a lot about your personality. So, a weak handshake shows your lack of confidence. Depending on interpretation, a pat on the head may show affection or that you are patronizing. A firm grip may betray your controlling nature.

Also, think about the times you have felt uncomfortable because another person was invading your space. Allowing physical space from others is essential because it allows them to communicate with you comfortably. Close physical proximity can express affection or aggression.

Finally, it is not in what you say to people, but how you speak. People read messages from the tones of our voices. A raised inflection may tell them that you are angry, a low one betrays your fright. Your voice can show your confidence, affection or sarcasm.

Insecure vs. Confident: How body language changes the way you look

Also, your posture may tell others how confident or insecure you are. As these photos show, you can tell immediately if a person is confident or not. Comparing them will give you an idea of what proper posture is. 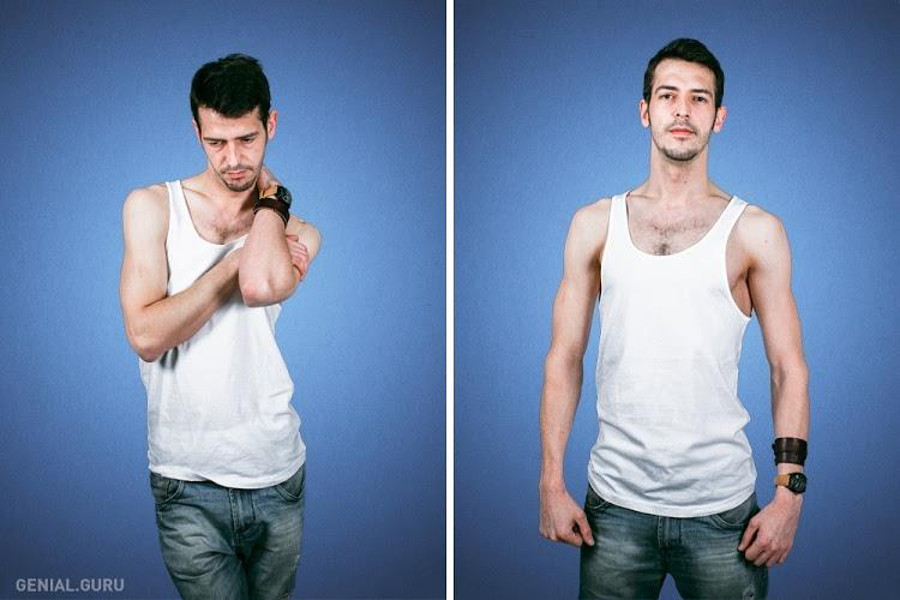 First of all, maintaining an open, upright posture is a must for communicating confidence. In the picture on the left, the gentleman describes a lack of self-esteem because of his closed stance. He wraps his arm around himself and touches his watch as if he cannot wait for the time to leave. In contrast, his open, stance on the right shows his self-belief. 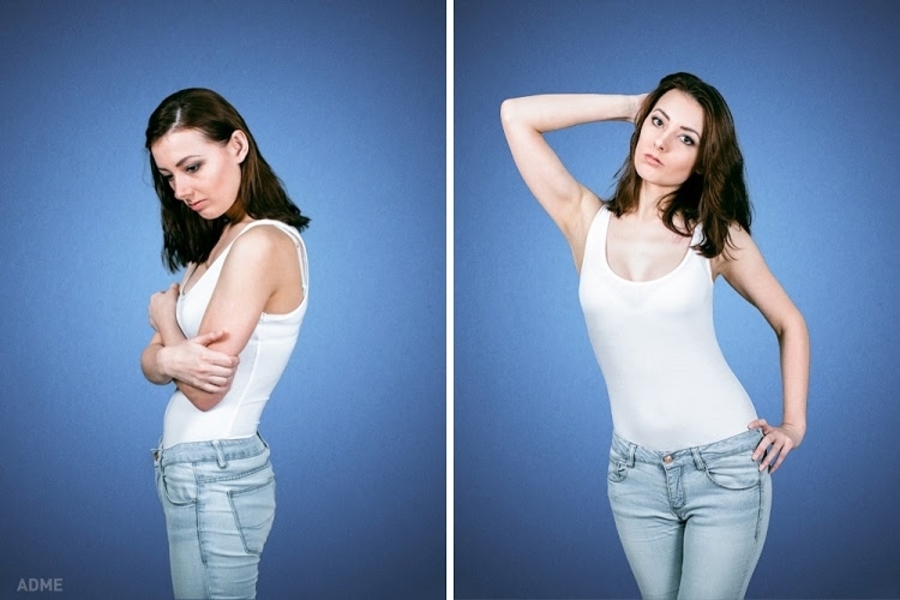 The woman in this picture closes herself up in the photo on the left. Her posture shows her fear of communicating with others and letting them know too much about her. The picture on the right reveals that she is calm and unafraid of others. 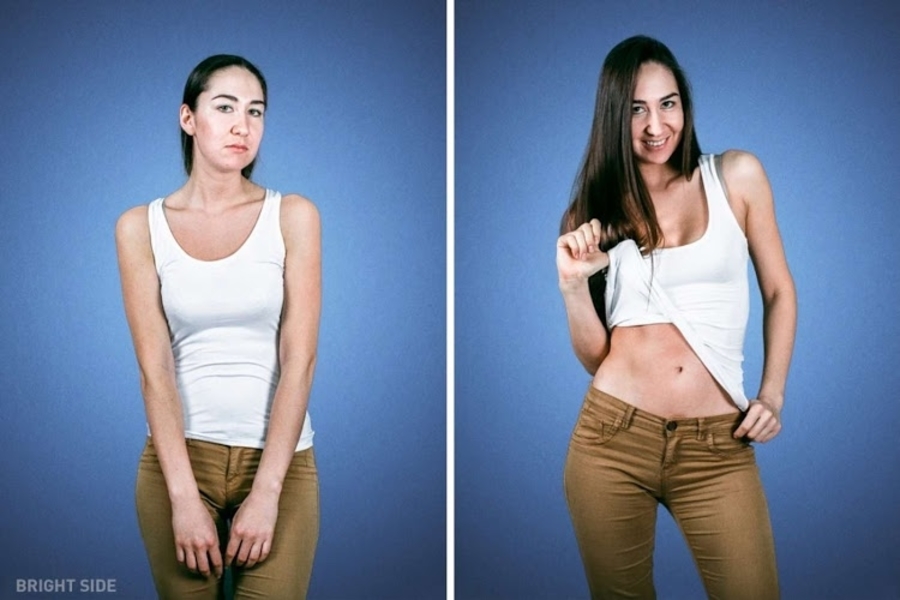 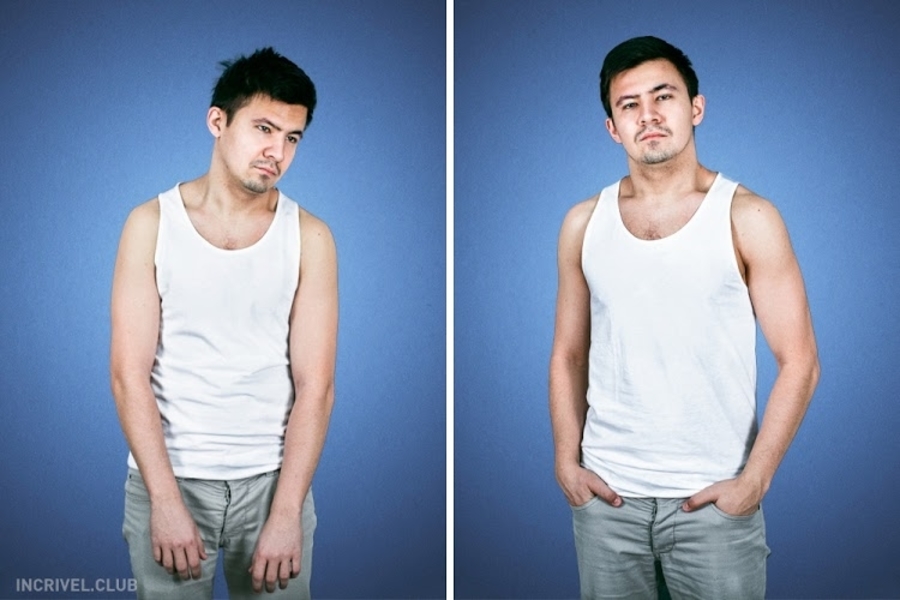 You would not wish to speak to this gentleman if he stands as he does on the left. He is slouching and looking down, showing a sense of melancholy and lack of esteem. His open stance on the right demonstrates that he is confident and approachable. 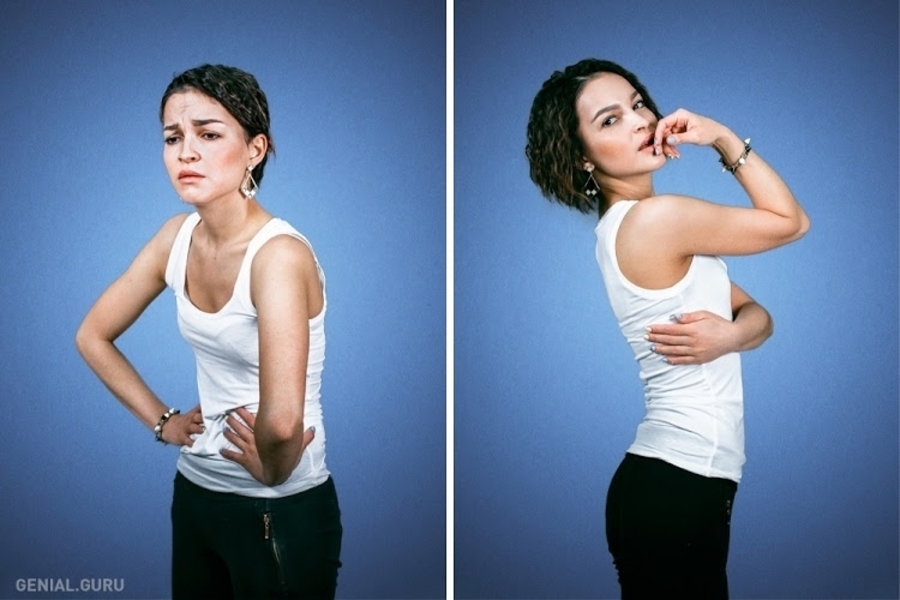 You would prefer to get to know this woman if she stands as she does on the right because her upright posture shows her firm self-belief. Interpret her curved arm as a sign of strength. 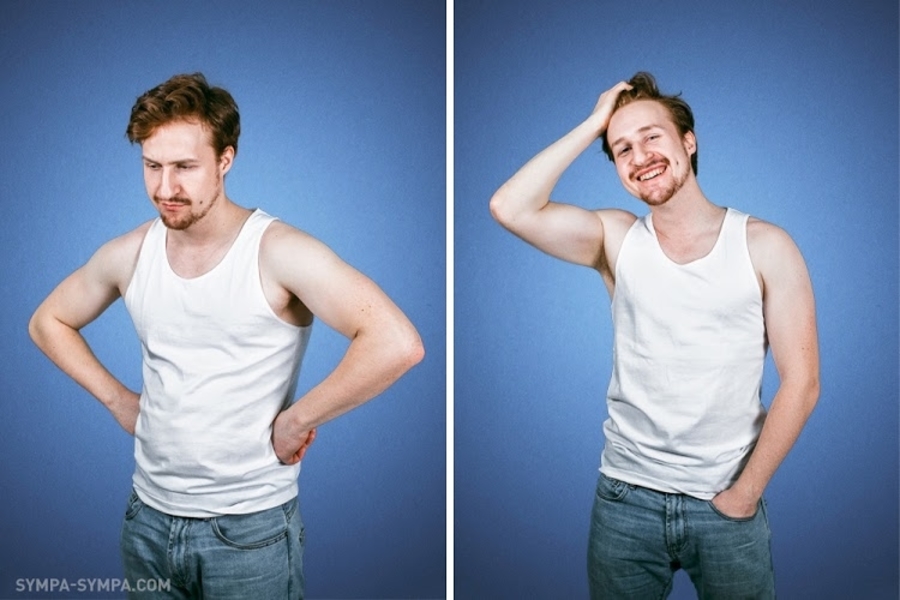 You will not want to talk to this gentleman if he stands the way he does on the left. He shows aggressive body language by putting his arms on his hips. The picture on the right reveals that he is calm, relaxed and in a good mood. 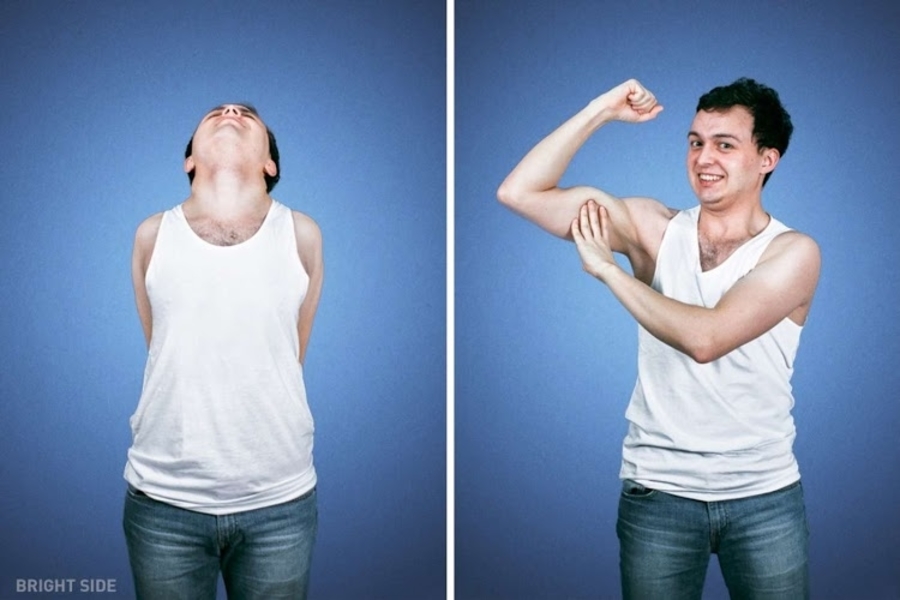 You will not engage with this man if he stands with his head backward because he shows how insecure he is. He shows off his biceps on the right, indicating confidence. Hence, you would find him an enjoyable conversation partner. 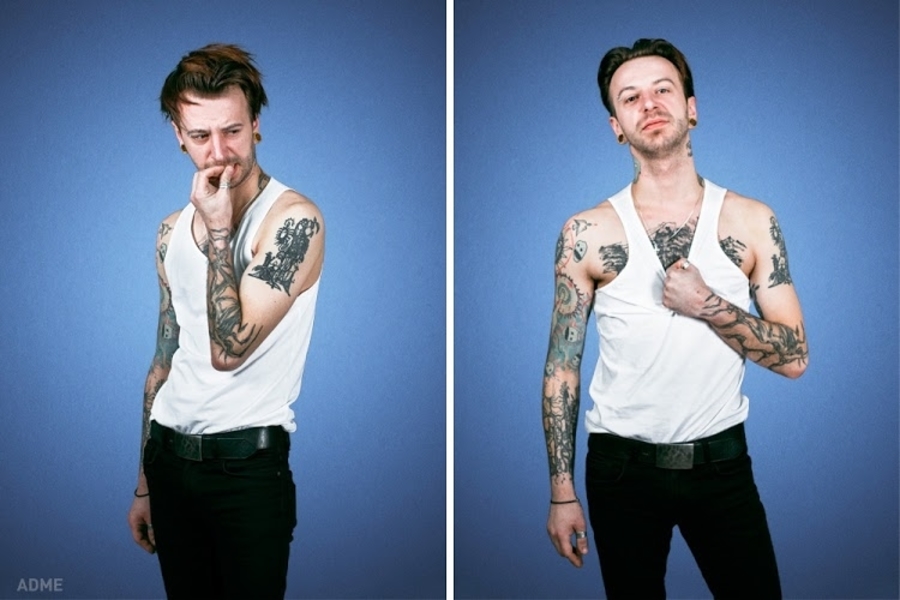 This man bites his lip in the picture on the left, showing that he is insecure and hesitant. You would not want to trust him with significant decisions. You would do so if he stands upright as he does on the left because he shows that he is ready to engage with you and take on tasks. 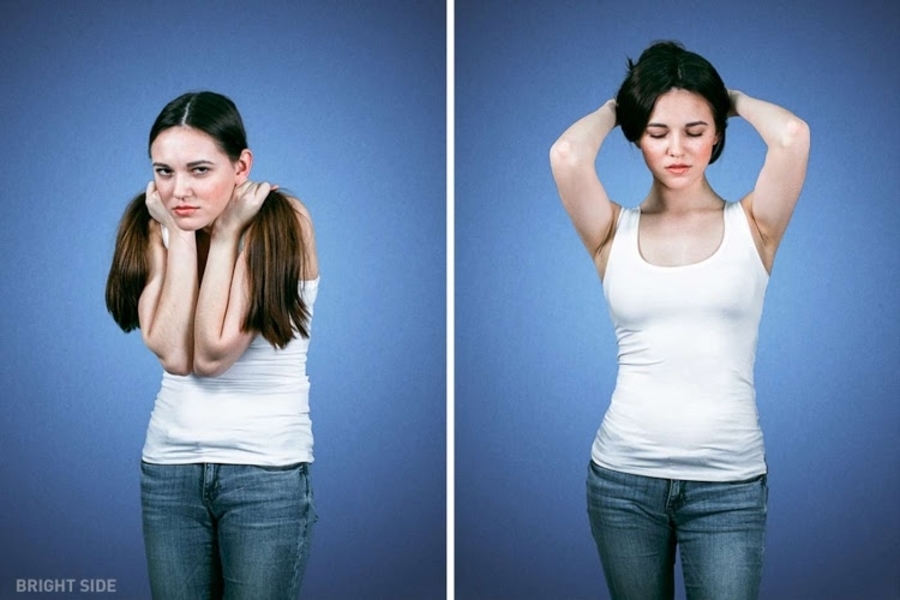 This woman shows fear in the photo on the left because of her hunched, cramped up posture. She is more relaxed, open and confident in the picture on the right. 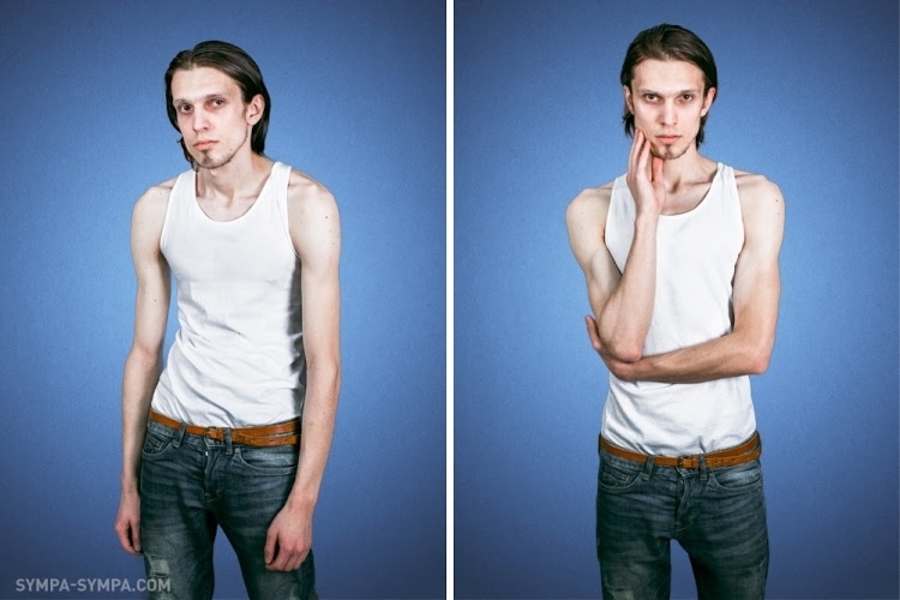 Finally, the man on the left slouches, showing his disinterest in a conversation, Hence, you would not know if he was listening to you. In the picture on the right, he crooks his arm, places his finger on his chin and looks thoughtful, So saying, you know that he is an active participant in the conversation.

In conclusion, watch your non-verbal communication because it shows whether you value yourself. Poor posture reveals that you are insecure, while an upright, open stance indicates that you have self-worth.

25 Honest Truths about Life I Have Learned at 25