Heart Vs. Brain: Funny Comic Depicts the Never-Ending Battle Between Our Emotions and Logic

Whether you tend to listen to your heart or rely on rational thinking when making decisions, you are probably familiar with the constant battle between emotions and logic, which often makes our life difficult.

Of course, most often, this contradiction between the rational mind and feelings happens when it comes to relationships. I bet most of you have experienced situations when your emotional self wanted to call him/her so much, but your rational mind was trying to stop you from doing that stupid thing.

Remember that little voice in your head telling you something like: “No, wait until he calls first” or “If you call him now, he will think you are chasing him?”

This purely human trait, which every person can probably relate to, is what inspired artist Nick Seluk to create a comic series depicting the never-ending battle between the heart and the brain in a fun way.

His hilarious illustrations depict different situations in which the emotional heart is doing some crazy and innocent stuff with the only purpose to have fun and the rational brain is trying to stop it, calling the heart to get back to ‘real‘ responsibilities.

On October 20th, Seluk released his funny comic series in a book which is now available on Amazon.

By the way, “Heart and Brain” is not the only comic created by this talented cartoonist – if you like his art, be sure to check out his popular Awkward Yeti webcomic. 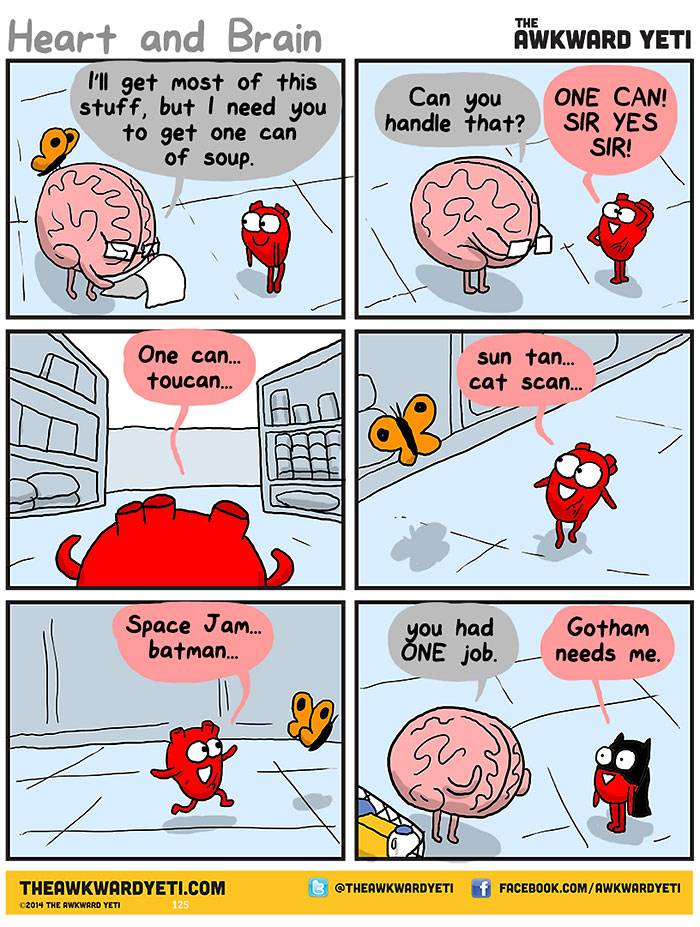 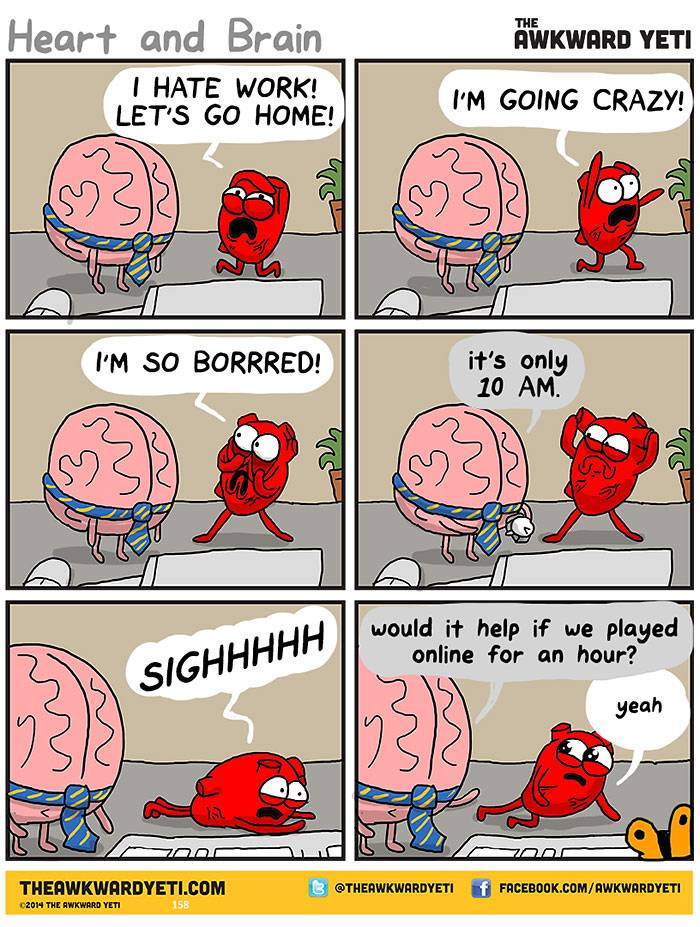 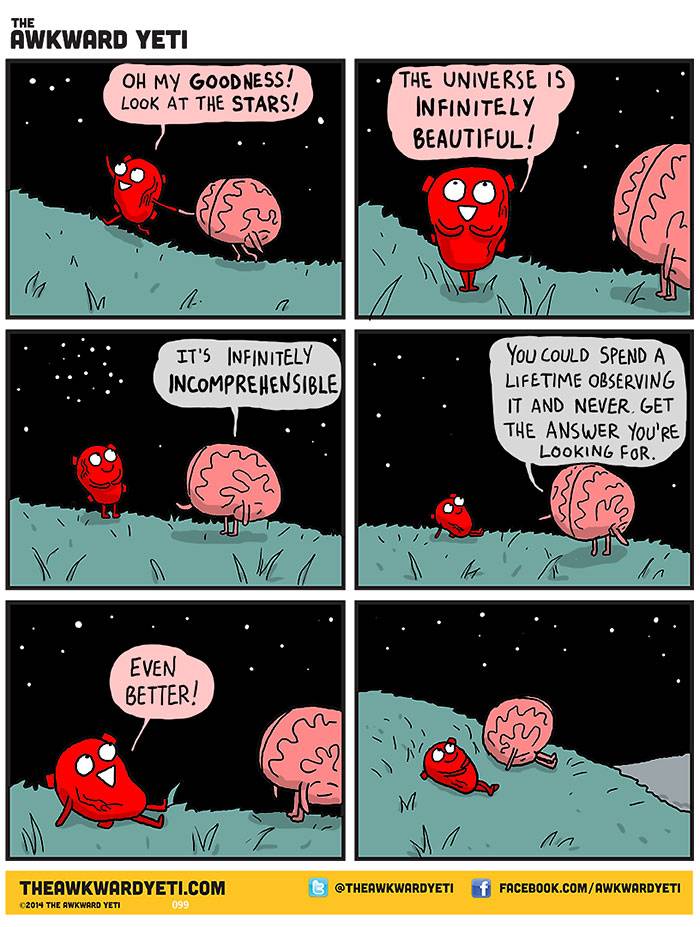 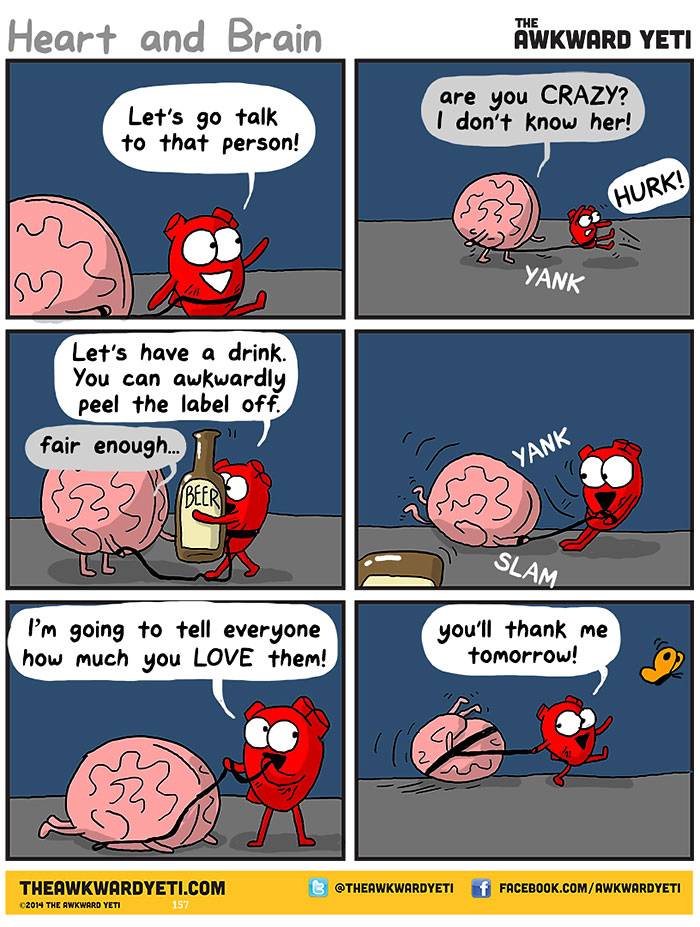 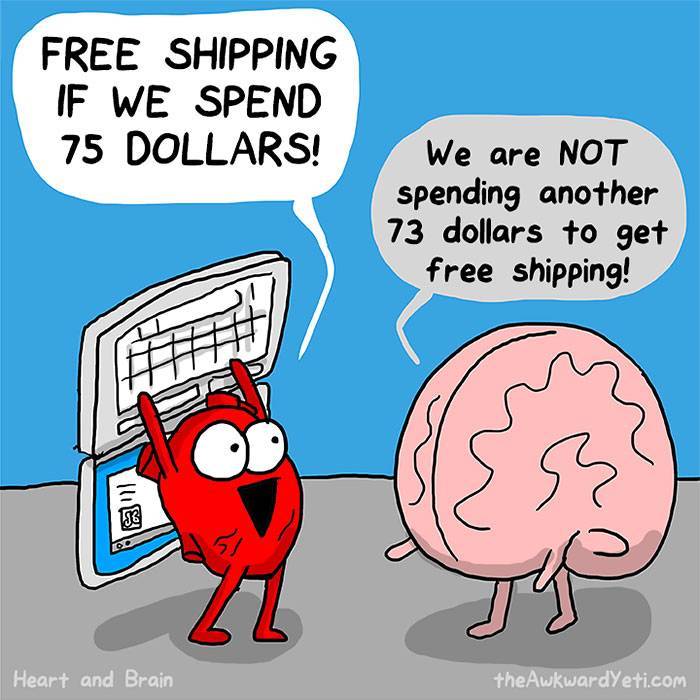 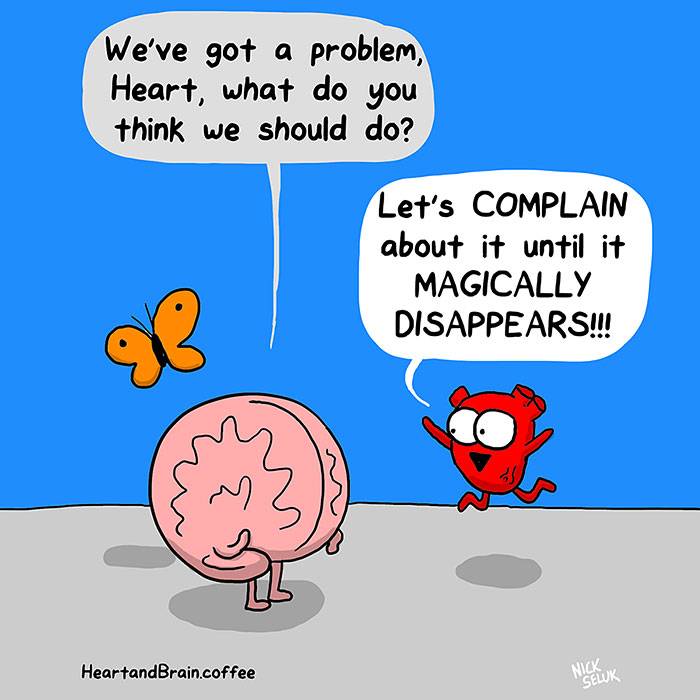 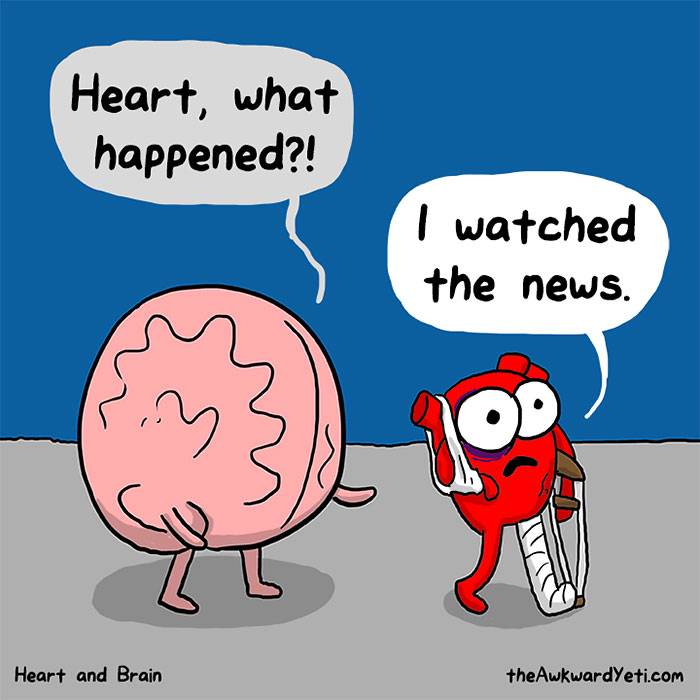 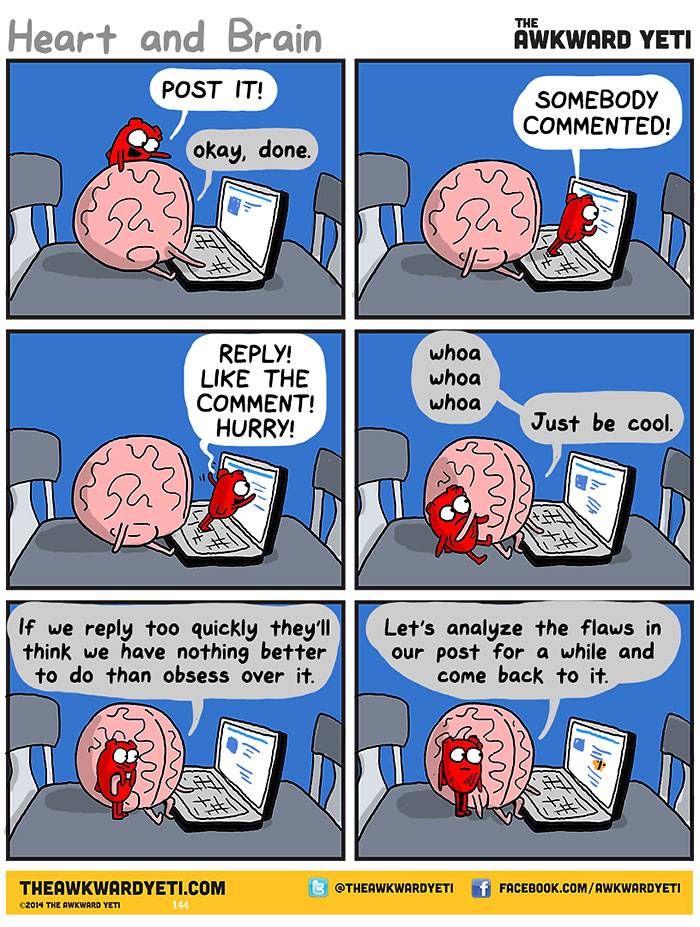 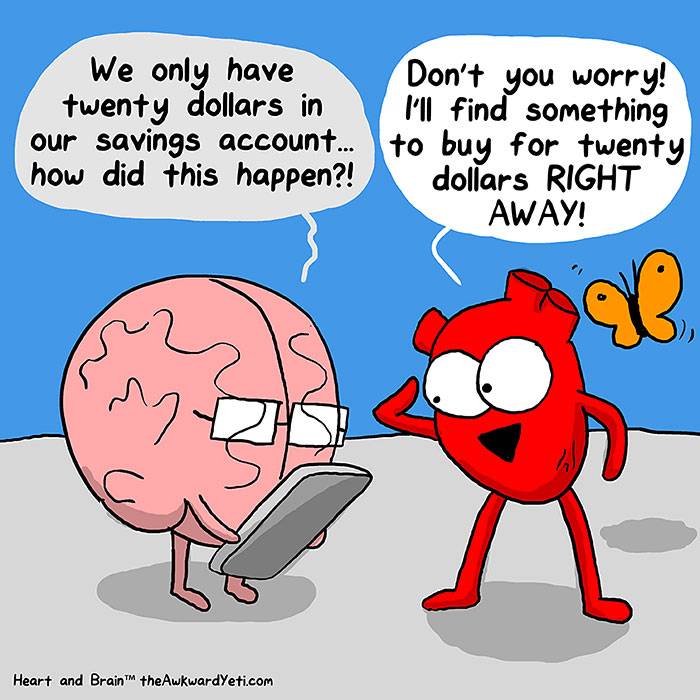 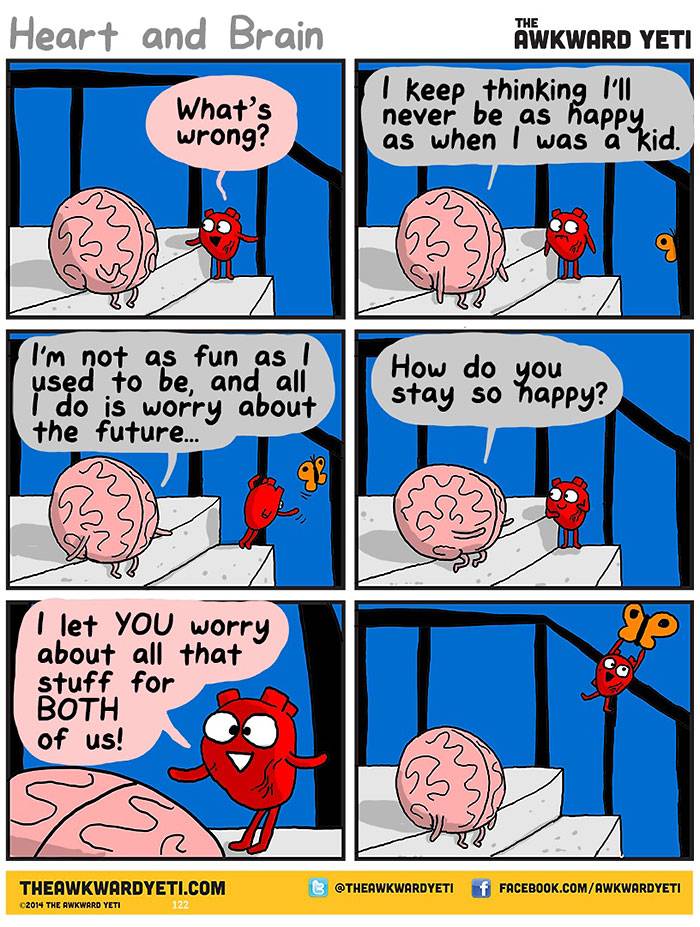