Parents find it hard to believe that their typically angelic children would torment their friends in school. Their angels, much to their dismay, are monsters who indulge in child bullying.

With the internet being so pervasive, bullying has taken new forms. Bullies not only harm their victims physically but also emotionally.

6 Signs That Your Child Is Bullying Others

How do you know that your child is bullying others? It’s difficult for parents to admit that their children intimidate others at school.

Watch your child for these signs if you are uncertain:

Firstly, you may start getting notices from your child’s teacher about errant behavior. An occasional skirmish or bruise is nothing unusual, but do sit up if it happens frequently. Your child may also start acting out at home by hitting siblings.

Discipline problems are a hallmark of a bullying child. Furthermore, popularity is an obsession for preteens and teenagers, and it’s hard to blame them because it’s a social need.

Your child probably isn’t the only one who displays aggressive tendencies. His or her friends may do the same. Note that bullies often work in groups, and your child may be part of one that threatens the well being of other children.

Also, many bullies have experienced bullying themselves. They bully to regain power and authority. Parents often receive complaints about bullying behavior if their children are victims themselves.

4. Intolerance of people who are different

Most bullies are intolerant of people who are different from them. They have difficulty accepting people who come from diverse backgrounds or have disabilities. Bullies typically lack empathy.

You and your spouse may find it challenging to connect with your bullying child. He or she is likely to be a bully if you are always angry at him or her. Also, you may find your child refusing to communicate with you. Your young one will find it impossible to share feelings openly.

There is often violence at home as well, according to the US Centers for Disease Control and Prevention. The researchers involved in this study found that children from violent homes were four times as likely as their peers to become bullies. 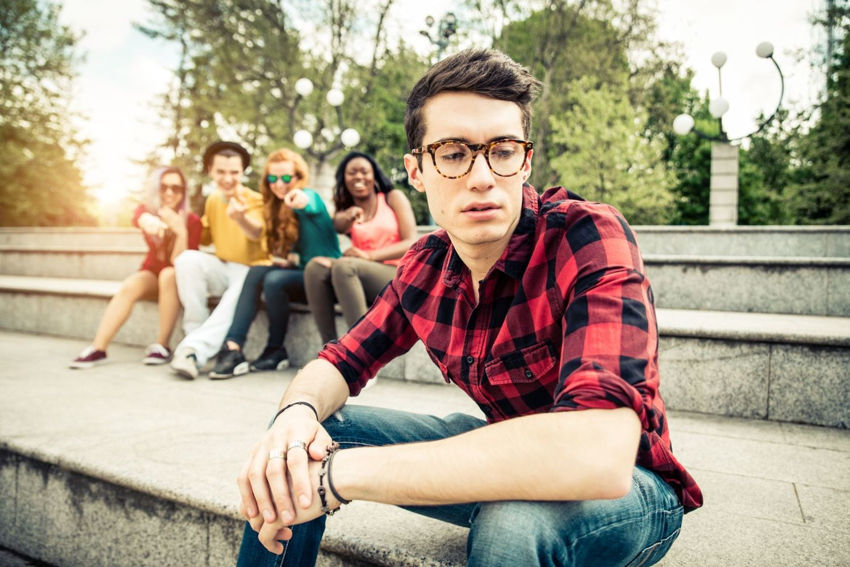 We often associate bullying with Jackie Chan-style kicks and punches, but there is more to it than this. Knowing the different types of bullying will help you determine if your child is indulging in errant behavior.

The first type of bullying on the list is physical bullying, which many of us understand because it is the easiest to identify. Physical bullies almost always dominate their victims Because they are bigger-sized. They seek to control others by hitting, punching, slapping, or pushing them.

Verbal bullies aim to gain control of their targets by making mean statements or resorting to name-calling. They typically use insults to hurt others emotionally. These types of bullies center on victims who look or speak differently from them.

It’s challenging to identify verbal bullies because they act when the teacher isn’t around. It’s then One person’s against another’s. What worsens the situation is that adults downplay the significance of verbal bullying and often tell children to ignore it. However, research shows that it can leave deep emotional scars.

This type of bullying is insidious and well-disguised by perpetrators. Experts sometimes refer to it as emotional bullying. Teens are the most guilty of it by far. They often try to sabotage the social standing of peers they dislike. It includes ostracism under the spreading of rumors behind the victim’s back.

As you may expect, girls do it more than boys because it is subtle difficult for adults to notice. Relational bullies tease their victims and exclude them from activities. Adults have a difficult time faulting them because it’s not possible to force one person to like another.

Cyberbullying has become prevalent with the onset of social media. IT savvy tweens and teens utilize technology to embarrass, threaten, or harass or victims.

Examples of how they do so include or posting online threats. Cyberbullies choose to bully this way because they can say things they would not have the courage to say otherwise. The consequences are often traumatic for victims.

It leads to sexual assault in some cases. These bullies select victims who are unattractive so that they can make fun of their victims’ appearances or lack thereof. Girls are often the sad targets of this type of bullying.

Sexting also can lead to sexual bullying. For instance, a girl may send a photo of herself to a boyfriend. He may post nude images of her online to exact revenge after a breakup. They share the pictures and call her vulgar names.

Tweens and teens may have biases against those who are different from them. They act on these prejudices by getting involved in other types of bullying – physical bullying and cyberbullying being the most prevalent.

How to prevent your child from bullying others

There is a lot of information on helping victims of bullying, but not as many on how to prevent the behavior. These suggestions will point you in the right direction.

1. Determine why your child bullies

To help your child in the best way possible, you need to know why he or she bullies other children.

Your child may himself or herself be a victim of bullying, so you may have to deal with the bullying behavior as well as cope with being bullied. If your child bullied to be popular, then your responsibility as a parent is to teach him or her to form healthy friendships.

Knowing the root cause of the misbehavior will help you develop appropriate disciplinary responses.

2. Tell your child that bullying is a personal choice

Your child needs to recognize that no matter the reason behind his or her bullying behavior, it was a poor choice. He or she must understand that he or she chose to bully, no matter the cause, and take ownership of the behavior. Discuss the situation until your child understands the enormity of his or her actions.

Any punishment should always fit the crime, and this is particularly true for bullying. If your child was using his or her phone to torment others, then a logical consequence is the loss of phone privileges.

If your daughter used her position as the most popular cheerleader to dominate others, then a loss of that status for some time is appropriate. Every bullying situation differs from another, as do consequences.

4. Be Supportive of School Discipline

Accepting the school’s right to discipline your child may be difficult, but it is an essential part of rehabilitating him or her. Partnering the school may teach your child the lesson that you will not stand for poor choices.

5. Arm your child with the skills he or she needs

Your child may bully others because he or she lacks social skills. Anger management may be necessary. He or she also needs to understand that fitting in isn’t always required. Give him or her the skills that he or she needs to prevent bullying.

Parents may shame their bullying children into instilling discipline in them. They may force them to wear a shirt which says ‘I am a bully’ or go on social media to apologize for their behavior. Shaming isn’t helpful and may have the reverse effect of teaching your child that bullying is acceptable.

Discuss the consequences of bullying with your child. Explain what happens to a bullied victim. Teach him or her to see things from the victim’s perspective. Instilling empathy for others can do much to stop the bullying.

Be sure that your child takes the time to think about how she would feel if she was the victim. When children learn to accept different views, they are less likely to bully again in the future. Raising your child’s emotional intelligence goes a long way in stopping bullying behavior.

In a nutshell, bullying among children isn’t a trivial situation. If your child is guilty of it, don’t enable it; take steps to remedy it.

10 Steps in a Relationship Every Couple Should Go Through

8 Signs He Likes You, According to the Science of Non-Verbal Communication