What Life after Marriage Is Actually Like, Captured in 5 Cute Illustrations

These cute illustrations capture in an amazing way how life after marriage is totally different than before marriage.

Many believe that once you tie the knot, life begins. That there are no more arguments, no more drama and life is pretty much perfect. However, things do change, it may only be a piece of paper and a ring, but life after marriage is way different than before, even if it’s just little ones. 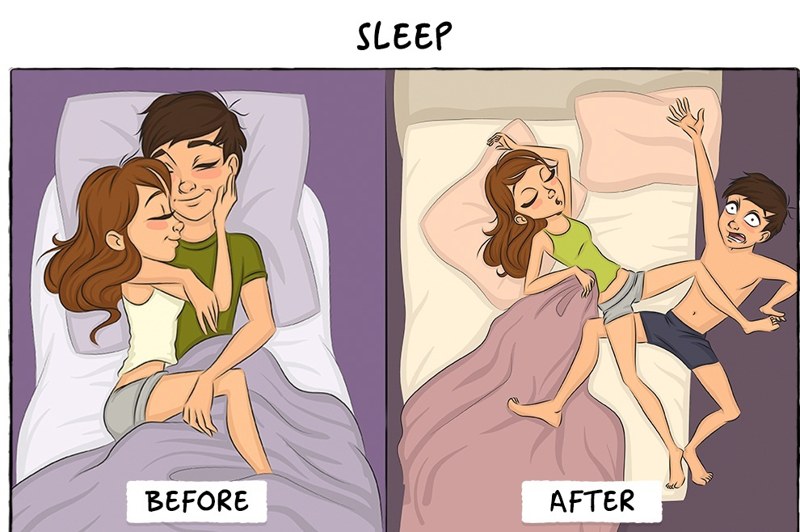 Bed hogging is the number cause of arguments in bedrooms in the UK according to a study. There is nothing worse than waking up in the cold dead of night to see your partner, star-fished on the bed with the entire duvet.

Many couples have invested in two duvets to try and alleviate this irritating problem. According to the same study, one in ten adults said they would think about leaving their partner because of it. 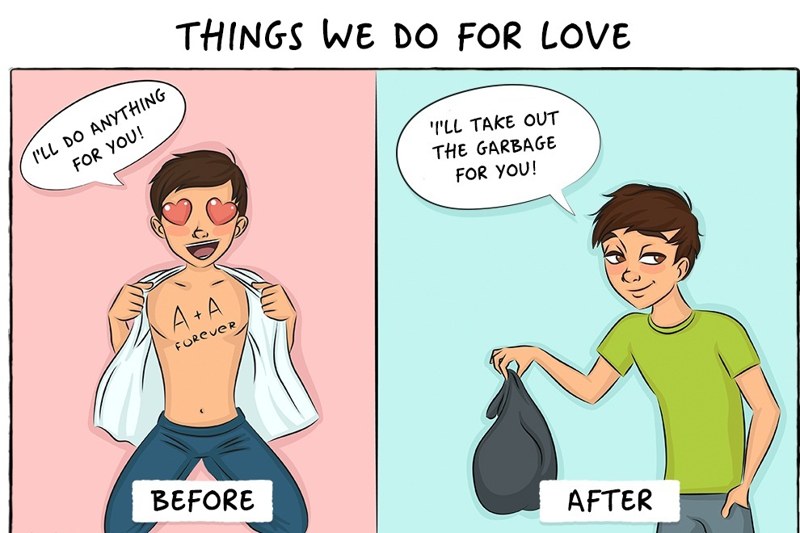 Before marriage, you often longingly remember when your partner used to walk the dog in the mornings, bring you a hot cup of coffee and turn the heating on before you even considered getting out of bed. Sometimes it seems this all stops when you marry, however, it’s more about sharing the load.

According to a study undertaken by the University of Missouri, chores that are divided up equally between husband and wife will ensure a happy marriage.  For many couples, there are blue and pink chores, and couples generally tend to stick to these.

However, the professor involved in the study said it actually doesn’t matter what the chores are, as long as they are divided up equally. Split chores mean a happy marriage. 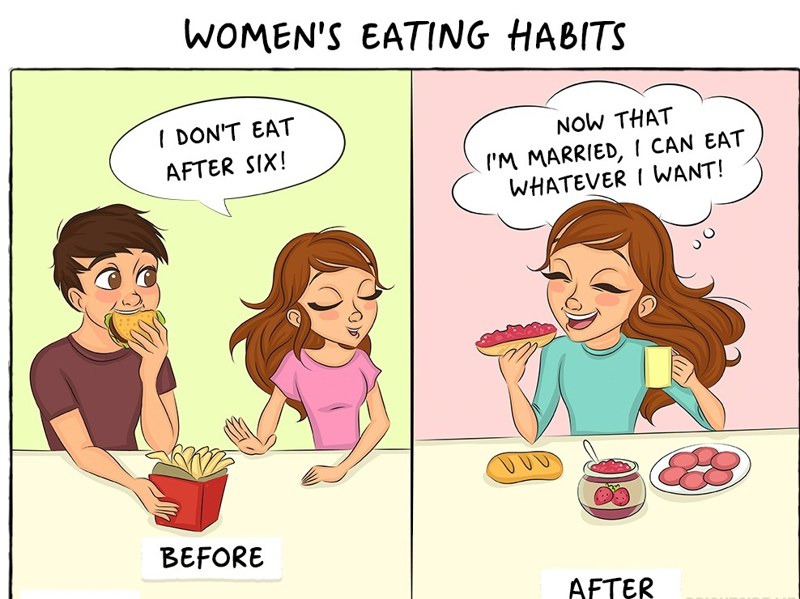 It’s extremely common for girls to limit the amount of food they eat in front of their partners early on in their relationship I know I did and my friends too. It is also possible that due to being so enthralled by a new partner, your appetite does decrease, mine also did.

However, it seems that once you either marry or have been together for a long period of time, your appetite magically appears to grow. Many women also do gain weight once they are married.

The reason behind this is you are happy, content and if married, you have a partner for life, so even if you gain a few pounds, he’s still going to love you.  Some cynically believe that now you are married, you don’t need to worry, you got your man, let them eat cake! 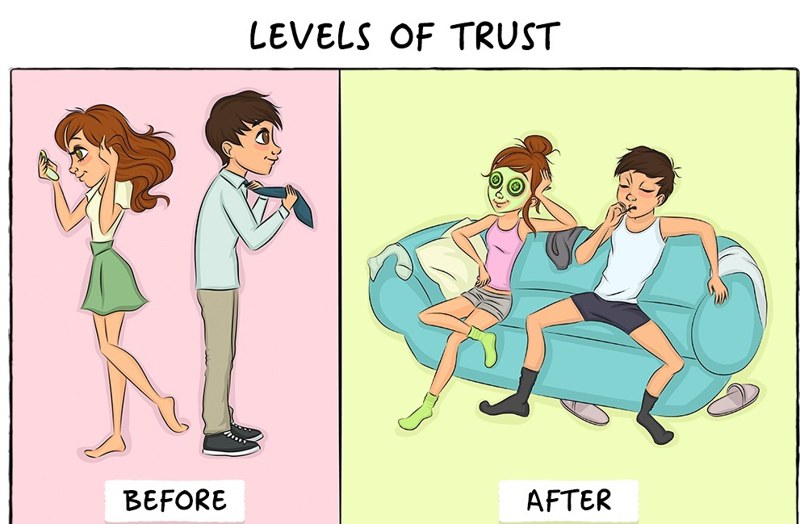 Many women cannot imagine walking around in their loungewear with a facemask on in the early stages of their relationship. They believe they need to keep many parts of their beauty and healthcare regime a secret from a new love.

But once you marry, or move in together, this all changes, for the good. You should be able to let your hair down in front of your partner, after all, you are together “til dead do you part”. 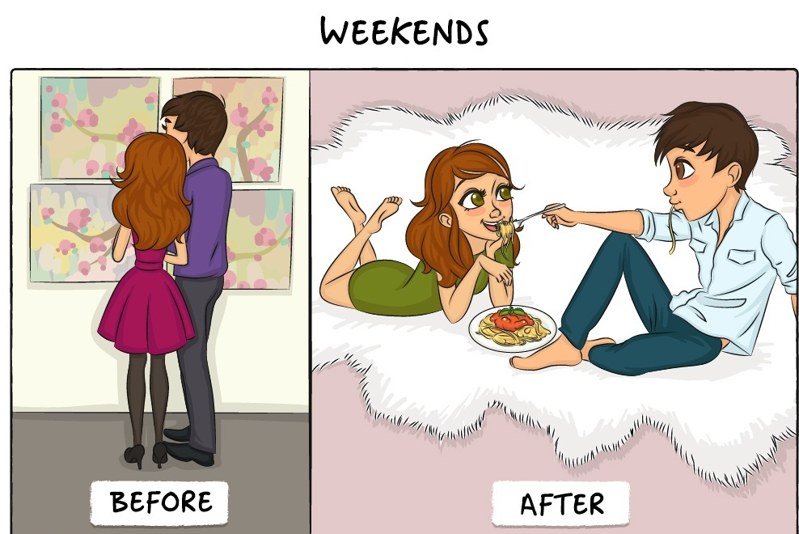 When you were dating, a weekend meant a day out at an art gallery or in the park followed by a romantic meal at a new exciting restaurant. However, once married, this generally happens infrequently, and you are more likely to have a takeaway in your pajamas with a DVD.

For many this is #relationshipgoals but it’s also important to still have date nights to keep your relationship fresh and exciting.

So whilst marriage can be challenging, it’s pretty awesome when it’s with the right person. By the way, how’s your life after marriage?

About the Author: Holly Walden

Holly is a yoga teacher and a professional writer who covers a broad scope of subjects. She has written on a range of topics including fashion, arts, travel, and lifestyle, as well as IT and business-related themes.