Any individual or organization that discourages or prohibits inquiry into nature, science, or the cosmos, should immediately cause red flags to rise, for the only reason for doing so is to subvert attention away from an opaque agenda.

If you become Nature’s lover, Nature will surely give up all of its secrets to you… A family is a metaphor for the fractal organization of the Universe. Your inbreath and outbreath mirror the toroidal energy field that embodies the paradoxical material/non-materiality of every “object.” Weather patterns are resonant energy patterns of polarity that affect the planet similarly to how your mood can change inexplicably as resonant energy patterns move around you…

Einstein, Tesla, Emerson, Thoreau, and DiVinci are just a few who have revealed that Nature was a gateway to greater understanding into the workings of the Universe. Many a writer has divulged that daily walks in Nature revealed great insights into human behavior as well. What happens when one spends time in contemplation under a canopy of conifers or in the stillness of pre-dawn hours? It can only be described as pure magic! 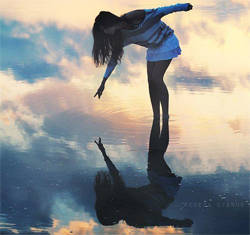 Peer into the water’s edge of a lake or stream and see your reflection. All of Nature acts as a reflecting device, illuminating the qualities of the totality of Creation in parts small enough for you to discern profound wisdom and truth when you inquire into the metaphor it represents. As Creation (God), holistically is conscious, so, too, are all of Creation’s “parts” sentient, as consciousness itself.

In truth, there is no separation or parts—there is either a larger or a smaller fractal of Creation, relatively speaking, nested within itself like Russian dolls. Because all of Creation is inter-dimensionally connected energy and consciousness, you have the ability to expand or contract your awareness at will, far beyond the confines of your body, utilizing a number of techniques such as silence, prayer, chanting, consciousness-altering chemicals, Nature, etc..

In a meeting with scientists, world-renowned astrophysicist, Dr. Stephen Hawking said the late Pope John Paul II once admonished them by saying, “It’s OK to study the universe and where it began. But we should not inquire into the beginning itself because that was the moment of creation and the work of God.”

So powerful is the connection to higher states of consciousness and the deeper truth of who you are, that Nature has been misunderstood, discouraged and even banned as a practice for seeking enlightenment. For historically, most of the time inquiry leads to discoveries that contradict established doctrine and dogma.

Demonizing the reverence of Nature stems from ignorance, such as institutions attempting to eliminate it from their organizations as a potential threat. Likewise, studying science and the cosmos is an extension of inquiring into Nature.

Any individual or organization that discourages or prohibits inquiry into nature, science, or the cosmos, should immediately cause red flags to rise, for the only reason for doing so is to subvert attention away from an opaque agenda.

So why is the investigation into natural phenomena still being discouraged in this day and age? Perhaps because in the past, veneration of Nature has been linked to Pantheism; the worship of Nature, through its parts, resulting in complex belief systems and a multitude of gods that had to be pleased and placated, rather than today’s singular “contemporary” God (one that still has to be pleased and placated according to some), what organized religion currently calls Paganism. 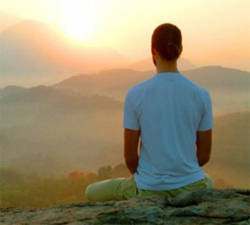 Let’s inquire more deeply by performing what Einstein called “thought experiments.” If you believe God is without limitation, then you would believe God is infinite. If God is infinite, then God is an infinite possibility. Taking it further, God is an infinite expression. As an infinite expression, God is everywhere. God being everywhere, God is everything. And this is the Divine Paradox: God is all that is seen and unseen, Creation Itself, as both form and formlessness.

Pantheism is a point of view created out of separation consciousness. What was and is still misunderstood, from indigenous cultures to modern man alike, is that Nature is not being seen in its entirety, as part of the whole of Creation/God. When Nature is viewed from Unity Consciousness, it is revealed that there is no separation from God, never was, and that we humans are also an expression of God, as a species in Nature, not separate from it.

This is the true symbolism of the rainbow; Creation expressed as a full living-color spectrum of levels of consciousness. Additionally, white is the inclusion of all color, while black, is the exclusion of all color—the Divine Paradox reemerging—Creation being both light and dark, born out of relativity.

A great man of enlightenment himself, the reasons behind the Pope’s rebuke can only be speculated upon as an act of self-preservation, a demonstration of his own humanity lost in the illusion of separation. For the first thing, Nature clearly does is negate the need for organized religion.

Nature, by self-definition, essentially means revelation. As you immerse yourself in the flora and fauna around you, becoming one with it, it is clear that your salvation was never in jeopardy, only your belief that it was was.

If every aspect of Creation is Self-Conscious, absolutely nothing is hidden. You are free to inquire into your nature, and in fact, are encouraged to do so. Notice the natural tendency of humans to be curious and to investigate life from a plethora of points of view, not just through scientific inquiry. To be in a state of awe and wonder of the world we live in and why we are here is Creation in awe and wonder of Itself!

If you haven’t yet experienced the magic mirror of Nature, one that extends into infinity, you are encouraged to begin by asking the basic open-ended question, “What is the deeper meaning of what I see before me?” Thus expressing your willingness to know and inviting it to be revealed to you. Be prepared for it to change everything in your life as everything taught to you by others will eventually come under scrutiny by proxy, and then be seen as a limited and outdated belief system.

Become lost in the vastness of who you truly are by immersing yourself in your Oneness with Nature. Whisper in Nature’s ear and Nature will whisper back to you. Nature/Creation has given you everything as a gift. You are that gift—the Gift of Life.

Author Bio: Christine Horner – Awakening the Miraculous in You… Author, publisher and humanitarian, Christine Horner, is dedicated to the advancement of human consciousness. Christine is the author of the ground-breaking WHAT IS GOD? ROLLING BACK THE VEIL, nominated for the 2014 Dayton Literary Peace Prize, merging science and spirituality. Upcoming book releases include “The Power of Unity Consciousness” and debut novel, “Meadowlark.” www.ChristineHorner.com