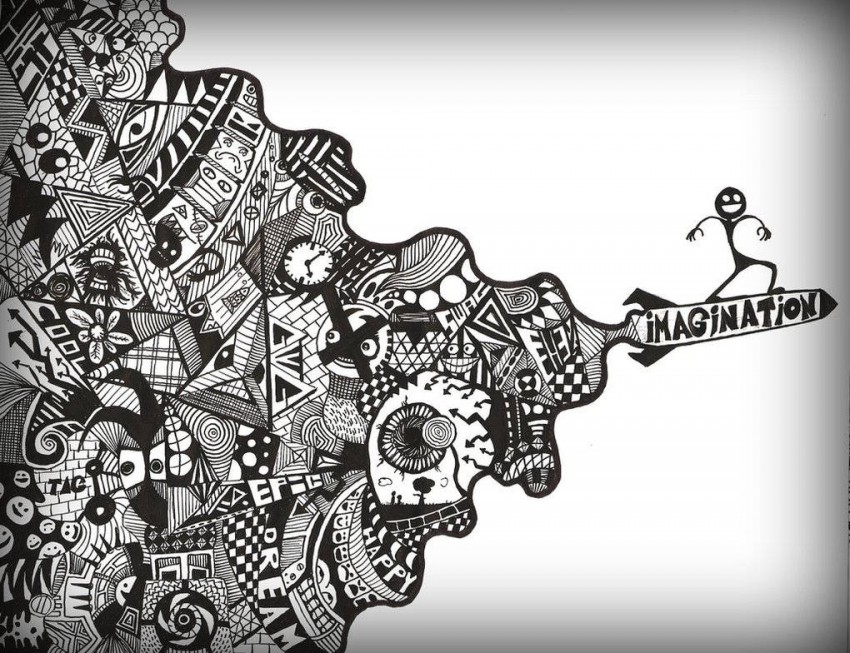 It’s amazing how our imagination has been minimalized into an idea implying almost random superficial options when it contains the secrets of the Universe.

What we appear to imagine is what makes our world the reality it is. It’s not “apart” from anything as they would have us to think.

That’s why it’s quenched and severely channeled into other influences’ conceptual constructs to suppress our own realizations that might contradict the social narrative, which they know it is, as long as they define it, and hence they utilize it accordingly.

Any quick perusal into the world of artistic creativity or sincere investigation into theoretical scientific breakthroughs will verify this fact. Yet for humanity as a whole? Imagination is confined to a separate state of almost childish un-reality, relegated to fables, cartoons or carefully scripted sci-fi scenarios.

Yet social engineers use this tool as if it were a defined reality.

The Power of Imagination

Our most profound example of imagination is the holographic world we live in. It was imagined, then scripted and engineered to be the way it is. All with humanity’s cooperation, until now. There’s no lack of knowledge of this fact on the part of the social architects. Created realities according to the whims of overpowering forces have been in place since the dawn of so-called “civilization”.

Why? Because it works as a containment system. Humanity will stream to an overarching, compelling meme when it’s given as the only “accepted” option, and they’ll do it time and time again until they wake up.

This is exactly why each of us, on an individual and eventually collective level, must tap into and trust this imaginative source of inspiration. It comes in many forms, and learning to listen to and yield to it is a life long process. It can be imagining a new life for yourself, a new world for all of us, a new invention that will help humanity, a new way of living in harmony instead of conflict, a whole new way of thinking…the list goes on.

Why They Try to Suppress It – But Can’t

When you catch on to the overall plan for control and domination by a controlling few it can be a bit daunting. But guaranteed, your heart, mind, and imagination are kicking in big time with ideas for solutions and personal and social remedies. It’s simple nature operating in the flux of conscious awareness. The realization that the flow of what you’re experiencing is contrary to those around you is actually a healthy response, as we live in a world of strangely manipulated inhabitants in varying stages of social hypnosis.

They know they can’t suppress conscious imagination, so they resort to co-opting it in directions that suit their purpose. Religion is a perfect example. You are hungry for spiritual fulfillment and lo and behold someone with “authority” espousing something similar to your personal revelations and desires appears – presto! “This must be the way!” This may be a bit linear in its reasoning but it’s nonetheless true – parasitic forces want to not only divert your imaginative creative spiritual force but utilize it in a nefarious way.

This might seem over the top to some but history in all its forms bears me out. The empowering aspect is how humanity keeps sprouting new buds and whole branches of alive, empowering alternatives to this engineered status quo. Many will never submit to this reality into which they’re being manipulated, and millions are already becoming aware of this fact or are in the process of waking up to it.

What we feel and know in our hearts and creative spirits and minds is as real as anything we’re able to see, feel or touch. When we act on our personal sense of “realization” it then becomes real, very real in this particular reality we’re each experiencing. Again, the scientific analogy or example is a good one; if you take even a cursory look at quantum physics or the discoveries of “great scientists”, they are based on imagined ideas. How they’ve since hijacked scientific thought into a separate reality is another story, but the outlet to discovery has clearly been affirmed in spite of the controllers.

Such are our lives. We are following, in most cases, predetermined courses for whatever reasons. When we take control of the helm, life changes rapidly, but it’s all based on our allowed informational input, and willingness to see “outside the configured imprint”.

Are we pre-programmed? Or will we let imagination lead us into the deep, pure waters of Truth?

*This article was originally published at zengardner.com

7 Sleeping Positions and What They Reveal about Your Personality