Every child has heard the healthy-eating mantra “You are what you eat.” But there may be a closer resemblance between good-for-you grub and your body than you thought.

Though these healthy foods are beneficial to the whole body, the list below is a fun reminder of what to eat to target specific areas. 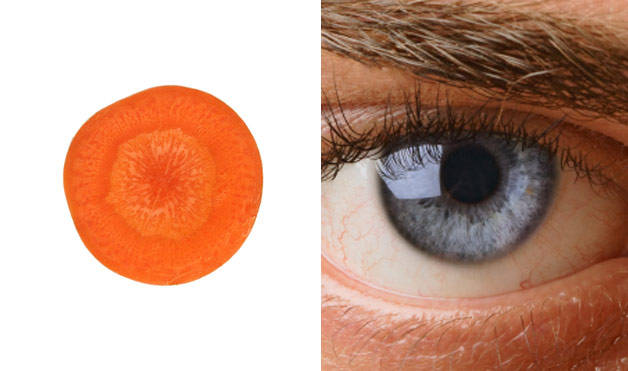 Slice a carrot in half crosswise and it’s easy to see that the veggie resembles an eye—look closely and you’ll even notice a pattern of radiating lines that mimic the pupil and iris.

And the old wives’ tale is true: Munching on carrots will actually promote healthy eyes.

“Carrots are filled with vitamins and antioxidants, like beta-carotene, that decrease the chance of macular degeneration, the leading cause of vision loss in older people,” says Sasson Moulavi, MD, medical director of Smart for Life Weight Management Centers in Boca Raton, Florida. 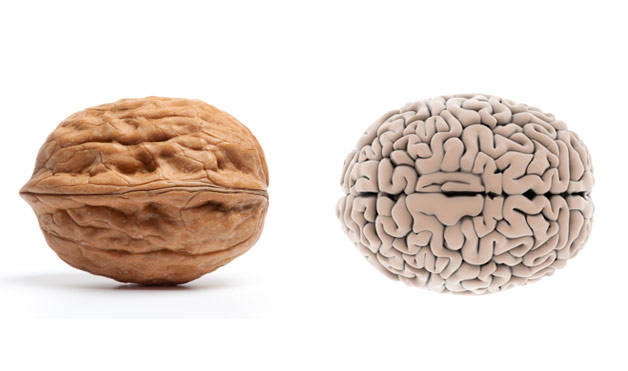 The folds and wrinkles of a walnut bring to mind another human organ: the brain. The shape of the nut even approximates the body part, looking like it has left and right hemispheres.

And it’s no surprise walnuts are nicknamed “brain food”—according to Lisa Avellino, the dietitian for Focus28 Diet, “they have a very high content of omega-3 fatty acids, which help support brain function.” Photos by iStockphoto 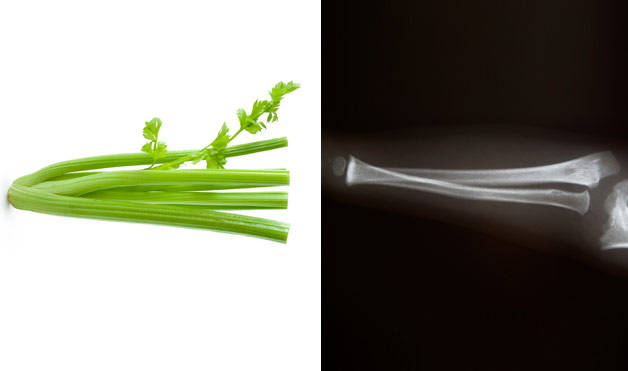 Long, lean stalks of celery look just like bones—and they’re good for them, too. “Celery is a great source of silicon, which is part of the molecular structure that gives bones their strength,” says Dr. Moulavi. Another funny bone coincidence: “Bones are 23 percent sodium, and so is celery,” reports Avellino. 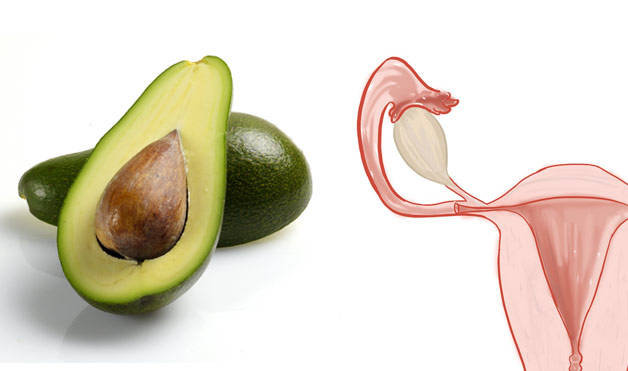 The lightbulb shape of an avocado looks like a uterus, and it supports reproductive health as well. “Avocados are a good source of folic acid,” says Elizabeth Somer, registered dietician, and author of Eat Your Way to Happiness.

“Folate has been found to reduce the risk for cervical dysplasia, which is a precancerous condition.” 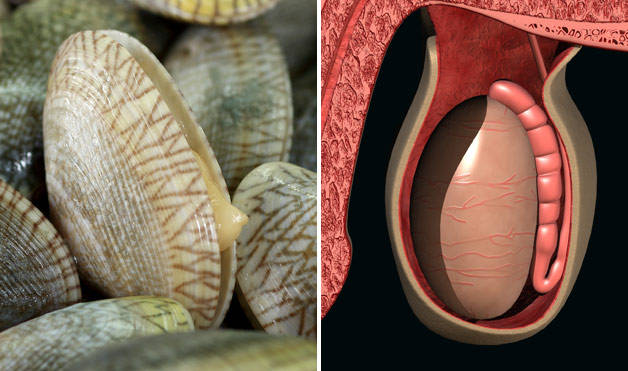 Studies have offered evidence that clams, which bear a resemblance to testicles, are actually good for the male sex organs.

“Research from the Netherlands has suggested that supplementing your diet with folic acid and zinc—both of which clams are high in––can have a significant effect on improving semen quality in men,” says Dr. Moulavi. 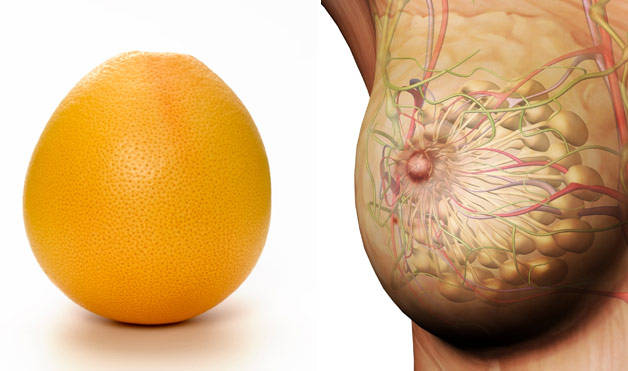 The similarity between round citrus fruits––like lemons and grapefruit––and breasts may be more than coincidental. “Grapefruit contains substances called limonoids, which have been shown to inhibit the development of cancer in lab animals and in human breast cells,” says Dr. Moulavi. 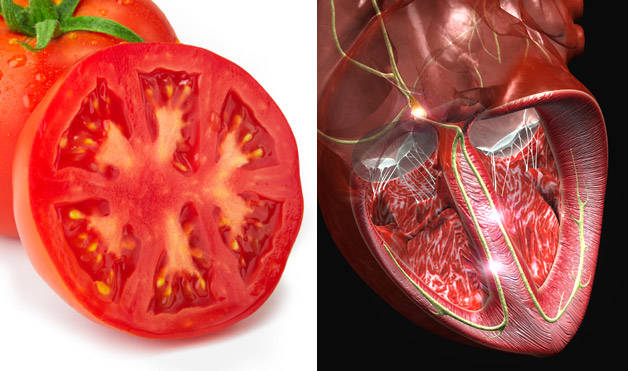 Slice open a tomato and you’ll notice the red veggie has multiple chambers that resemble the structure of a heart. “Studies have found that because of the lycopene in tomatoes, there is a reduced risk for heart disease in men and women who eat them,” says Somer.

And, she adds, if you mix them with a little fat, like olive oil or avocado, it will boost your body’s lycopene absorption nearly tenfold. 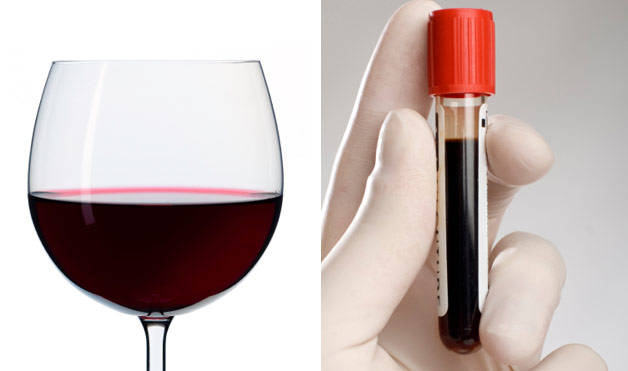 Red wine, which is rich in antioxidants and polyphenols, including powerful resveratrol, looks like blood. “When you drink it, you’re really loading up on the healthy stuff that protects against destructive things in the blood, like LDL cholesterol, which can cause heart disease,” says Somer.

“There’s also a blood-thinning compound in red wine, so it reduces blood clots, which are associated with stroke and heart disease.” 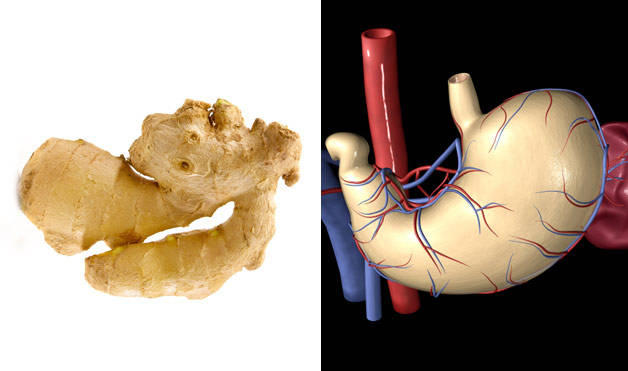 Anyone who’s ever reached for a glass of ginger ale when they’ve had a stomachache knows about the anti-nausea effects of ginger.

So it’s fitting that the herb somewhat resembles the digestive organ. According to Dr. Moulavi, “gingerol, which is the ingredient responsible for ginger’s pungent scent and taste, is listed in the USDA database of phytochemicals as having the ability to prevent nausea and vomiting.” 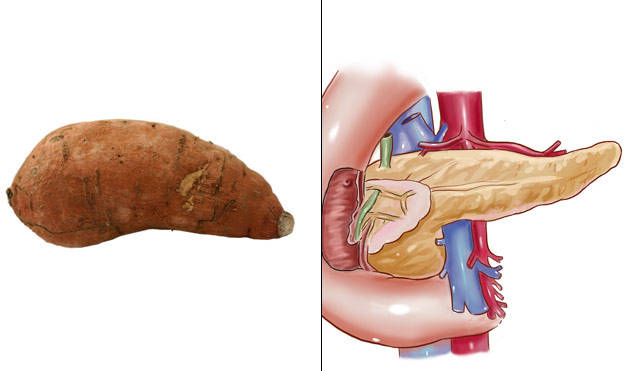 The oblong sweet potato bears a strong resemblance to the pancreas, and also promotes healthy function in the organ. “Sweet potatoes are high in beta-carotene, which is a potent antioxidant that protects all tissues of the body, including the pancreas, from damage associated with cancer or aging,” says Somer.

Like Frappuccino? After Reading This, You Will Probably Never Drink It Again

5 Menopause Symptoms and 5 Natural Ways to Relieve Them