Residents of This Small Canadian Island Live Completely Off the Grid!

I’m sure many of you dream of moving from the noisy, polluted and densely populated city to a quieter place. What if you could also drop off the grid and use exclusively renewable energy?

The island located only about 50 miles (150 km) away from Vancouver has nearly the same size as Manhattan and can be reached by ferry that comes 2-3 times a day depending on the weather conditions.

The inhabitants live off the grid as the island is not connected to the province’s electric network and is powered only by renewable resources – solar, wind and hydro energy. In fact, some residents run their houses without electricity at all.

Most homes in Lasqueti are quite simple, but there are also some luxurious ones, for example, the Earthship. It is built out of natural and recycled materials, such as old tires that were used to make the walls. With the power coming from renewable energy, the house even has some modern appliances such as flat-screen TVs.

With this self-sufficient off the grid life, it is quite logical that the residents of Lasqueti live without money, as they grow their own food and exchange with each other.

There is also a free store, a kind of recycling center actually, where clothes, home appliances, and books can be left and picked up by other people free of charge. There is also an elementary school and even a restaurant, which is also a bakery and general store. 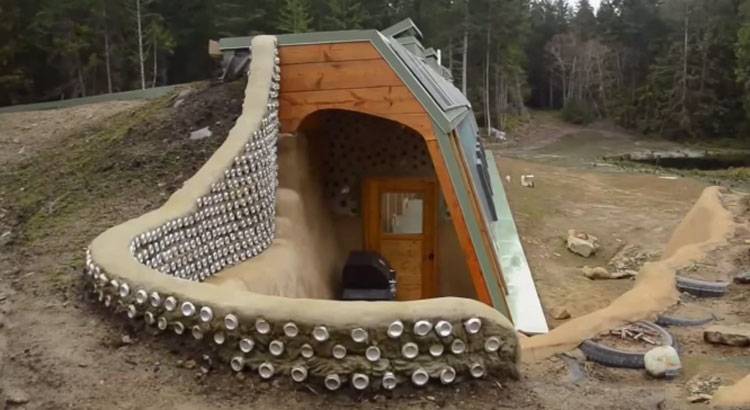 However, despite the fact that such way of life can seem quite inspiring (especially to fans of nature and green living), it also requires hard physical work as there are no services we all are used to, such as garbage pickup or a sewage system.

“Nobody can work a five-day week away from home because it takes three days work just to survive—to cut firewood, to maintain power, water and waste systems, to work in your garden to produce your food.”

At the same time, the level of education in Lasqueti is really high – according to Canadian census data, it is the most highly educated community in all of British Columbia!

Thus, the island attracts individuals of different professions and backgrounds but with a common passion for nature and freedom. The community’s website says Lasqueti is

Check out this video in which a Lasqueti woman describes the advantages and the disadvantages of the off-grid island life. This way you can decide for yourself if this lifestyle would suit you or not.