7 Ghost Towns in the USA Every Mystery Lover Must Visit

A one-horse town in the middle of the blazing sun with tumbleweeds blowing through it. Ghost towns in the USA conjure up the imagination with thoughts of people in a different time, their ability to prosper and survive, and their inevitable abandoning of their town. There’s something about a town that was hastily abandoned that strikes our curiosity and interest.

Ghost towns in the USA are a trip back in time to a different era and a previous way of life.

Why do these places appeal to us so much? If you’re a mystery lover, you can’t help but get caught up in the past and ghost towns allow us to get a small sense of a whole other world.

The Appeal of Ghost Towns in the USA

One of my favorite trips I’ve done was just this past year. I’ve been to California many times but had never ventured out to see any of the ghost towns (as fascinating as I have been by them). This time I made the trip to the Calico ghost town in Yermo, California, part of San Bernardino County.

This is a ghost town that is more preserved than others as it went through some restoration in the 1950s. Despite this, a lot of the main features of the town remain in place and I was mind boggled to feel like I’d traveled back in time to this remote settlement.

Calico was like many of the others, they were part of the big gold rush of the mid-1800s but they had eventually diverted resources into gaining silver. The day I went out it was nearly 110 degrees Fahrenheit and I could not fathom how people lived in work in what is pretty much a desert in the middle of nowhere.

If you’ve seen Back to the Future part 3, and are familiar with Hill Valley from 1885, you can picture exactly what this ghost town was like. It was an amazing experience that got me thinking more about other ghost towns. 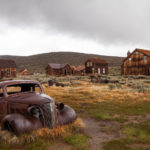 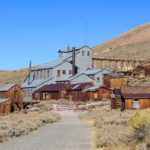 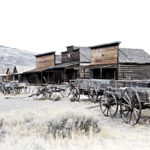 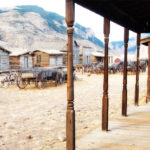 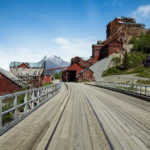 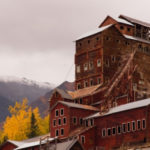 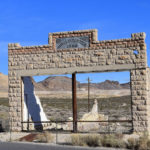 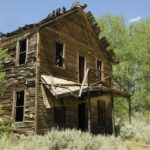 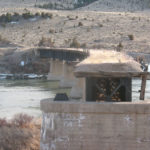 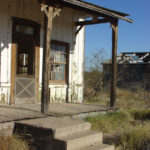 Here now are seven ghost towns in the USA every mystery lover must visit.

The mining dried up fast and that, along with the brutal climate, made residents flee pretty quickly. It’s been sitting abandoned since the 1940s and has 100 building still intact including a still stocked general store.

They named this ghost town after William “Buffalo Bill” Cody and is part of the collection of frontier towns in the western United States. There are still people that live in this town but the ghost town aspect to it refers to the “old trail town” where Buffalo Bill had staked his claim. This town also contains other structures brought in from all over the west.

Alaska is already remote as it is but having a ghost town in it takes it to another level. It’s amazing that people could originally settle and survive in such a remote, and often inhospitable, location. Kennecott is an old mining camp and is in an area that once contained the richest source of copper in the world.

This town was full on until the 1930s until much of the iron ore had been depleted and was shut down in 1938. That same year, they declared Kennecott a Natural Historic Landmark.

This is a ghost town as ghost towns get. If you’ve ever been to Nevada, you know it’s can be one of the hottest places you’ll ever visit; and that’s just walking in between casinos. Rhyolite sits on the edge of Death Valley, 120 miles north of Las Vegas.

There is not a lot left there with only a few structures still remaining but it’s incredible to think people could manage in conditions like that.

Not all the gold rush happened in California. Montana was still a part of this boom and Virginia City, near Yellowstone National Park,  was rich with gold. This town was developed quickly in 1863 – as many of them were – but the gold ran out within a few years.

Most of the miners left, but some stayed around as they could still live off the gold they had. No further building or development took place however so the town today still looks like it did back then. This is another one of the ghost towns in the USA that’s a National Historic Landmark.

There are A LOT of abandoned towns in Texas and Orla is different as it was not a mining town. It served as a section house for the Pecos River Railroad which is where railroad workers would be housed. Orla goes back to 1890 and the buildings are long abandoned making it a pretty creepy and mysterious ghost town.

Here is a ghost town that has nothing to do with gold or the west but is left over from the Civil War era. Cahaba was at one point the first state capital of Alabama but was in an area that experienced much flooding. In 1826 it became a distribution site for cotton along with prison for Union soldiers.

When the Civil War ended it was becoming abandoned and became a popular community for freed slaves. By the early 20th century they abandoned Cahaba, and it now exists as a historic and archaeological site.

Final Thoughts on Ghost Towns in the USA

After seeing the Calico ghost town I’m now hooked on these places and want to see as many as I can. If you are a lover of mystery, these will definitely appeal to you. This list contains a good sampling spread around different locations in the United States that all have their own unique identity.

Ghost towns are an amazing way to feel transported back in time and to place yourself in another era. 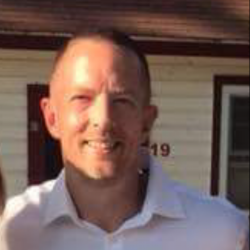 Jamie Logie, B.Sc.
Staff writer at Life Advancer
Jamie Logie is a certified personal trainer, nutritionist, and health & wellness specialist. He holds a bachelor of science (B.Sc.) degree in Kinesiology from the University of Western Ontario. He also has a counseling diploma from Heritage Baptist College along with multiple personal training and strength training specialist certifications.