Fluoridating Water is one of the most controversial topics today.

The people who are advocates for water fluoridation claim that adding this substance to the public water is beneficial to the community’s dental health because it hardens the enamel on teeth protecting it from acid and bacteria, making it easier for people to brush away oral bacteria and prevent tooth decay.

In fact, it’s 100 times thinner than it was previously believed, and that it’s actually 6 nanometers thick. An everyday activity like chewing food is enough to disintegrate this layer created by fluoride.

Other evidence suggests that countries with and without public fluoridated water, all have declining rates of tooth decay, so is medicating the public really worth it?

There is further evidence suggesting that fluoridating water is more harmful to human health than it is beneficial. Scientists and many health care professionals are calling for more research to be conducted on the matter and for the public to inform themselves.

Fluoride activists always claim that the public has seen a huge decline in tooth decay since the 1950s. (Recently many counties in the US have called for public water fluoridation hoping to better the oral health of low-income families in the areas.) What many don’t realize is that this is an empty claim.

A quick search on the WHO website shows that countries that do and that do not fluoridate their water have both seen a decline in tooth decay in minors.

The U.S. fluoridates two-thirds of their public water and it still has higher rates of tooth decay than countries that do not fluoridate their water (like Belgium, Denmark, Sweden for an example). 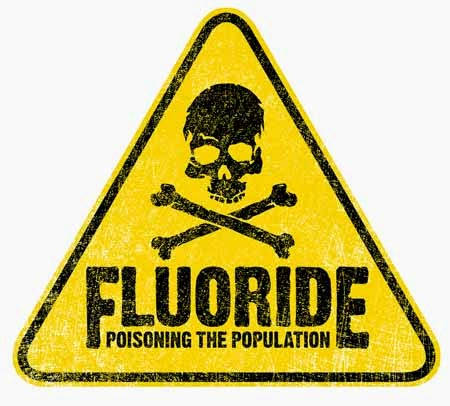 To date, there have been more than 23 studies on humans, and over 100 studies on animals linking the consumption of fluoride to brain damage.

Research shows that some negative effects on the brain and body are linked to fluoride consumption. For instance, damage to the hippocampus weakened antioxidant defense systems, suppressed immune system, GI disorders: damaged/lower levels of collagen, causes skin rashes, effects movement of white blood cells (up to 60-70%, decreasing the ability for the WBC to reach their target), damage to Purkinje cells, shown to trigger osteoporosis/bone cancer and also consuming fluoride results in a damaged (heavily calcified/blocked) pineal gland.

The pineal gland is a small organ in the brain located in the center of the brain which looks like a miniature pine cone. The third eye and pineal gland have been referenced (as a pine cone) in many ancient artwork and cultures, Egyptian eye of Horus, pine cone on top of Buddhas head, pine cone on the popes staff, pine cone in sculpture form at the Vatican, and with many others.

When children consume fluoride, 50% of it is delivered to the bones, causing weaker bones. Also, slightly over 40% of fluorosis in American children is caused by excess fluoride.

Fluoride is listed as “toxic waste” but regardless of this, it’s still added into the public water, which both children and adults consume in amounts not administered in measured dosages.

If you look at the back of your regular ol’ fluoridated toothpaste, the warning label very clearly states, (along with the lines of) “if swallowed, please contact the poison control immediately,” even if the amount is pea-sized.

In the United States, the public is told that there is literally nothing to worry about and that water with added fluoride is safe and beneficial to our oral health. However, over 90 percent of European countries think the opposite, having banned the chemical and written it off as “unsafe” and “dangerous”.

There have been no reports of any rises in dental health problems in countries that do not fluoridate their water. What raises a few more red flags is that not only have many countries banned public water fluoridation, pointing out that fluoride is useless to oral health, and it is more damaging to overall bodily health.

The first time in history when fluoride was added in water was during Hitler’s rein and it was used to dumb down prisoners and weaken their will to resist. Towards the end of his career American biochemist, Dr. Dean Burk did an interview on public television in Europe stating that “public water fluoridation is public murder.”

”fluoride seems to fit in with lead, mercury, and other poisons that cause chemical brain drain. The effect of each toxicant may seem small, but the combined damage on a population scale can be serious, especially because the brain power of the next generation is crucial to all of us.”

Many people are calling for more studies to be done on what impact fluoride has on the human brain, (especially on the developing brain) and the overall bodily health.

There has also been a rise in awareness as over 100,000 US health care officials and researchers have signed a petition for more awareness and studies to be conducted on the matter. In conclusion, isn’t brain development and overall health more important than a pretty smile?

Also shouldn’t the public have the right to chose whether to be medicated or not? Shouldn’t we have the option to opt-out of water fluoridation, choosing for ourselves what is in the best interest of our health?

Author Bio: Geweckt Indigo is a freelance writer, writing only in her free time about real-life issues and things relating to human consciousness and spirituality.

Breastfeeding Diet: What to Eat and What to Avoid