This the season to be jolly, the season of mind-numbingly fattening dinners, and sometimes – of dodging mental bullets from nosy relatives.

It is also the season when all TV channels present us with a barrage of feel-good movies that are supposed to inspire us, reveal the meaning of goodness and yuletide virtue in our hearts, and, ultimately, make us better people.

I never understood those movies. For me, a movie that can change you is a movie that speaks only to you, and ruins you a little at first, before it shapes you into a better version of yourself.

And since it is also the season of indulgence, I decided to indulge a little in a select few movies that helped very young me get into the prepubescent mold that would produce a semi-decent adult.

The list might seem too pop-movie to some, and meaningless to others. But, lovely though the deeper philosophical cinematic pieces of art might be, I’d like to appeal to the child that we all hide, and that Christmas brings forward. 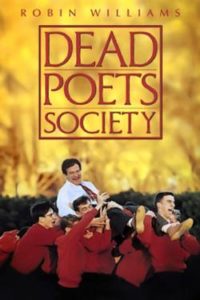 I watched this film as part of an assignment for English class. At that age, I did not understand much of the deeper themes, such as coming of age, the discovery of identity, the clash with parental, as well as general authority, and most importantly, the importance of not dumbing oneself down in order to cater to political ends.

I don’t remember much of the first impression that film left me with; all that I remember is that after it was done, little 11 years old me was staring at the screen and thinking that something bigger is out there and that it can be achieved by doing.

Doing as many things, and as daring things as I could.

This is definitely not a feel-good, or, at first glance, not even a hopeful film. It shatters you. I remember shaking with sobs, I remember thinking “why is the world so horrible”. But then I watched it again after a few years, and I understood. I learned that it is important to love, for that is the only way to break through the multitude of violent, hateful cycles our lives are encased in. Learning how important it is to love certainly makes one a better person, in the writer’s humble opinion. 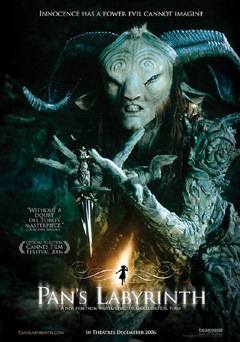 I generally don’t pay much mind to Guillermo Del Torro’s films, simply out of personal preference. But this one is – once more, in my entirely subjective opinion – his best, his most innocent, and his most poignant movie.

Leaving aside the military and political backdrop of the movie, it carries you away with its magic, and the protagonist’s unwavering faith in the reality that plays out in front of her.

As the audience, it is somewhat difficult even for us to discern the fantasy from the truth. What spoke to me was that faith, and the result of staying true to the magic our childlike selves hide.

The film’s core is innocence; and that innocence is what we must preserve for our own sakes, in a world so easily worn down and corrupted.

The superb voice acting of Phillip Seymour Hoffman just adds to the beautiful animation and story in this most unconventional animated film… for adults. This is a film about life.

All that it can bring with it, including shitty parents, issues with oneself, broken marriages, social rejection, mental issues, suicide, but most of all, the relationships we form with others and the strength of those bonds.

It is a testament to friendship, and to how it is blind to social norms and conventions, like most worthwhile things. Sometimes, the people we keep close are what make us better.

5. The Hunchback of Notre Dame 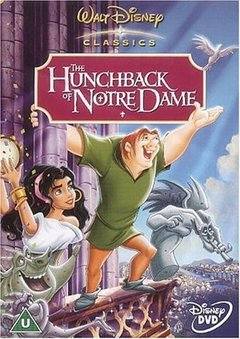 By far the most deceiving thing on this list. For any reader who scoffed upon seeing the title, you are greatly mistaken. This may be a Disney film, but remember that it was based on a Victor Hugo novel.

It’s about being accepted by others and by oneself. What that film teaches us is not just to look past appearances, but to be human and kind to each other. It might sound simple, but so many fail at practicing this, and so many could benefit from it.

The holiday season is a time of magic, childlike wonder, and faith. It is our own choice and responsibility on what to believe in, and whether we let that faith dwindle.

And sometimes, faith, magic, wonder – they hide in the smallest and most secret nooks of our memories. Things that we never paid much attention to, or that take on new meaning as we look through the filter of experience and world-knowledge.

Positive Attitude Quotes to Start Your Day with