Alexandr and Mariya Dmitriev from Penza, Russia, have an unusual pet. It’s a cougar that has become an Internet celebrity known as Messi the Puma. Having a puma as a housecat looks somehow pretentious, doesn’t it?

This is what I thought too at first. But after reading the whole story about Messi the Puma, I changed my mind.

The Touching Story of Messi the Puma

Messi was born at the zoo in the Russian city of Saransk along with two other cougar cubs (that were also named after soccer players due to the games that were to be held in the city as a part of the 2018 World Cup). At the age of three months old, he was sold to the Penza petting zoo. 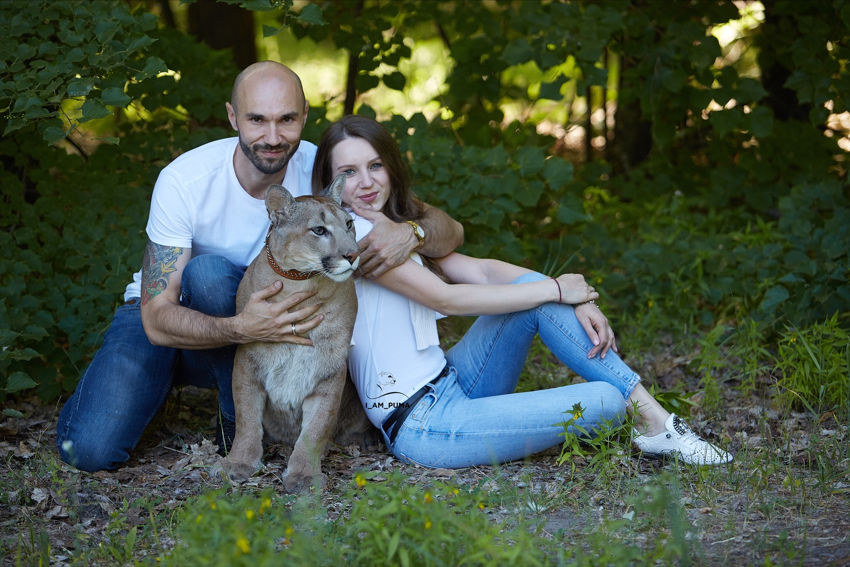 Messi was born at the zoo in the Russian city of Saransk along with two other cougar cubs (that were also named after soccer players due to the games that were to be held in the city as a part of the 2018 World Cup). At the age of three months old, he was sold to the Penza petting zoo.

Out of the three cougar cubs, Messi had the weakest health, and it was unsure whether he would be able to survive. Pumas are not native to Russia, so releasing him into the wild was out of the question. Due to his health problems, he wouldn’t be accepted to another zoo either. At the age of eight months old, he was planned to be euthanized. 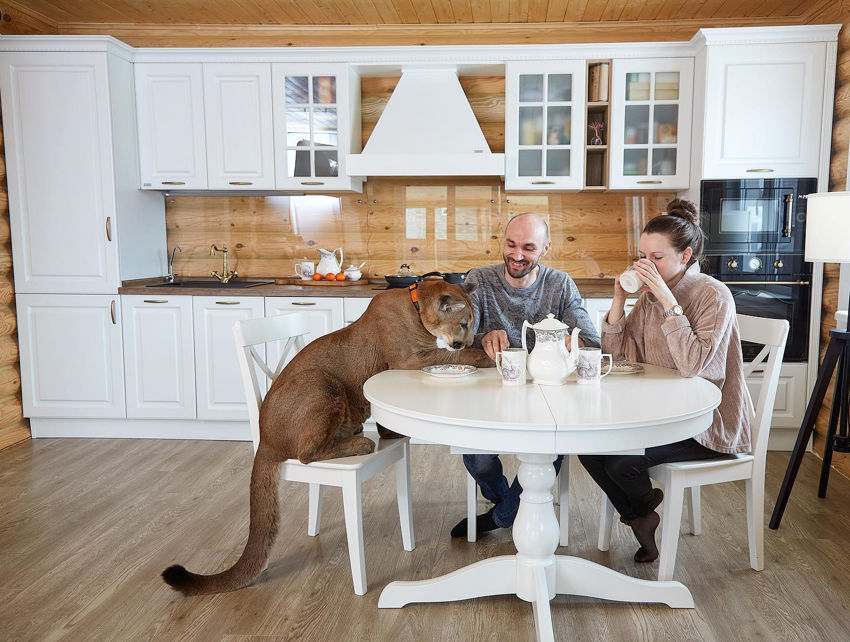 This is when Alexandr and Mariya saw him at the zoo. They say that it was like ‘love at first sight’. The couple immediately decided to adopt the puma despite the fact that they already had a pet – a sphynx cat named Kira. However, even though the couple lives in a regular one-bedroom apartment, Alexandr always dreamed about having a big cat as a pet and was considering adopting a lynx.

In the beginning, Messi was very weak, but Alexandr and Mariya gave him the necessary care. With time and patience, the puma was able to overcome his health troubles. It was not an easy task: there were no vets in Penza who would know how to treat a wild cat. Finding the necessary meds was a challenge too. 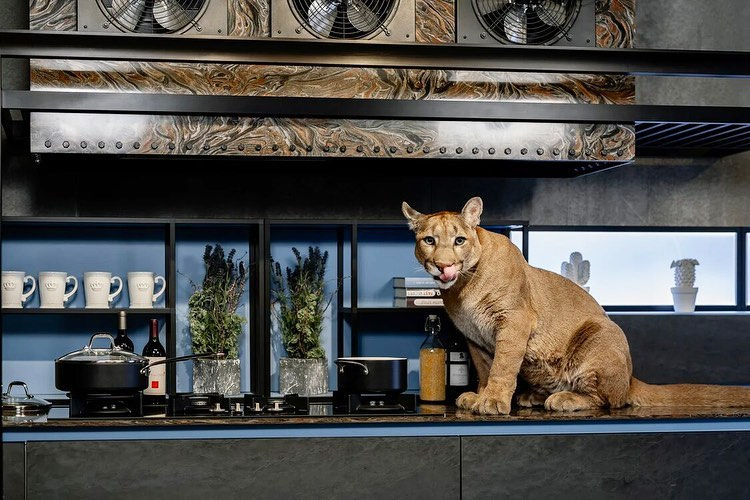 But despite all the difficulties, Messi is perfectly healthy now. Still, he only weighs around 90 pounds and is two-thirds smaller than a regular puma.

Messi the Puma’s Life in the Russian Family

The couple says that Messi acts both as a cat and as a dog. They take him for a walk twice a day, just like dog owners do, and attend a dog training school, where he learned around 10 commands.

The Dmitrievs also created a special play zone at home so that Messi can stay active. At the same time, Messi has all the habits that are common in cats, such as climbing on windows and into boxes, playing with toys and balls, and scratching his post to trim his nails. Though Messi is a wild cat, the couple says that he has a gentle personality and has never shown any signs of aggression towards humans.

Alexandr and Mariya spend about $300-600 per month on Messi’s food as they feed him with raw meat. They say that they had to alter their lifestyle according to their pet’s needs. For example, they can’t go on vacation wherever they want. After all, it’s a challenging task to find a hotel that would accept a puma as a guest…

Reuters reports that the Dmitrievs have received a lot of criticisms from animal rights activists who claim that a one-bedroom apartment is not the right environment for a puma. However, the couple believes that Messi the puma would have no chance to survive in the wild as he was born and raised at the zoo.

What do you think? Isn’t Messi the puma better off with Alexandr and Mariya who gave him a warm home, a loving family, and all the necessary care? We would love to hear your thoughts.

Heart Vs. Brain: Funny Comic Depicts the Never-Ending Battle Between Our Emotions and Logic