Meet Lily, the newest tech gadget to combine two rising trends and bring them together in a revolutionary new creation.

It’s not a bird. It’s not a plane. It is a camera drone. Lily can fly, follow the user around, and record them. Its difference from most camera drone gadgets is that it doesn’t require manual control from the user, but relies on computer vision technology and GPS to recognize and track the user.

Antoine got the idea for creating something that would later on become Lily when, looking over pictures from a family vacation, he noted his disappointment that his mother, who was taking the pictures, was the one missing from them too. Later on, he collaborated with Henry Bradlow, and they co-founded Lily, their robotics company, based in California.

The name-sharing camera drone is the company’s first finished product to hit the market.

Lily weighs approximately 3 pounds. Her lithium battery allows for 20 minutes of flight and recording and can be fully recharged in two hours. The camera can fly with a speed of 25 miles per hour. There are failsafe programs to calibrate its maximum distance and height from the user, as well as cases of an emergency landing in case the battery goes dangerously low.

According to the website’s tech specs section, Lily is made of black polycarbonate and brushed aluminum has approximately 4GBs of memory space, and is waterproof.

Some of the camera’s parts, including the GPS, the accelerometer, and the three-axis gyro can be very high end for the device of a new startup company, but they’re just components of the thing that make Lily a true innovation.

As we briefly mentioned, Lily’s true strength lies in the autonomy that the technology used for its creation grants it.

The user is not required to use a controller to manually use Lily; it’s all done via a wrist tracking device (also waterproof and uses a lithium-ion battery with a four-hour lifespan) that the user is required to wear. Lily is connected to the tracker via Wi-Fi, whilst the GPS installed in it ensures that the camera always follows and records the user according to their exact location.

What is more, the facial recognition built in the camera guarantees that the user is always the focus of the pictures or videos recorded, unless specified otherwise. 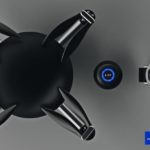 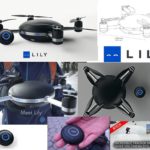 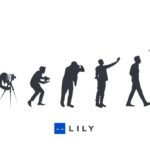 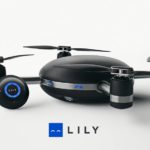 Lily will be available to the public somewhere around February of 2016, but interested consumers can pre-order it at the company’s website. Understandably, it doesn’t come too cheap, but pre-ordering does come with a slight discount. The final price is somewhere around 500-600 USD.

Shipping is international, but of course, that comes with additional costs. Despite all the possibilities that Lily offers for personal use and recording private moments and memories with loved ones, a camera such as that might prove useful for many more purposes.

Nevertheless, every new technological advancement is yet another step towards how far ideas can go. Good luck and welcome, Lily!