Are you a diabetic or want to lose weight? Natural sugar from the tequila plant, called Agavin, might help you.

According to a new research presented at the American Chemical Society’s national meeting, a sugar from the tequila plant might actually help diabetics.

How is this even possible, you may rightfully ask. Well, the sweetener in question comes from the agave plant (the same plant that is used to make tequila). It is called agavin. Agavins are natural sugars and are non-digestible.

They may behave as a dietary fiber in the gastrointestinal tract. Unlike sucrose, glucose, and fructose, agavins aren’t absorbed by the body, so they can’t elevate blood glucose, according to research by Mercedes G. López, a researcher at the Centro de Investigación y de Estudios Avanzados, Biotechnology, and Biochemistry Irapuato, in Guanajuato, Mexico.

However, agavins still allow the person who ingests them to experience a sweet taste. Sounds fantastic, doesn’t it?

The scientists examined the effects of agavins on laboratory mice, where one group of mice were fed a standard diet, but the others were given a usual diet as well as water supplemented with either glucose, fructose, agavins, sucrose, agave syrup or aspartame.

They weighed the mice every day and had their glucose levels checked each week. At the end of the study, the mice that consumed agavins showed reductions in their blood glucose, appetite and weight, compared to the rest that was given other types of sweetener.

The study’s author says that agavins are both inexpensive and have no known side effects. By boosting the level of a peptide called GLP-1 (a hormone that slows the stomach from emptying – short for glucagon-like peptide-1), which triggers the body’s production of insulin, agavins aid the body’s natural blood sugar control.

Besides, due to the fact that agavins are a type of fiber, they can make people feel fuller and their reduce appetite, according to López’s research.

This tequila plant sweetener, which lowers blood sugar levels rather than raising them, gives an impression of a phenomenal discovery. No doubt, the potential for a sugar substitute that makes the lives of people with diabetes so much sweeter and helps lose weight any of those who are on a diet as well would become the best seller!

Ok, but what about agave nectar, which is actually a no-no for diabetics? We must not get confused here. It’s important to remember that agavins are not agave nectar/agave syrup.  They are a completely different thing.

Agave nectar or agave syrup is also a product of the agave plant (yes, the same one that ultimately produces tequila), but it has a low glycemic number, which means the body absorbs it slowly.

However, it comes with 20 calories per teaspoon! Agave syrup contains fructans, which have been broken down into individual fructose monosaccharides, so they are more like high-fructose corn syrup. Agavins, on the other hand, exists as a polymer and, as has already been mentioned, are non-digestible.

There is still a lot of careful research that has to be done on tequila plant before the scientists can be 100% sure of the accuracy of their study as so far the properties of agavins have only been tested on mice.

However, it all sounds extremely exciting and rather promising. Let’s keep our fingers crossed that the final results are in our favor! 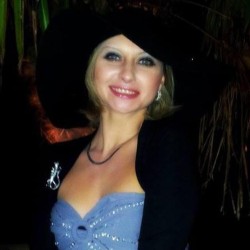