It was a normal day in 1991 when a local farmer in the Bo Trach district of the Quang Binh province in Vietnam heard a strange sound near where he was walking.

It sounded like a flowing stream and whistling wind. It was hard to figure out where the sound came from, and even more astoundingly, it seemed, after some inspection, to be coming from an opening in the ground.

It turned out to be the largest cave in the world, with a history of two and a half million years. It is thought that the cave was created by river water eating away at limestone underneath the mountain where it is located, creating skylights where the limestone collapsed.

In 2009, the cave became internationally known, after being explored by British scientists. Their findings revealed one of nature’s most grandiose creations; the cave is considered to be 87 miles long, containing some of the tallest known stalagmites in the world, which are up to 70 m tall.

Behind the Great Wall of Vietnam were found cave pearls the size of baseballs, an abnormally large size. Inside a cave a whole ecosystem is flourishing; jungle, animal life, and a large, flowing river (which caused the sound of flowing water that the farmer heard).

Unlike many caves that contain primitive statues, carvings or drawings, indicating having been inhabited by humans in the earliest days of the species, the Son Doong cave contains nothing of such, making it relatively safe to assume that until its discovery it was truly untouched by humankind.

The first tour of the cave by tourists was carried out in 2013, with more tours being organized. They are, however, very expensive and lengthy. It is estimated that a tour of the cave lasts almost 7 days and is priced somewhere around 2300$.

Tour participants are also allowed to camp inside the cave as long as the tour lasts, thus gaining a once-in-a-lifetime experience.

We can hope that more phenomenal natural places exist in the world, yet undiscovered, and that humanity will treat them with respect and provide protection from pollution, exploitation, and an overflow of tourists, a fate that has sadly befallen many natural beauties in the past.

Here are few images from the Son Doong cave: 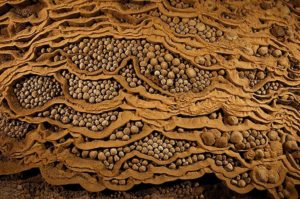 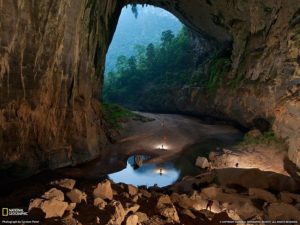 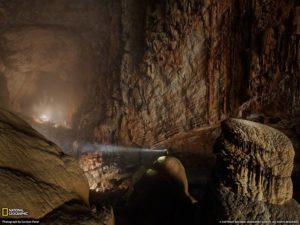 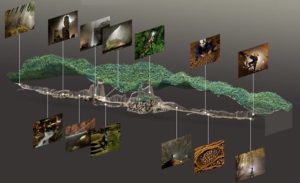 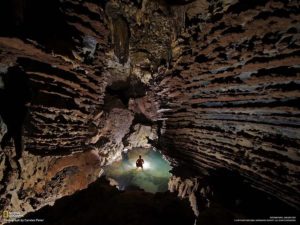 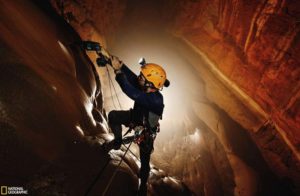 National Geographic presents The World’s Biggest Cave, a TV special that gives us a close-up look at Son Doong, a huge recently-discovered underground labyrinth in Vietnam.

It's so big that it has its own jungle, its own river and its own clouds.