Animals are amazing creatures that, unlike humans, are not familiar with such things as hatred, prejudice, and social stereotypes. Even despite the natural order of things, some seemingly incompatible animal species can perfectly get along if they grow together from an early age.

I’m sure you have heard about cats and dogs growing up together like the best friends, even though these two species have traditionally been considered natural enemies. But have you ever heard about ferrets raising a kitten?

‘If having a soul means being able to feel love and loyalty and gratitude, then animals are better off than a lot of humans.’

The touching story about a rescued stray kitten named Komari went viral all over the Internet when some photos of her were shared on twitter.

The five-month-old stray kitten was starving and sick when she was found by a family in Japan. Fortunately, these kind people decided to take care of the abandoned animal and brought her to live in their house, where they already had five male ferrets as pets.

Normally, a cat would view a ferret as prey due to its predatory instincts, but not in this case. When Komari was introduced to her new family, the ferrets immediately accepted her and started playing and cuddling with her. Moreover, after some time, the kitten began to act like a ferret too! Now she sleeps, eats and plays just like her ferret brothers and seems to have a great time with her new family.

It seems that sometimes, nature finds quite cute ways to adapt to new surroundings and even completely different animals can become friends and show affection to each other.

This is Komari when she was found and rescued 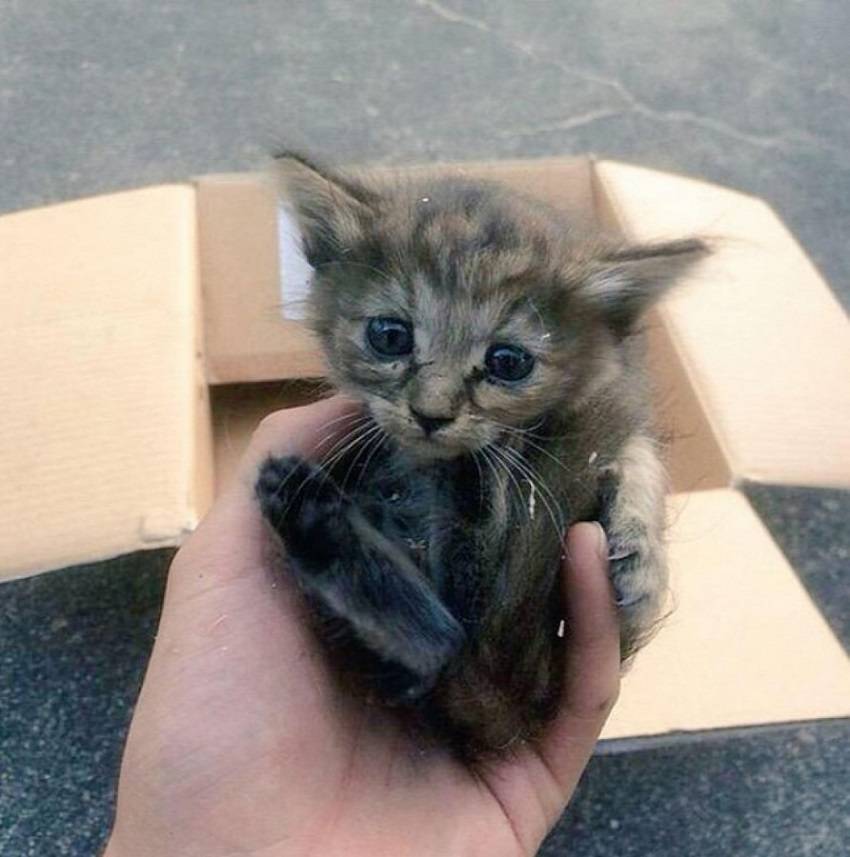 Komari welcomed by her new family 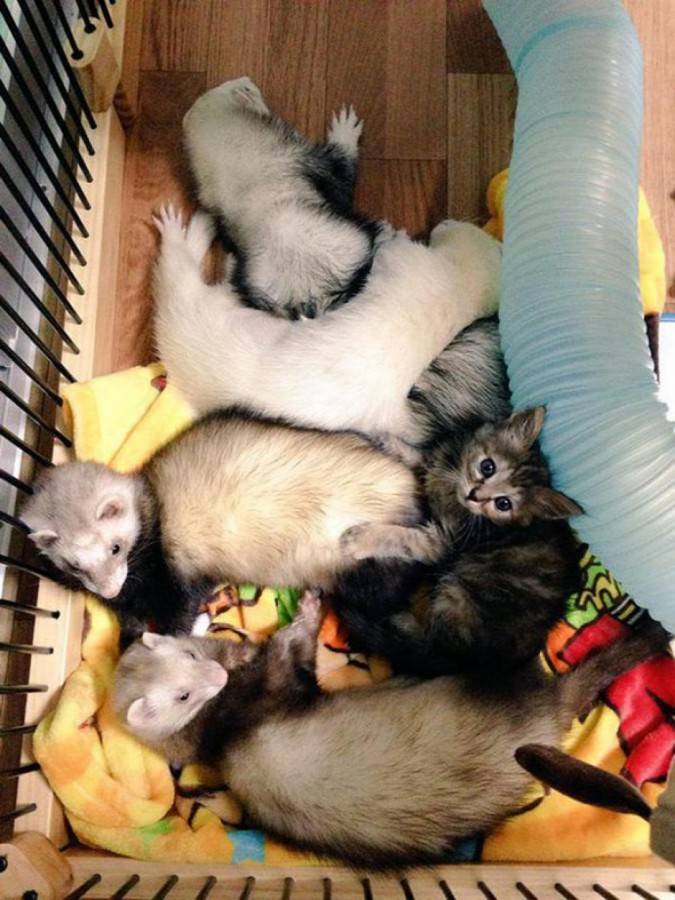 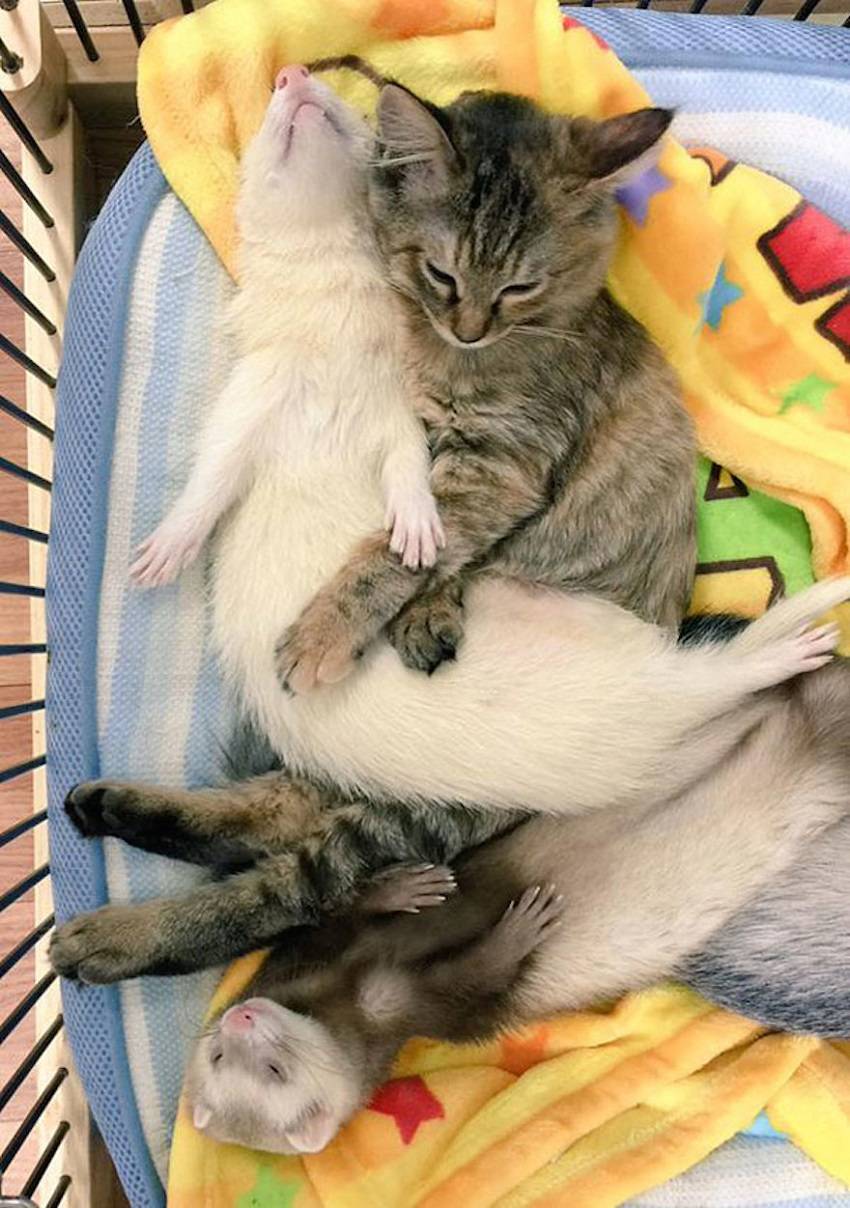 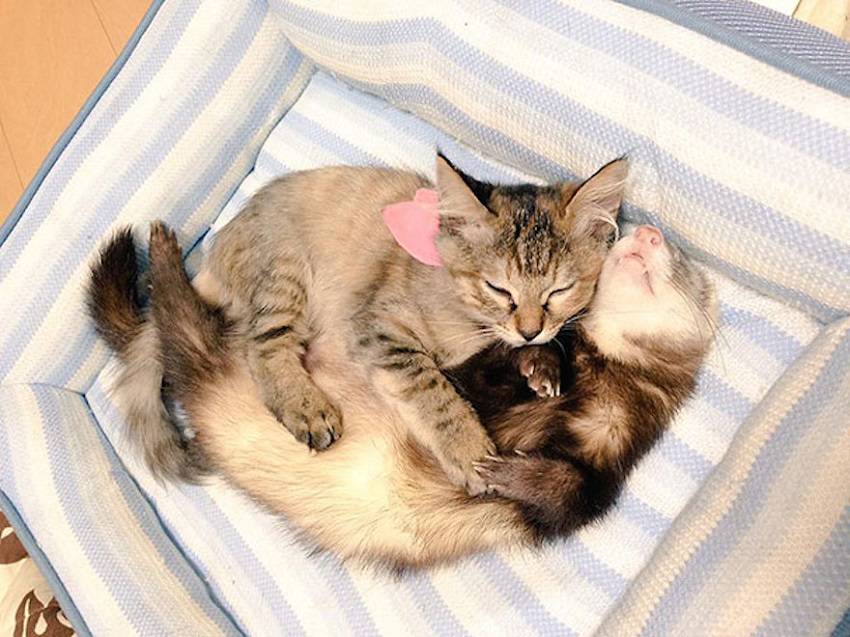 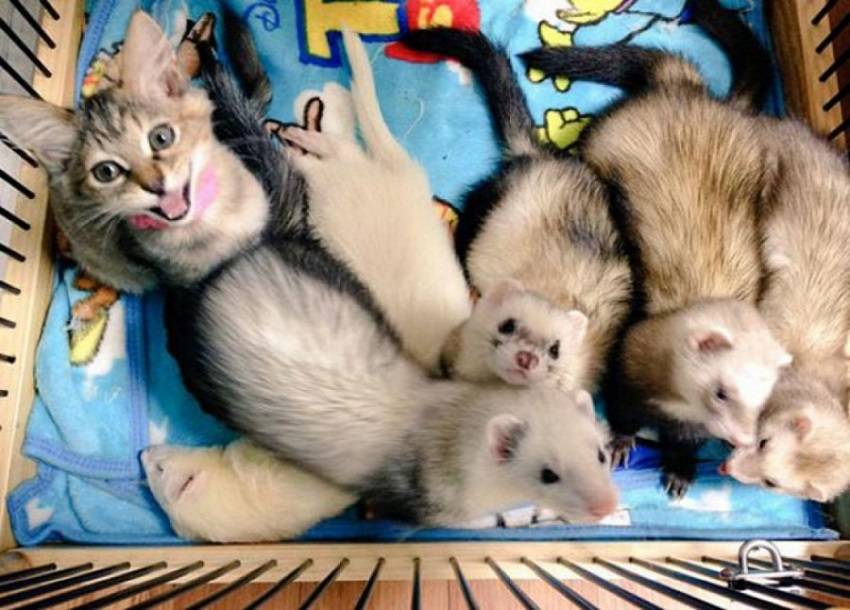 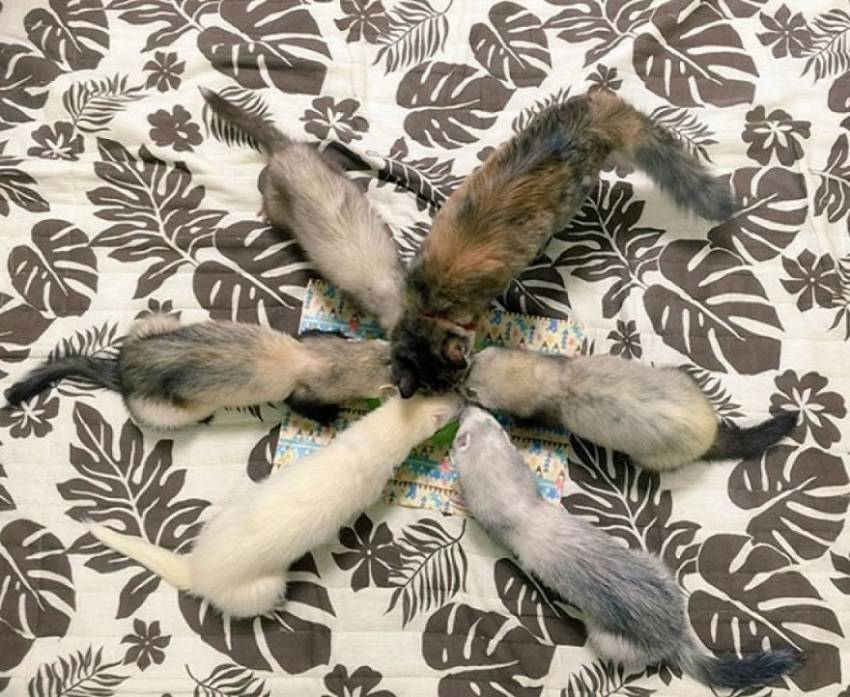 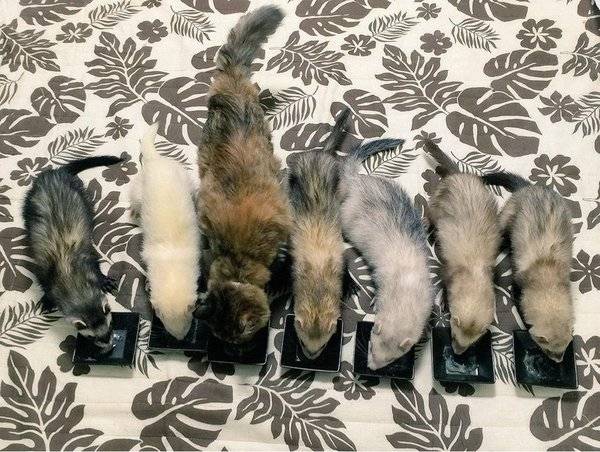 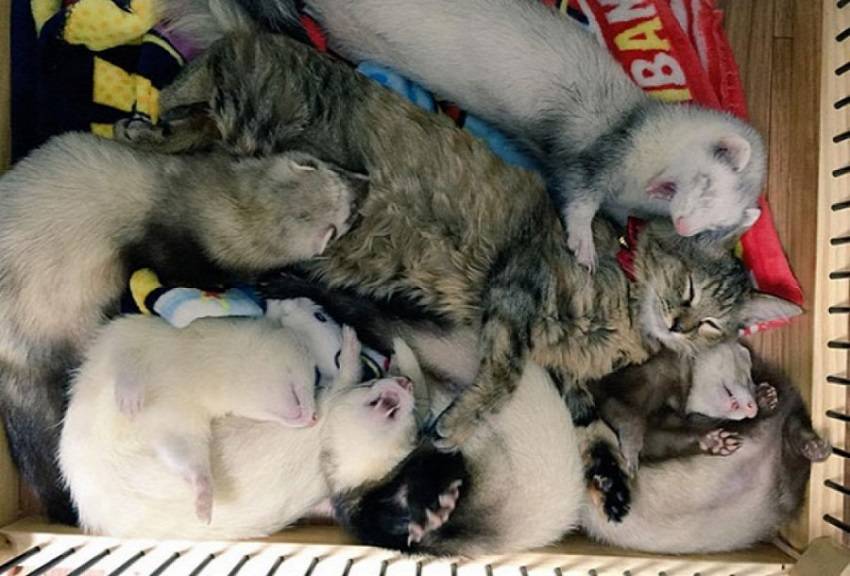 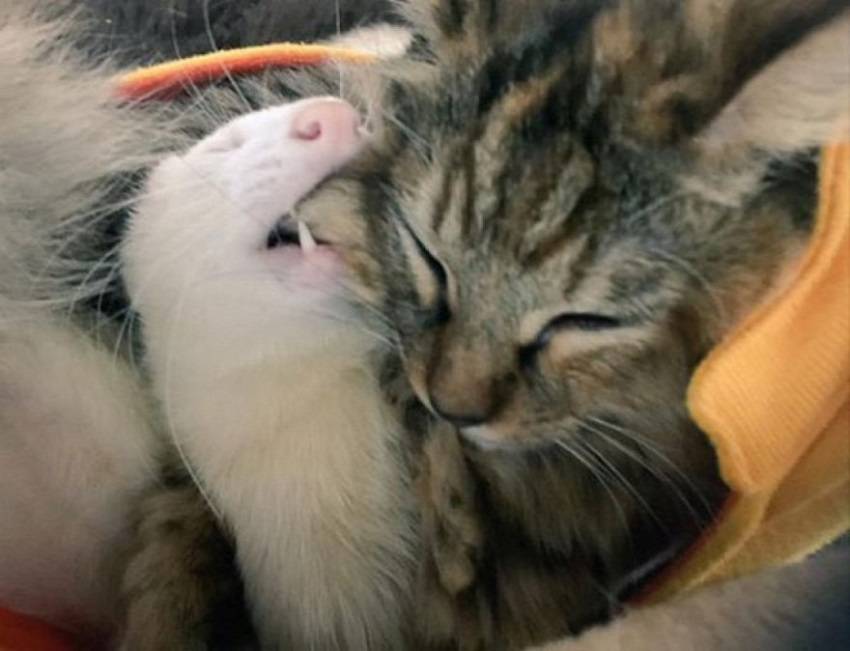 And they all seem pretty happy together 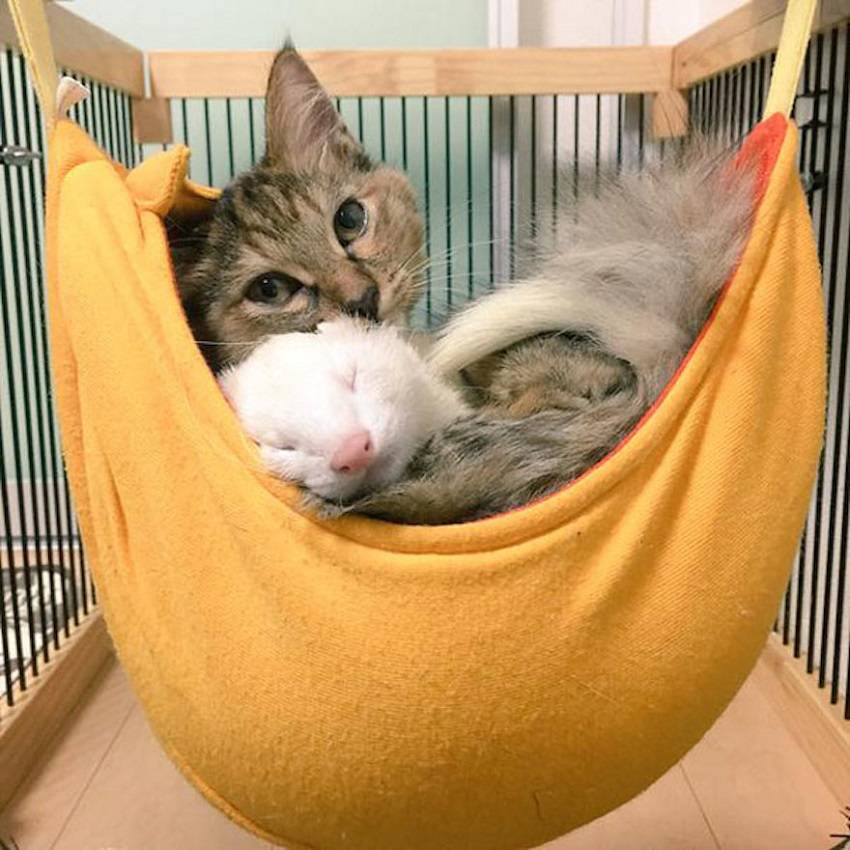 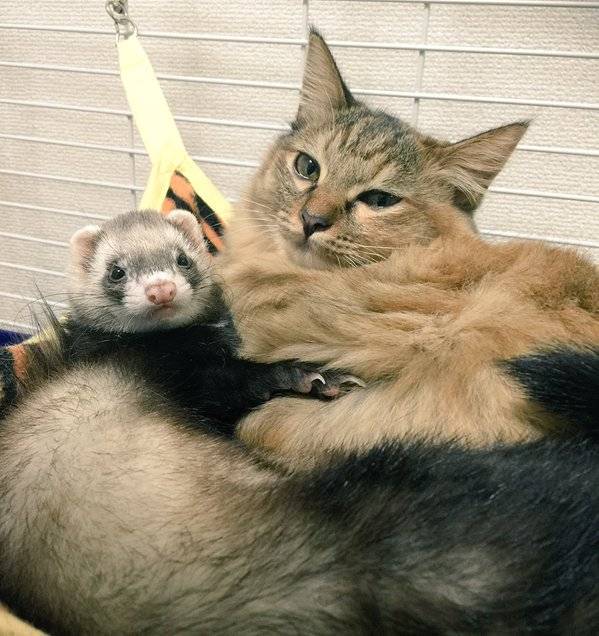 Check out this short video of the lovely cat-ferret family: