San Diego has lots of hidden treasures. From family destinations to UFO tourist attractions, you will certainly find an interesting place to visit.

Kuma Bonsai is the only bonsai nursery in San Diego that has survived the test of times thanks to Cindy Reed’s massive effort since the late ’60s.

All the plants here are trimmed and arranged by Reed including a 3-inch-tall tree that’s 35 years old, a mini cedar nicknamed ‘people catnip’ due to the leaves that give an amazing scent.

Her love for nature has surely turned into some sort of business given that she supplies bonsais to places like the San Diego Zoo Safari Park and the Balboa Park’s Japanese Friendship Garden.

Santa Ysabel mountain has a lot to offer if you are looking for one eye-catching artistic environment. Here, you will find James Hubbell an architect renowned for artwork like the Ilan-Lael, or in other words “a tree that belongs to God”.

In his 40-acre property, are ten buildings and an eye-catching two-storied bedroom playhouse built for his kids complete with a spiral wooden staircase and a mosaic domed bathroom.

Such is the attention this home is getting that it has become a landmark-getting visitors from around the country. In fact, it is open once a year for public tours with some lucky students getting a chance to undertake their internships here!

Are you looking for a cool place for couples and families? Well, two swings hidden at the University of California San Diego campus will do the magic for you!

Think of soaring above the bushes while getting an orthographic view of cars on the way to the Birch Aquarium. Another cool swinging bench shows of La Jolla Shore, best for couples looking for some quality alone time. If you are an adventurous couple, then you will also fancy a teepee hideaway with a tree house to take you up the eucalyptus.

Do you love camels? Gil and Nancy have 18 camels at Oasis Camel Dairy in Ramona that have entertained families since 2002. They are playful and give kisses plus you can get a camel ride or a public tour once a month.

Of course, there is an exception for special days. Of the 18, 17 are females who produce milk that is in turn used to make lotions and soaps. If you thought this ranch is only full of camels, then you thought wrong. This is a ranch is also full of Birds, horses, and many more animals!

Did you know that between San Diego and Yuma there is a desert view tower at Jacumba built in 1920? The five-story-tall landmark will afford you an incredible panoramic view of the South Sea, sand dunes not to mention that across it, there is an entrance to Boulder Park.

This park has some attractive caves that are complete with 18 animals carved out of granite. Amazingly, the carvings have been standing out since 1933 but what’s even more remarkable is what you will see at the end of the trail. Just go see for yourself!

The Munchkin House in La Jolla

You might just presume that this is just another home with a good view, but in reality, it is one of the urban legends in San Diego.

The myth is that this landmark was built by munchkins but in reality, it was designed and constructed by a famous architect.

The other fact is that the short stature of the house is an optical illusion. Did I tell you that you will get a marvelous view of the Pacific Ocean from this place?

At Writerz Blok, Graffiti is art 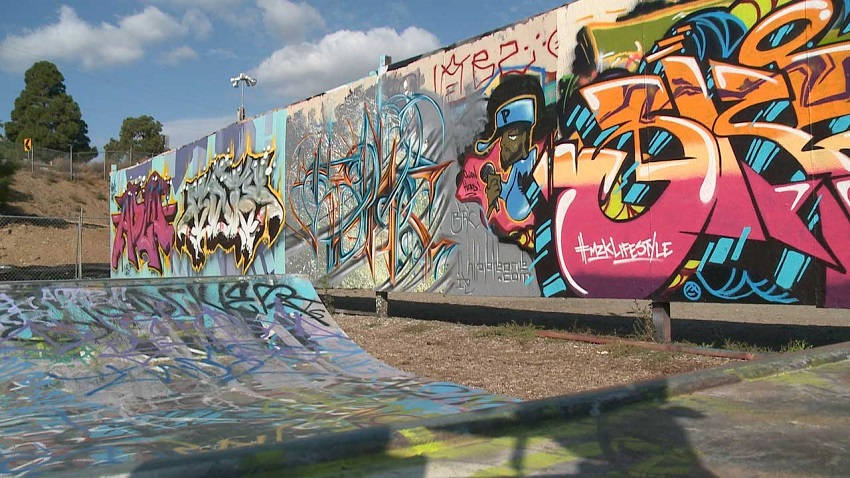 It’s said that your imagination is your limit and at Writerz Blok-in Chollas View founded in 1999 is a place to stretch out your imagination. People of all ages come out to paint and see other people’s artistic work.

The beauty is that graffiti is legal in this place. So, expect creativity at its utmost best in this place. Also, it is free and open for anyone to visit no wonder the place is booming.

For those who love extraterrestrials, Jacumba is the place to visit. A passionate resident had the guts to put up a cosmic collection of aliens figurines and flying saucers over the past 10 years and it has received massive attention.

The display has grown over the past few years thanks to donations from curious fans from around the world and it is bound to get better in the coming years.

Few people know about the Chula Vista salt mines when in fact the mines have been around since 1800. This is the place where natural energy from the sun is used to extract salt from the ocean, which then produces commercial salt used in livestock feed, jet fuel, and water softening.

Just try something like a bike path through Swiss park to check out this gem and see the endangered species that call this place home. 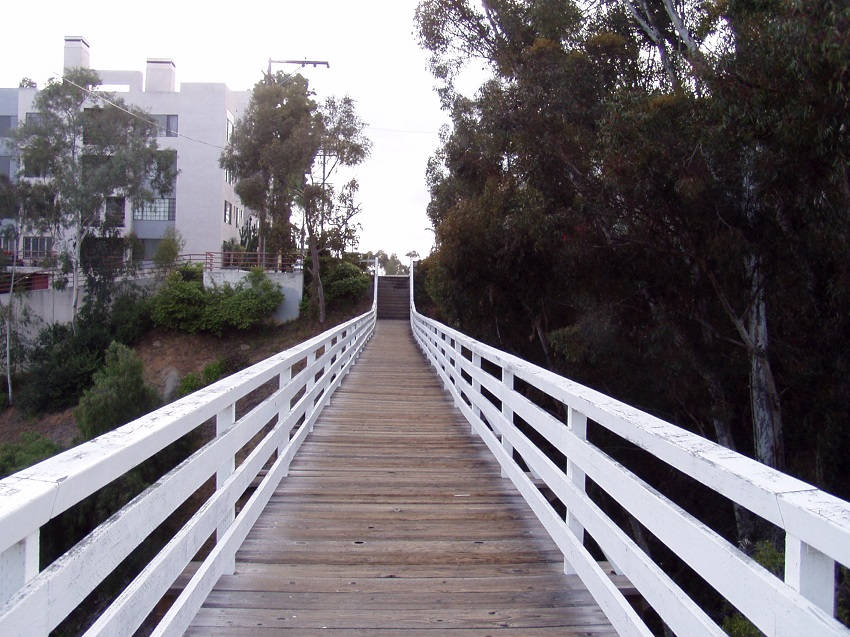 It is not every day that you see old architectural designs around you. The Spruce Street bridge built in 1912 and the Quince Street Bridges built in 1905 are two designs worth your attention.

Tucked between homes in Bankers Hill, these two are actually more than a century old. Spruce Street connects Front and Brand streets giving a view of Kate Sessions Canyon.  Quince Bridge, on the other hand, delivers a great view of Maple Canyon.

On the Black’s beach in La Jolla stands a strange structure known as ‘the mushroom house’ built as a guest home in 1968 with concrete walls targeted at withstanding tidal waves and earthquakes.

This house has arguably the best oceanfront view in the whole of San Diego. What is even more interesting is the tramway that runs 300ft up the cliff whilst connecting to a multi-million dollar mansion on top of La Jolla Shores Lane.

Secret Stairs Concealed in the Hills

These three secret steps built by the City of La Mesa between 1910 and 1930 have since been converted to the city’s “urban walking trail.”  They were initially designed to connect the hillside neighborhood to form shortcuts but are now part and parcel of the beautiful aspect of the city.

A unique home designed by Edna Harper which sits on a hill in San Diego. In 1997, she turned her drawings into a dream garden with the help of her husband and gardener. The result? Whimsical creatures that come in a variety of shapes and sizes.

The Pioneer Park in Mission Hills is one of the earliest graveyards dating back to the 1880s when it was used as a cavalry cemetery. Headstones of those buried here were removed but their names are still in plaques at the center of the park.

Most people do not know that there is a fascinating giant carillon that plays a tune when struck in sequence. It was built in a San Diego bridge in 2003, with its exact location being the 25th street corridor between F and G streets in Golden Hill.

Last but not least, there is the Abode Falls, one of the only year-round waterfalls in San Diego located between Del Cerro and the San Diego States. Sadly, it was once a perfect picnic spot but is now being threatened by trash, drugs and graffiti that are tripling every year.

5 Most Interesting Places to Visit in India This Summer

8 Signs That You Were Born to Travel the World