When we think of the word “house”, we probably conjure the image of the conventional rectangle-with-triangle-roof shape, the kind we used to draw in our elementary grade pictures.

Nowadays, architecture is widely taken for granted; it is safe to deduce that in the corporate spirit of our times, architecture is mostly a means of accommodation and practicality; aesthetics are somewhat overlooked, especially in large cities (unless you live in the suburbs).

And let’s not even get started on the environmental uses or sustainability of most architectural structures.

Let’s admit it: most buildings are boring. They only contribute to stressing the modern person out and become yet another factor of psychological claustrophobia.

The antithesis of that, however, is a newly rising (though it has existed for a long time now) wave of architectural style, called organic architecture. We may as well call it the “mother” of “green buildings”. Organic architecture is not a new thing. The term was actually coined by a man who lived more than 50 years ago.

His name was Frank Lloyd Wright, and he was the very first man to come up with the concept, and in turn, inspire and teach thousands of other architects.

From his writings on that architectural style, we can see some of the principals of transcendentalism being reflected, and a yearning for Wright to reunite man with nature, without leaving him homeless and without shelter from nature’s wrath.

It is an argument of the movement that organic homes will not only be built with better aesthetics and a more natural tone, they will also represent a natural motif in their structure and design, thus emulating natural organisms.

Geometrical themes and moods, spanning from the material to the windows, interior decorations, even the way the house consumes energy, are meant to function in a holistic, interconnected and ever-existing, sustainable and recyclable way, working, in effect, much in the same ways that Mother Nature does; through the endless cycle of regeneration and transmutation of elements and life forms.

The organic architecture even has its own set of rules, called the “Gaia Charter”:

Organic architecture is not simply an architectural utopia. On the contrary; it is very much a reality, with examples such as Gaudi’s creations, Kendrick Bangs Kellogg’s “Desert house” in California (a structure seemingly integrated into the rocks on which it has been built), the breathtaking aquatic Nautilus House in New Mexico and the ephemeral Sphere Houses on Vancouver Island.

Each and every one of these homes is not simply cute little buildings that were made for 15 minutes in the spotlight, simply to be forgotten later and replaced by the next new fad.

They are the embodiment of a set of principles that seek to develop sustainable, environment-friendly homes that bring people back in touch with Nature, the place where we all come from and belong, and the place that we so sadly pillage neglect, and exhaust for decades.

Here are some of the most famous organic houses: 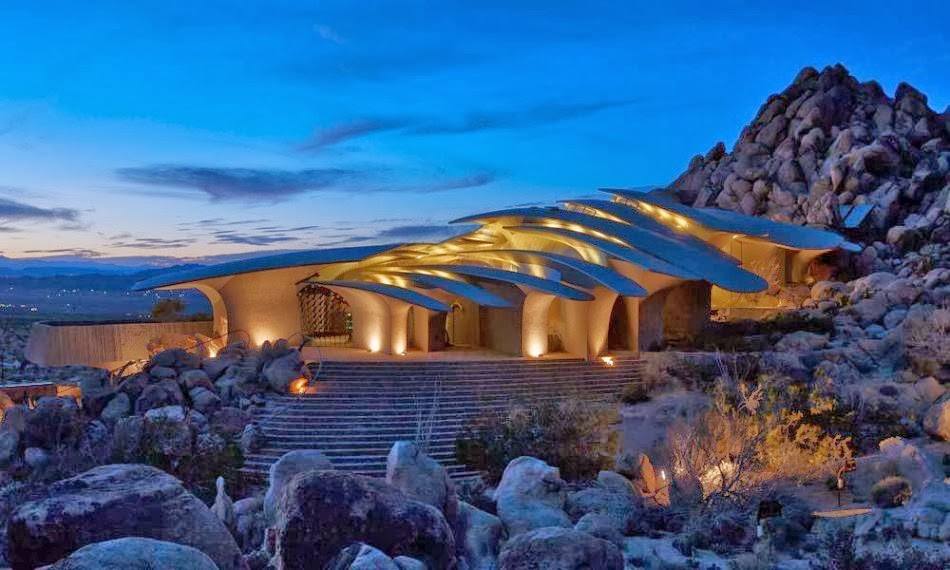 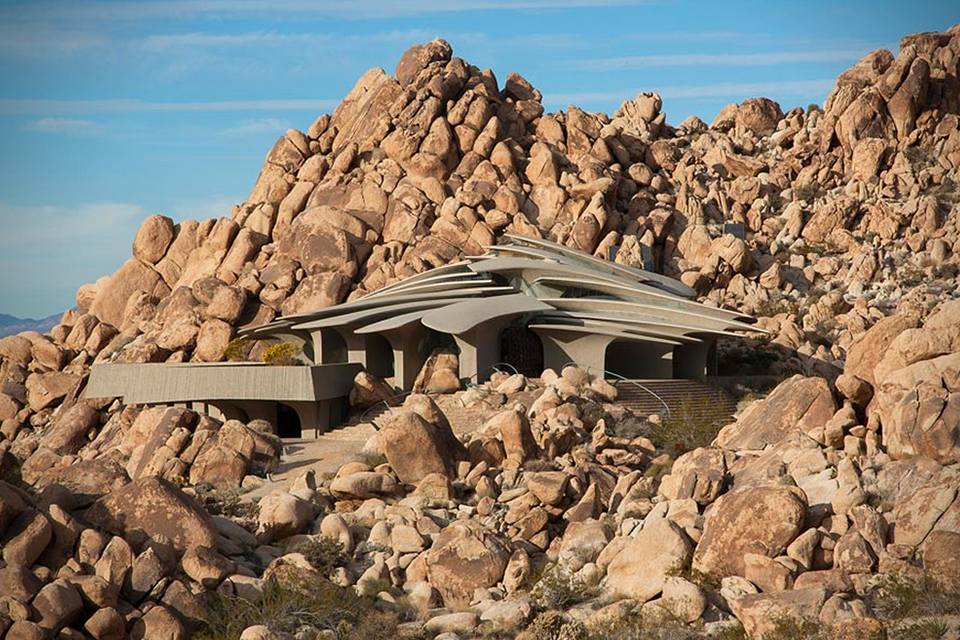 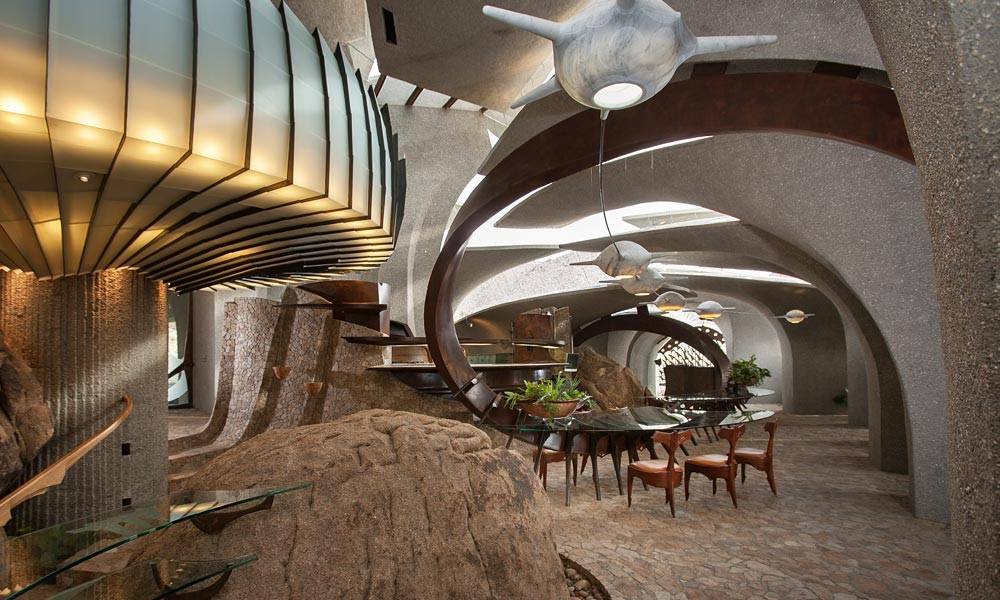 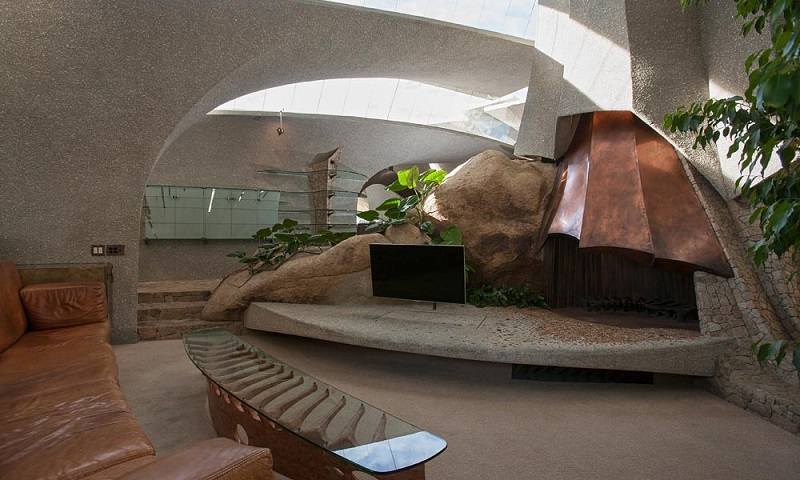 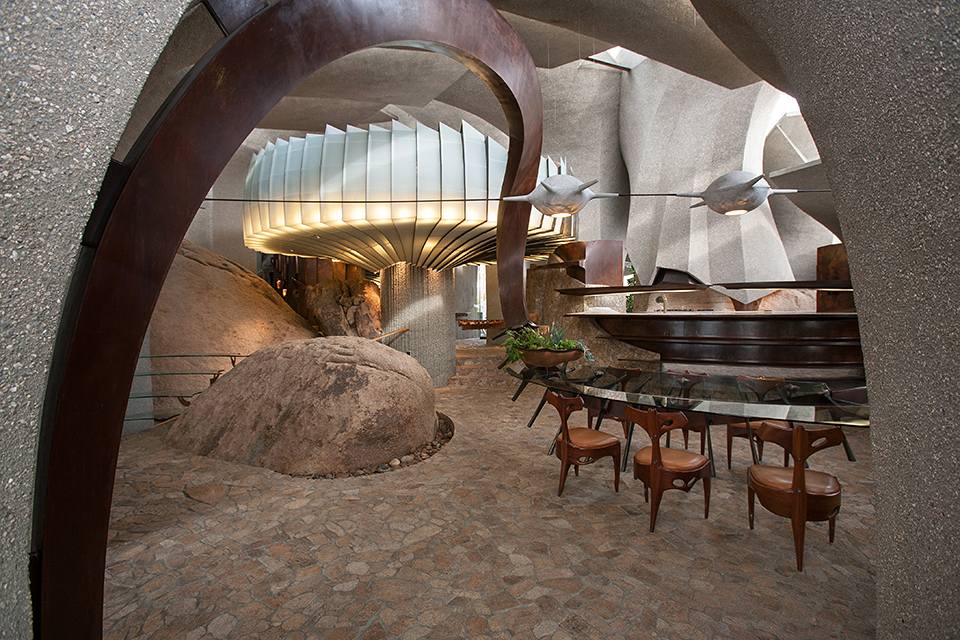 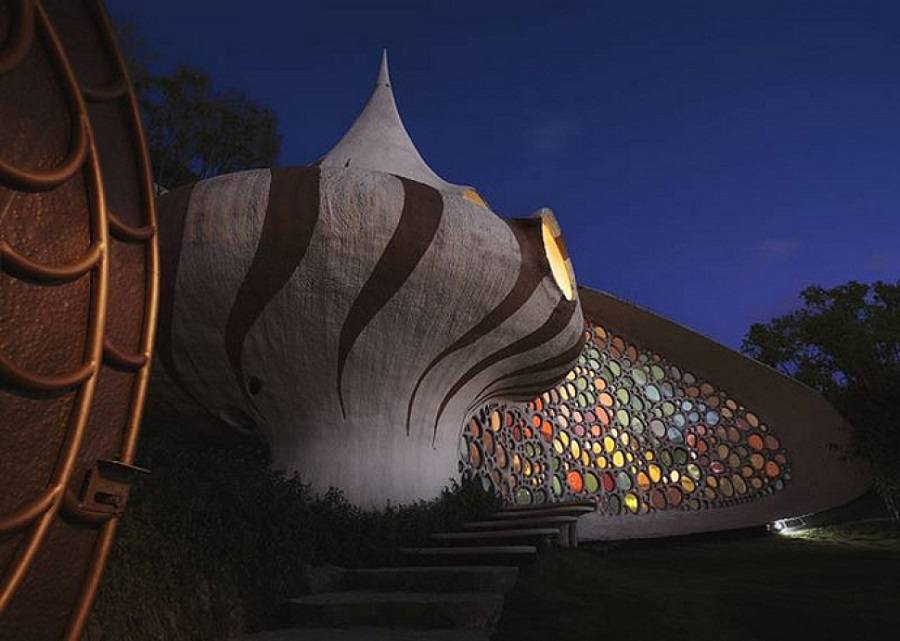 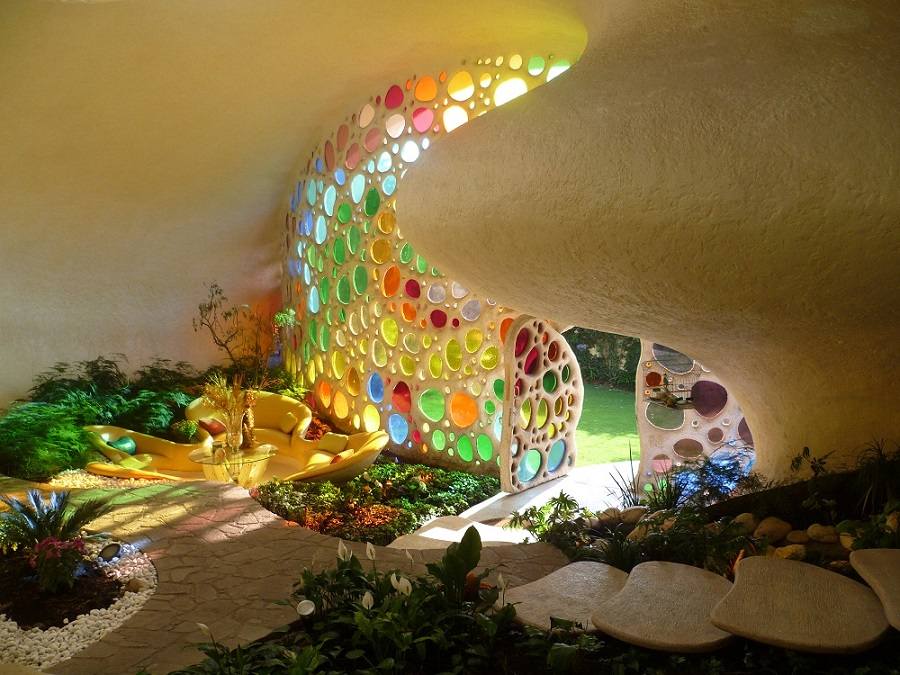 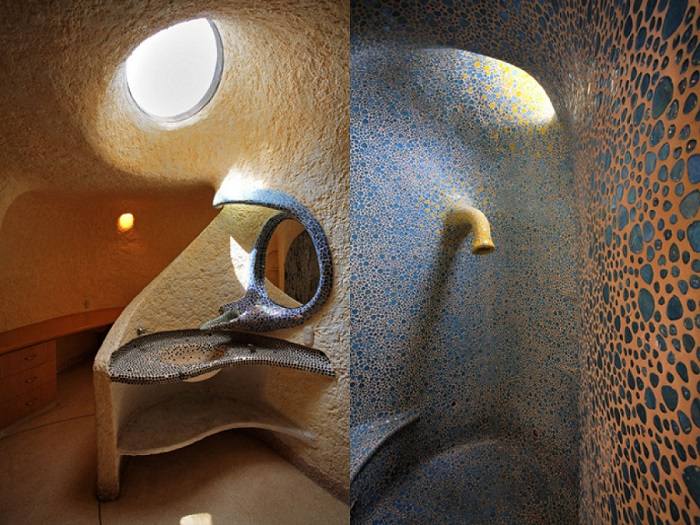 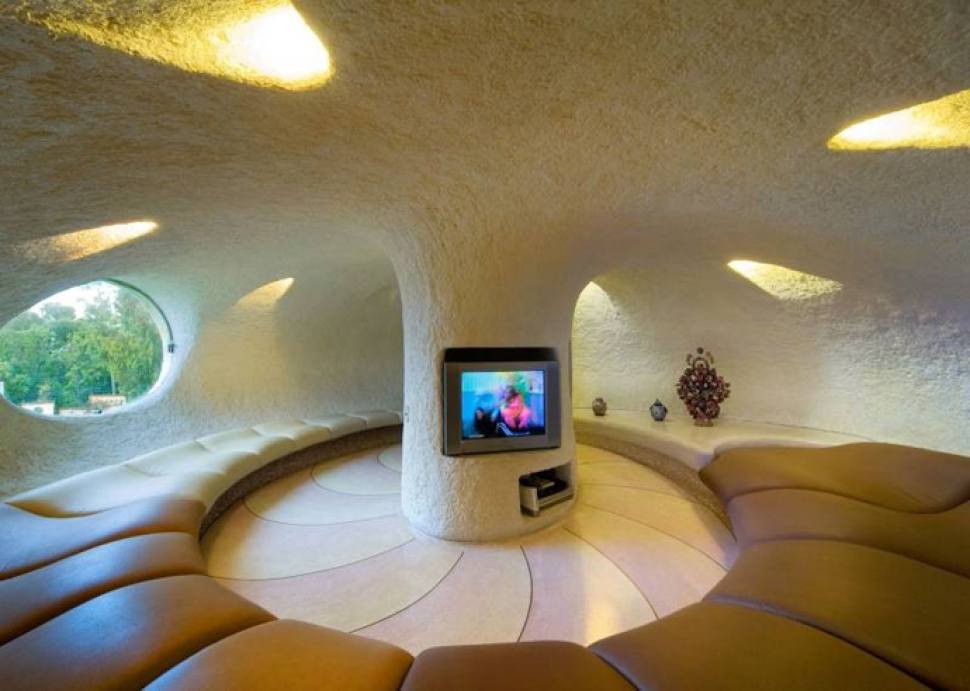 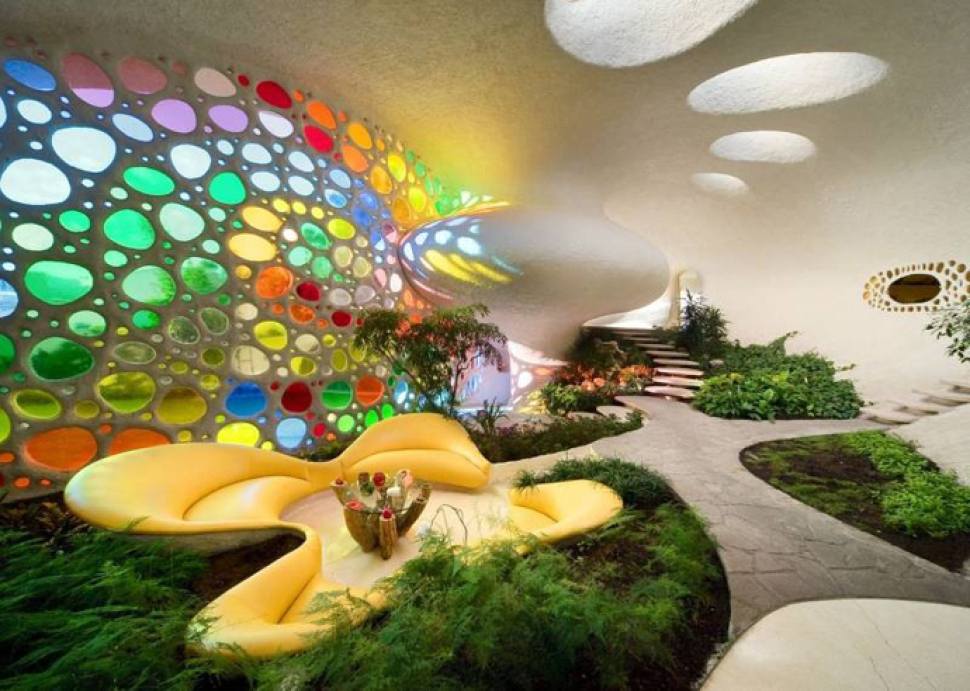 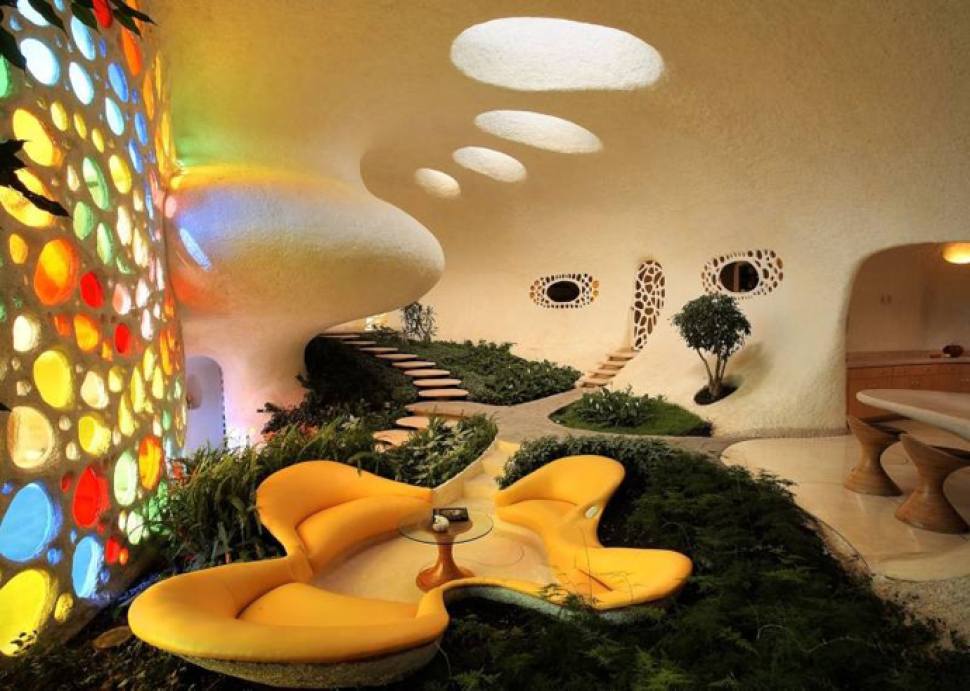 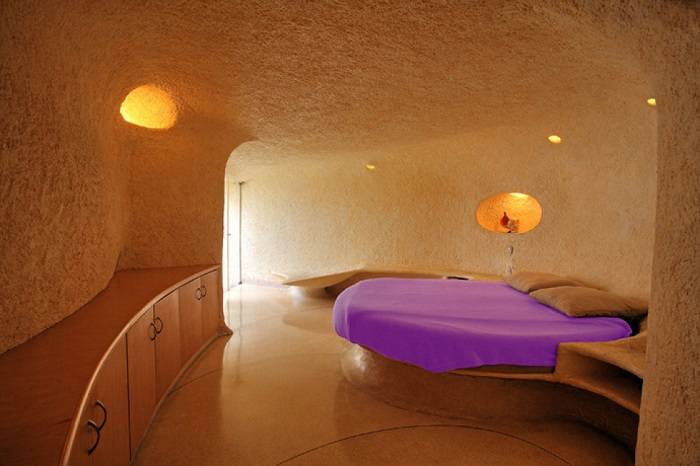 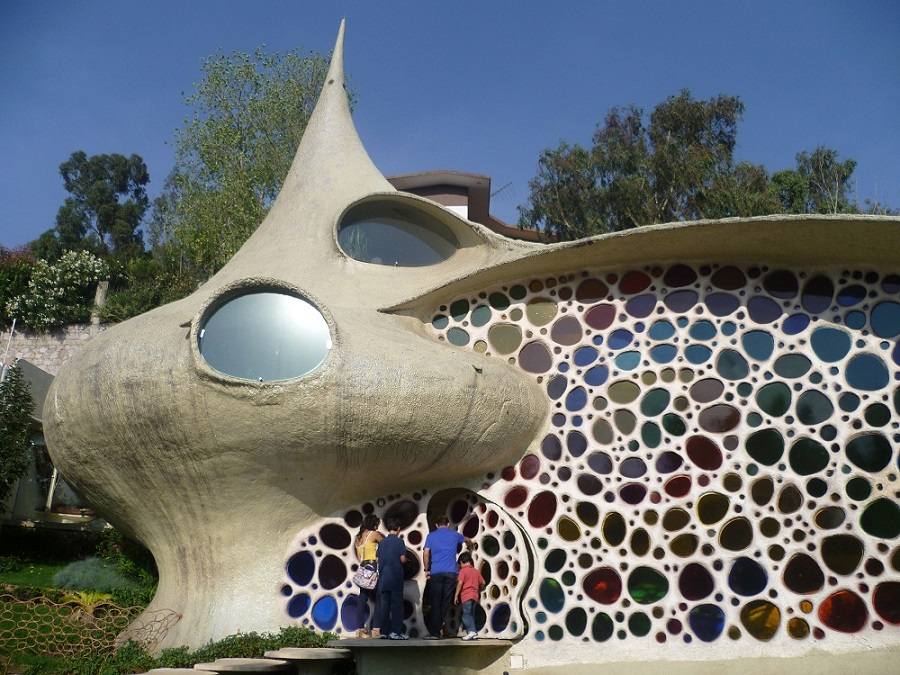 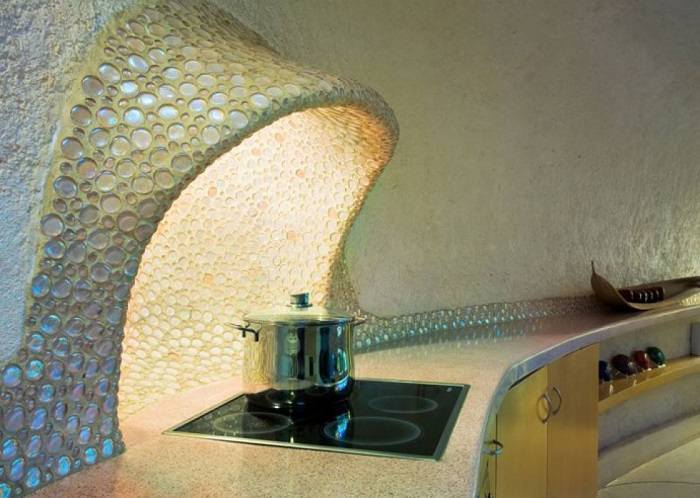 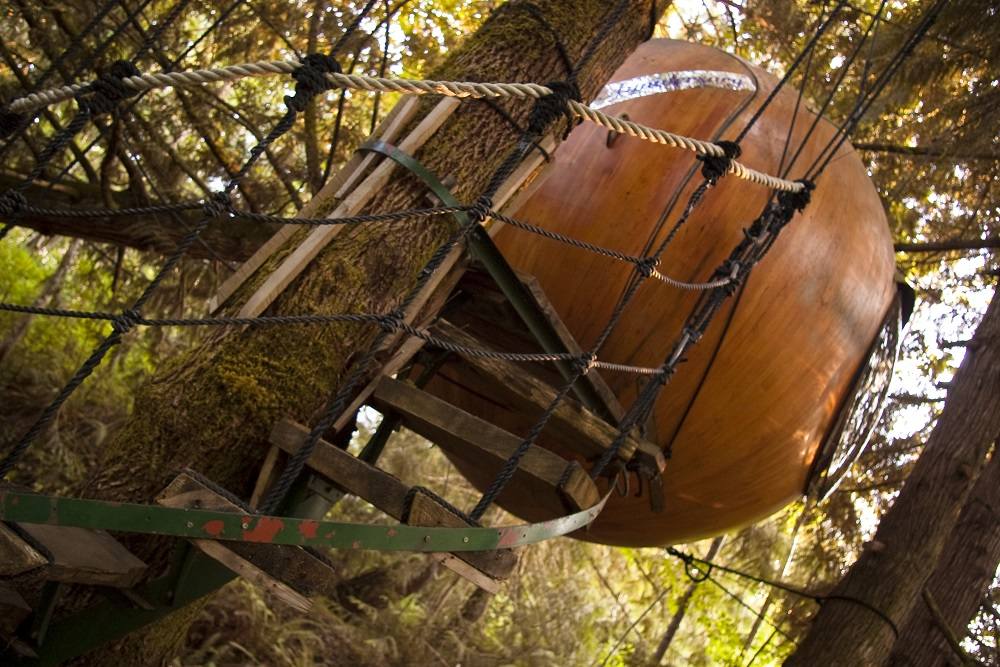 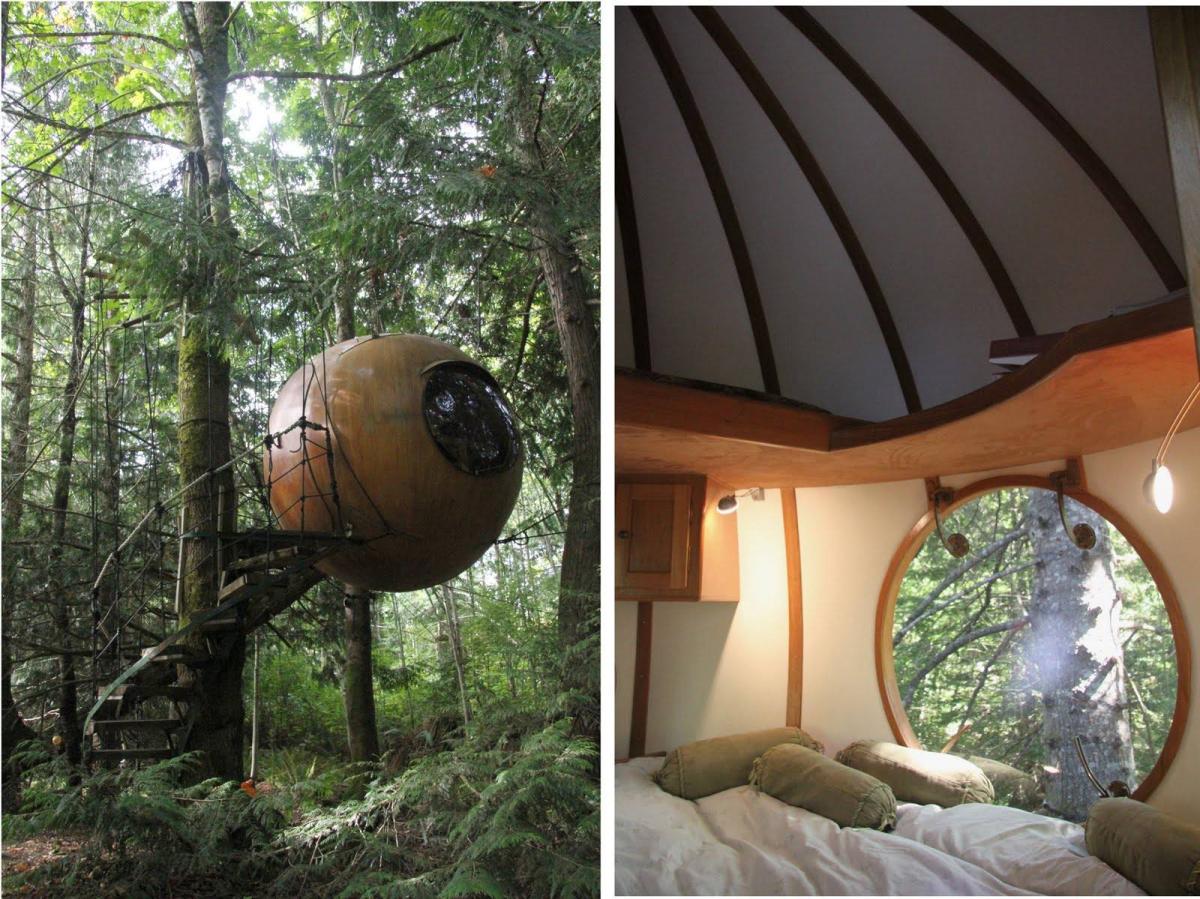 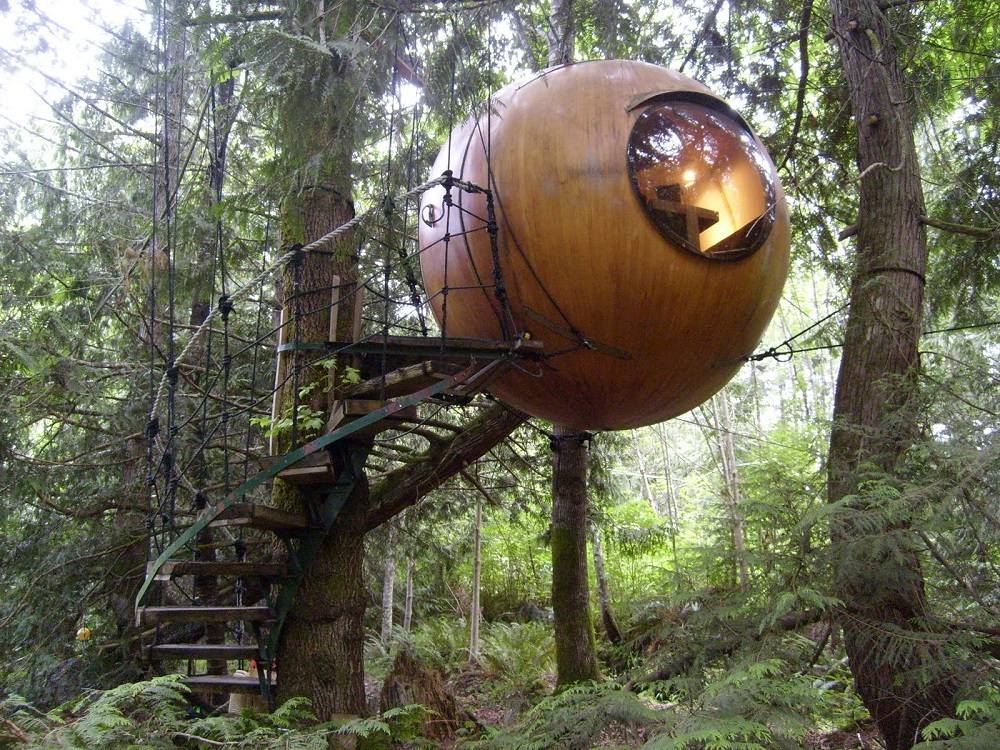 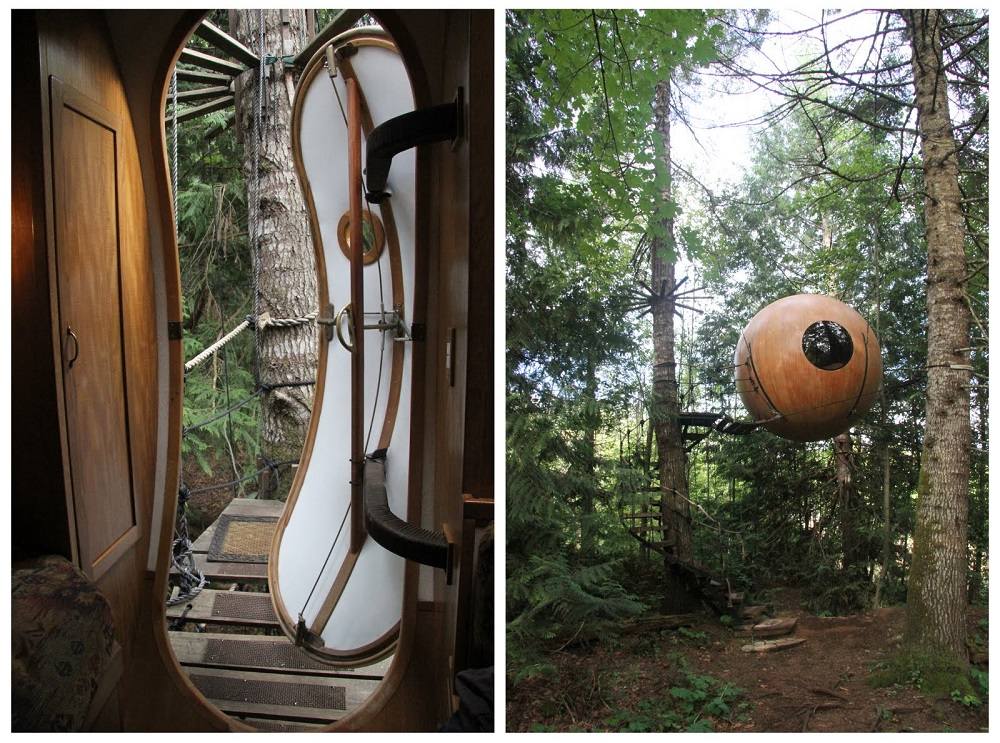 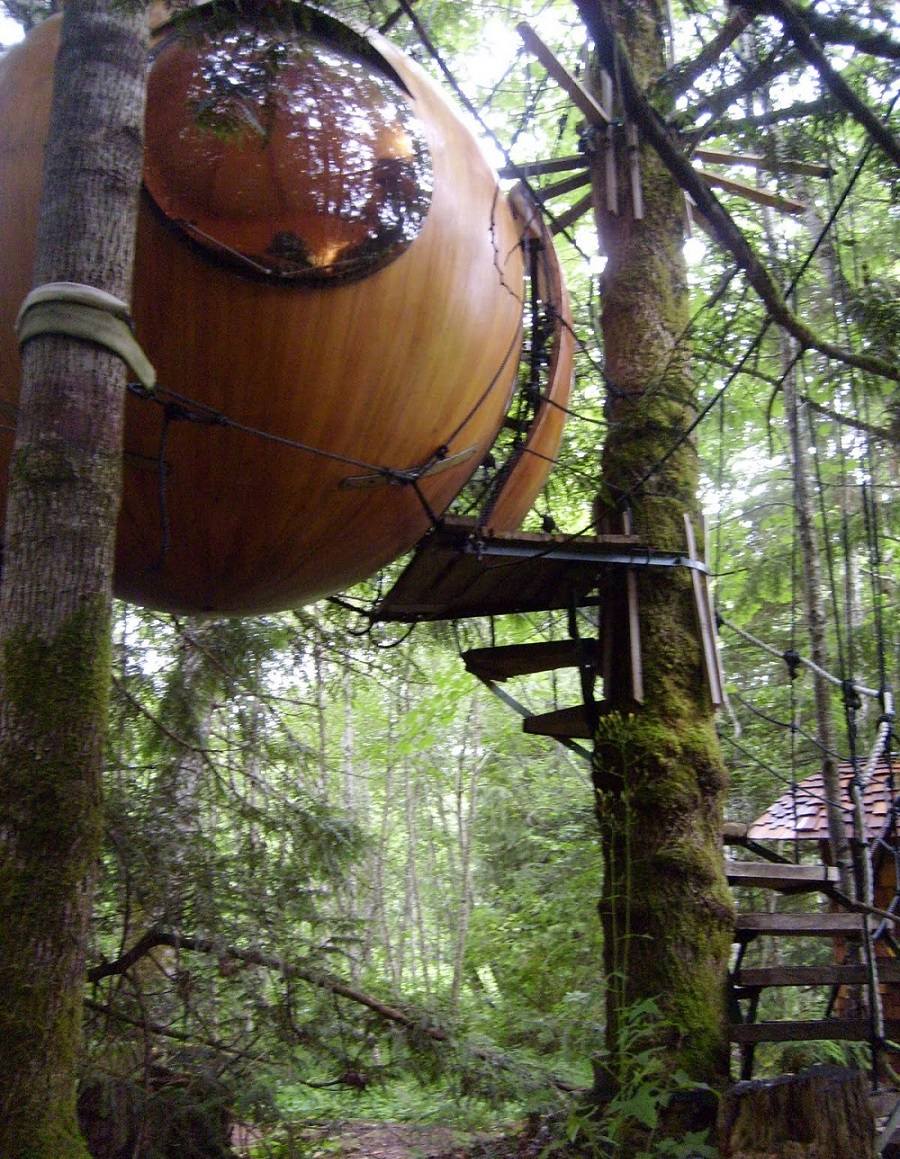