Experts diagnose mental disorders by examining the symptoms and signs shown by their patients. Sometimes other conditions masquerade as depression.

Symptoms of mental disorders are described by the individual, while signs are observations of other people and the doctor. For example, if a person has a lot of crying episodes it may be a sign and symptom of insomnia. It does not necessarily have to be depression.

In order to reach an accurate diagnosis of mental disorders, specialists need to do a number of medical tests and oral interviews. For example, a typical interview can be performed with the patient or a member of their family. A psychological test or questionnaire might help a lot to reach the final diagnosis.

In the end, a series of medical laboratory tests can be requested by a doctor or a mental health specialist. Let’s see some of the most common mental disorders that may be confused with depression…

Sometimes the diagnosis of depression is misleading us when there may be other mental disorders. Experts believe that the person must exhibit at least five of the symptoms listed below. The symptoms must appear most days or every day, for at least two weeks.

Sometimes, these symptoms are more pronounced in the morning and disappear during the day.

In phase one of a depressive episode a person may have: 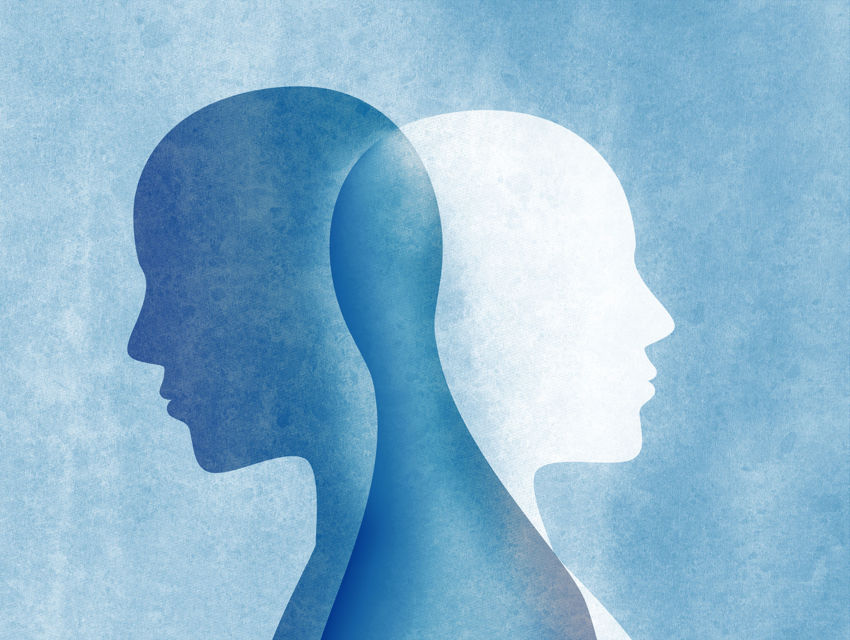 Bipolar disorders have been previously called “manic-depressive psychosis.” As the older name suggests, people with bipolar disorder will have severe mood swings. These changes typically take several weeks or months and go far beyond what most of us experience.

How common is this problem?

About 1 person in every 100 adults has bipolar disorder at some point in their lives. The symptoms usually begin during or after puberty. Men and women are equally affected. We can talk about a real bipolar disorder when at least three of the following symptoms occur simultaneously.

These symptoms are accompanied by euphoric or irritable mood, and they are present throughout most of the day, nearly every day for more than one week. Most symptoms of mania are opposite to those of depression.

In the phase of a manic episode a person may have:


Most often, the mood change does not come out of anywhere. Sometimes, circumstances of a person’s life, even if they seem insignificant, may trigger this change, which usually begins to appear with some warning signs that indicate that something is going to happen.

The first few times, it is more likely that the person with bipolar disorder may not notice these signs. Gradually, however, you can only learn to recognize it, or with the help of a partner, family or friends. The warning signs are usually different for each person.

Sometimes patients and doctors can overlook the possibility that a person may have a problem with the thyroid. Symptoms of hypothyroidism are fatigue, exhaustion, lethargy, difficulty in concentration and excessive sleepiness. This can lead to feeling very intense sadness, even despair.

Other symptoms that may be associated with a subnormal thyroid are:

Depression is more present in people with hypothyroidism. People who suffered from hypothyroidism should receive adequate treatment of the thyroid problem. This way they will significantly reduce the symptoms of depression.

Chronic Fatigue Syndrome is defined as a long-term, severe, debilitating fatigue without muscle weakness. Causes that might explain this situation are still not known. Depression, anxiety and similar diagnoses of mental disorders typically have similar symptoms to chronic fatigue syndrome.

Treatment consists of rest and psychological support, which often includes antidepressants. The definition of chronic fatigue syndrome has several versions, with considerable diversity among patients who meet the criteria. Prevalence cannot be accurately determined. It is believed that every 7-38 people out of 100,000 have this disorder.

The frequency is so variable due to differences in the diagnosis. Both the doctor-patient relationship and social acceptability are very important factors in determining this disorder. It is known to be slightly more common in women.

Based on research in clinics, when treated properly, patients can continue with their everyday lives and activities, but not always in the level as before the appearance of the symptoms. A lot of rest and relaxation can greatly help.

According to the results of a new study, depression may be a consequence of diabetes. A lifelong metabolic disorder and constant fear of complications can lead to the development of a depressed mood.

Correspondingly, depression may also be a factor in the occurrence of diabetes. According to scientists, high levels of cortisol (the hormone related to stress) are found in the bodies of people who suffer from depression. Glucose levels are elevated and contribute to the occurrence of type II diabetes.

In addition, people with depression tend not to watch their diet and consume large amounts of sugar, which can result in diabetes. In periods of low blood glucose levels, especially in hypoglycemia, some people with diabetes experience negative mood swings. A depressed mood leads to negative effects such as low blood glucose control.

The coexistence of diabetes and depression results in reduced effectiveness of the medication. It’s important to distinguish and treat both of the conditions accordingly and in respect of one another.

10 Toxic Substances Found in Foods You Probably Eat Every Day

How to Lose Back Fat with These Exercises and Lifestyle Changes