Wildfires raged through Australia. With the help of a dog named Bear, rescue teams have finally been able to cut down losses of the animal population.

It’s been a crisis for quite some time now. Australia is burning. And what’s worse than that is plants and animals alike are paying the heavy price. It is estimated that the number of animal deaths is nearing the billions, many of which are Koalas.

The reason why the Koala is taking the worst of it is that they are slow movers and stay high in the trees – trees that are consumed by the fires in minutes.

One animal brings hope to many more

There is a silver lining in this horrific story, however. A dog named Bear, who was abandoned as a pup, has been recruited by The International Fund for Animal Welfare (IFAW), to locate the remaining Koalas in the affected areas.

While the group already had a team of 5 dogs, they welcomed the Border Collie named Bear into the rescue and responder group. He was more than ready to do his work.

How did Bear get this job?

Well, Bear is a special dog, at some point diagnosed with obsessive-compulsive disorder. He was adopted as a family pet when abandoned by another family. It seems his second family couldn’t handle his energetic nature either. The family quickly realized that Bear was too much. But don’t get sad yet. Bear still had a purpose.

Bear was carried to the Detection Dogs for Conservation Initiative at the Sunshine Coast University. He was tested to see if he could help with wildlife rescue efforts and he passed the tests. The bear was officially a rescue dog, able to locate Koalas and save many lives.

But not to worry, Bear isn’t allowed to go to severely affected areas, and he also wears protective gear for the job. And even though he hates the little doggy boots he has to wear to protect his feet.

Unfortunately, Bear doesn’t like to be touched by people, but he is energetic and works well with commands. I bet you’re wondering how he finds the Koalas, with the furry animals being so high up in the trees.

Well, Bear is a rare dog who can find the Koalas by the scent coming from their fur! He lays down by the tree to show rescue units where the Koalas are located. What a hero! 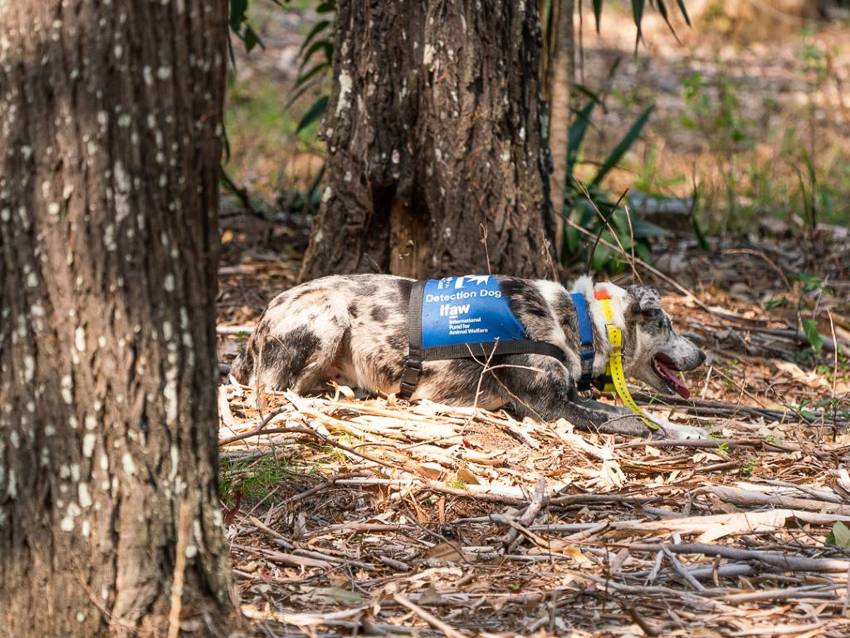 Bear, the border collie, does more than his share of work. It is wasn’t for him, many Koalas would never have been saved, considering they do not climb down from the trees and run. They climb higher and perish in the fires.

With Bear’s help, those numbers of deaths will be drastically reduced. Let’s hear it for an energetic pup with a skill for saving lives. What a beautiful story!

6 Swedish Christmas Traditions to Get You into Holiday Spirit

Gregory Kloehn Repurposes Trash Into Vibrant Houses for the Homeless