Pollution is a steadily rising issue in today’s world with Mexico City. Mexico, recently having to act upon serious levels of pollution and even environmentally conscious Portland, America has been struck by findings of poisonous heavy metals in the air and ground.

More worryingly, studies are linking environmental pollution to diseases and even death.

The World Health Organization estimates 8.9 million deaths per year due to pollution. Not only does pollution affect our health, but it also affects our economy as it places a major financial burden upon limiting our future economic development.

With our environment, health and pockets in mind, tackling pollution and its effects on the earth is now the job of all the worlds’ inhabitants. In June 2015, Coca-Cola unveiled the world’s first PET fully degradable bottles made entirely from plants.

The “Plant Bottle” was recognized as a breakthrough innovation at the Milan World Expo and since the launch of a 30% plant-based bottle in 2009, an estimated 315,000 metric tons of CO² has already been saved. 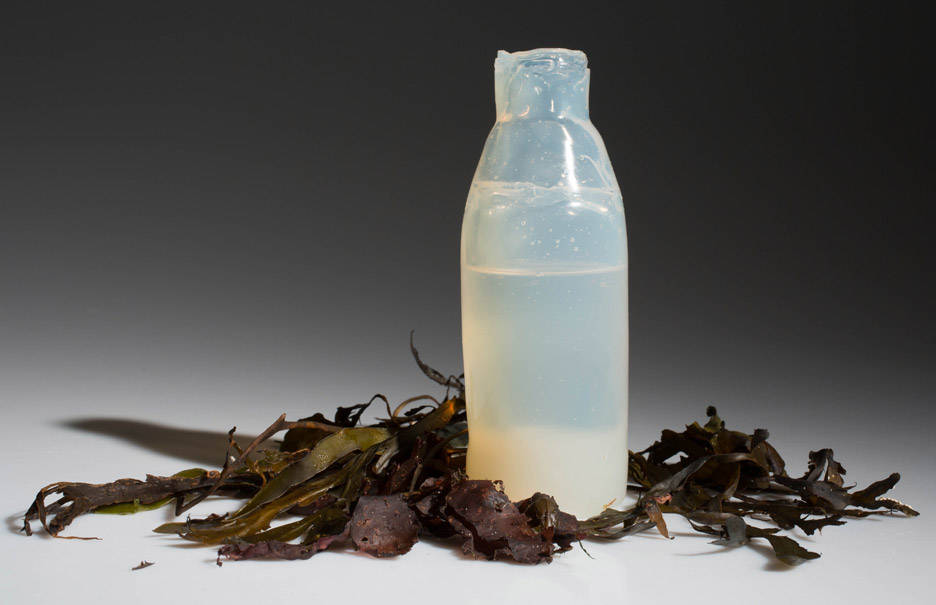 In the US alone, roughly 50 billion bottles are used per year. But this might change thanks to Ari Jónsson, the product designer. Bottles may not have such a negative impact on the world from now on.

At this year’s Reykjavik design festival, Design March the Icelander revealed an innovative 100% degradable drinks bottle made astonishingly from algae.

The algae water bottle looks just like a standard plastic bottle and holds its shape while liquids are within. Ηowever, once they are removed it starts to decompose.

With so many bottles being used today and with approximately 100 years needed for each to decompose, Ari’s invention is an absolute breakthrough.

The Iceland Academy of Arts Student felt a duty to produce this environmentally friendly product. After reading about “unreal”

After reading about “unreal”  levels of plastic used and disposed of on a daily basis and the lunacy of a one-use bottle that takes hundreds of years to decompose.

Ari was experimenting with a variety of materials until he stumbled across powdered agar made from algae. Once mixed with water, the powder becomes a jelly and can then be molded into the shape of a bottle.

As the bottle is made entirely from natural resources it is completely safe, but over the time, the taste of the algae may escape into the drink, however, if the taste is pleasing to the user the algae water bottle can also be eaten.

Known as the Ooho, this bottle is molded around frozen water to create a bottle resembling a water balloon once the ice melts.

While pollution poses a huge risk on our planet, we can still have hope in preventing and even damage with the likes of these environmentally friendly products – like algae water bottle, and the designers behind them.

Valerie Soleil, B.A., LL.B.
Sub-editor & staff writer at Life Advancer
Valerie Soleil is a writer with over 5 years of experience and holds a bachelor's degree in law and a B.A. in Psychology. She is a health & fitness enthusiast who constantly expands her knowledge about the latest trends in fitness and nutrition.

Why Do We Work? Humans Is the Only Species on the Planet That Works for a Living